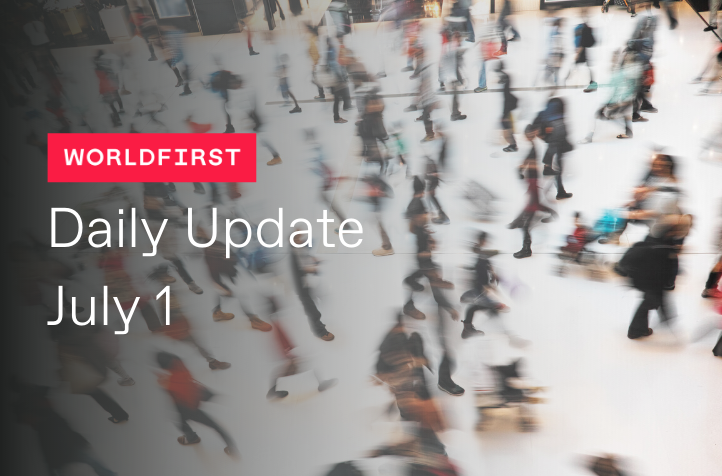 Overnight the UK released its Q1 GDP figures which failed to meet expectations. The GDP growth was revised lower than previous falling to -2.2% from -2.0%. Alongside this, private consumption was weaker than forecast falling 2.9% to -1.7%. Despite this, the Pound found some support against the AUD improving 0.3% to now trade at 0.5567 (1.7962).

Today, the leading indicator of Manufacturing PMI becomes available with the second reading expected to remain at 50.1. The Nationwide HPI is also out but isn’t expected to influence the market too heavily.

The Aussie dollar rises, breaking past the AUDUSD 0.69 barrier. Positive market sentiment remained stable at the end of Tuesday’s session backed by RBA Guy Debelle’s speech. As expected he followed through with an optimistic tone stating that recent data indicated the economy is doing better than originally feared, and further reiterated there is no intention to cut interest rates further. China’s PMI Manufacturing figures for June also came at a positive result, ending up at 50.9 showing an expansion. The Aussie dollar managed to capitalize on this and rise up as a result.

As Q2 comes to a close, the US is still battling with COVID-19 and they could shortly impose further lockdowns. This would be seen as a step backwards in the economic recovery efforts. Overnight, the Chicago PMI manufacturing index rebounded less than forecast from a 38-year low leading to the AUDUSD rate is trading at 0.6905 with the AUD gaining 0.56%. Also, Fed Chairman Powell and Treasury Secretary Mnuchin testified before Congress with an overall optimistic tone.

Tonight, ADP Nonfarm Payroll is due out with an improvement expected. Alongside this, the ISM Manufacturing PMI is also due for appreciation but is forecast to remain in contraction at 49.5.

Overnight we saw both French Consumer Spending and European Consumer Price Index beat forecasts. This led to a rally in the EUR against the USD, however, the AUD managed to outperform the EUR as risk sentiment moved in the AUD’s favour.

Today Germany, France and the EU will release their manufacturing PMI’s for June which will be accompanied by German retails sales and the labour market data. The forecast for the manufacturing PMI’s is to remain stable whilst the expectation is for Germany to see add 120,000 unemployed in June, which is expected to take the unemployment rate for Germany to 6.6% from 6.3%. It will be interesting to see if the rally in risk sentiment persists or whether the EUR can regain some losses off the back of the PMI’s. Currently, the AUDEUR pair is trading at 0.6145 (1.6273). 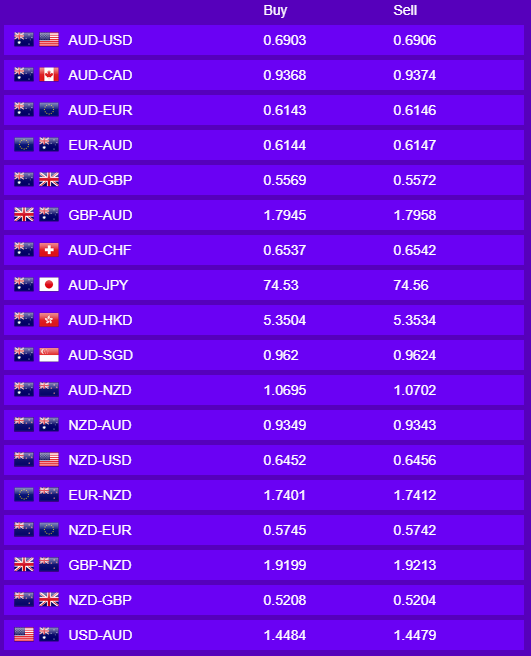 All rates shown are indicative market rates and should not be used for trading purposes. Prices correct as of 01/07/2020 08:40.