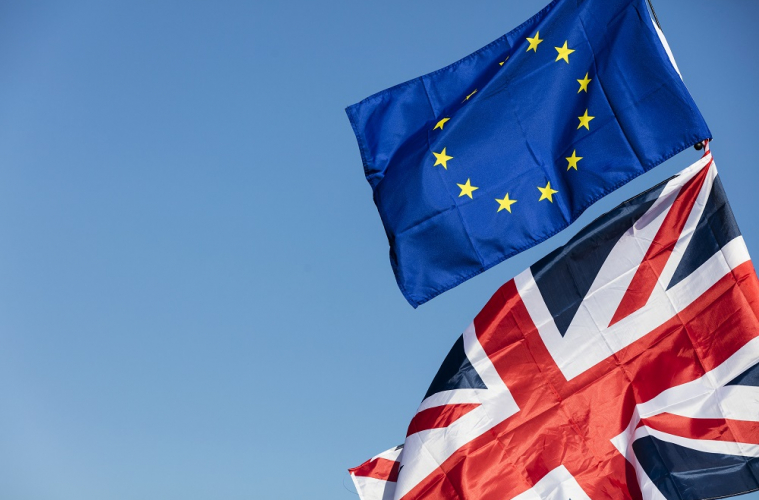 Brexit – The Final Chapter, a Touch of Sterling

Senior Currency Specialist Conor Power reflects on the past few years of Brexit and looks at what could be next.

Three years have passed since the United Kingdom made the decision to leave the European Union. A decision that was scheduled to take no more than two years from the trigger of article 50. This doesn’t take into account the two years of debating and campaigning that led to the vote on June 23rd  2016. So it’s been a long and exhausting journey and we may reach the next decade before this chapter closes!

A lot has happened since the decision was made to leave the single bloc. In theory, it has reshaped the process of how we view financial markets and more importantly, how financial markets operate. Markets are data-dependent.  It’s what drives currencies. Currency markets react to the data that is provided to them – labour conditions, inflation, growth, sector growth, national debt. You name it, it drives it. We call this cyclical FX. A currency profits when global/domestic growth improves, when investor sentiment is positive and its central bank pursues a relatively less accommodative monetary policy. Throw a major political event such as Brexit into this cycle and you remove the cyclical element of what we truly know and understand. Politics has emerged as the key and primary driving force of financial markets in today’s world. It seems markets have forgotten the data. The very driving blocks it once measured itself on.

UK politics has somewhat become a global soap opera, not dissimilar to a Christmas special of EastEnders. We have had divorces, departures, feuds, tears and laughter. It can be said that Theresa May was handed somewhat of a poison chalice from the beginning. The Conservative Party had somewhat disowned her from a very early stage and the uphill battle became somewhat evident.  Not only did May have to contest her daily battles with Labour, but she had begun to battle with her own party. This was when the cracks had really started to form.

The Democratic Unionist Party had somewhat held the PM over a barrel, holding the crucial votes needed to secure a majority.  The deal itself was not an easy task to execute. It took three meaningful votes for the bill to even have a chance of passing the houses of parliament, never mind making it to Brussels. Ms May’s cards were marked from the beginning and her tenure came to a swift end in 2019. Enter Mr Boris Johnson.

Johnson was seen to carry a certain power within the houses of Parliament, mainly from aristocratic benchers he had gained elegance from during his tenure as Mayor of London. Johnson’s approach of ruling with an ‘Iron fist’ did not receive the warm welcome he had anticipated.  Johnson received a backlash of criticism, not only from his opposition but from his own party. The big question at the moment is when will this saga end? October 31 or in 2020, the next decade!

Sterling Against the World – Hedging

Pre-Brexit, many saw the Pound as indestructible. The years post the financial crisis, Sterling regained most of its losses against the US Dollar, reaching over 1.71 in July 2014. To put this into context, that’s a 25% difference in 5 years.

This leads us onto one of the most mysterious words in the FX language for some, ‘hedging’. In essence, hedging translates to protection, it’s like sun cream for investors. If you are not hedged you’re going to get burnt. On the eve of the UK’s decision to leave the EU to date, Sterling has depreciated against the Australian dollar by almost 6%. At its low, it was down over 20% from June 2016 to date. For businesses and individuals, that’s a financial nightmare. How can one predict or factor in their exposure with swings that aggressive? Hedging.

There are various ways of protecting yourself in these situations, one of these solutions being a forward contract, allowing you to lock in a rate now for up to two years with a small deposit. This can be useful if you have a set amount of money to exchange. While you won’t benefit if Sterling strengthens, hedging will allow you to eliminate the ‘what if’ component of your FX exposure. It’s a cost effective way of managing your risk and planning your year out.

Get a great exchange rate. WorldFirst offer market-leading exchange rates, with transparent pricing and no fees on cross currency transfers. We’ve also created a special discount code of £20 off your transfer when selling Pound*. Simply sell your GBP for any eligible currency between 21/10/19 and 25/10/19. This can be entered online or quoted over the phone.

If you had one million pounds in 2015, and you waited until now, what you have lost is the price of a new Volkswagen Golf (if that’s your thing).

Markets strive off the data, or news that’s put in front of them. It’s somewhat of an addiction. When we factor in the unknown, investors tend to shy away, or sell the asset, otherwise known as shorting the pair. In the coming weeks, as we begin to learn more of what a future may look like in the United Kingdom in this new era, investors may start to feel more comfortable in what the future looks like, which may result in strengthening the Pound.

Will Sterling ever recoup its losses pre-Brexit? It’s hard to tell, one thing is for certain, the current progress, little that may be, is reinstalling confidence in Sterling Traders that the future of one of the longest standing currencies and economies has plenty more left in the bag. It’s a hot market out there, please wear some sun cream.

Whilst every effort is made to ensure the information is accurate, you should confirm the latest exchange rates with WorldFirst prior to making a decision.

The information published is general in nature only and does not consider your personal objectives, financial situation or particular needs and is not recommending any particular product to you.