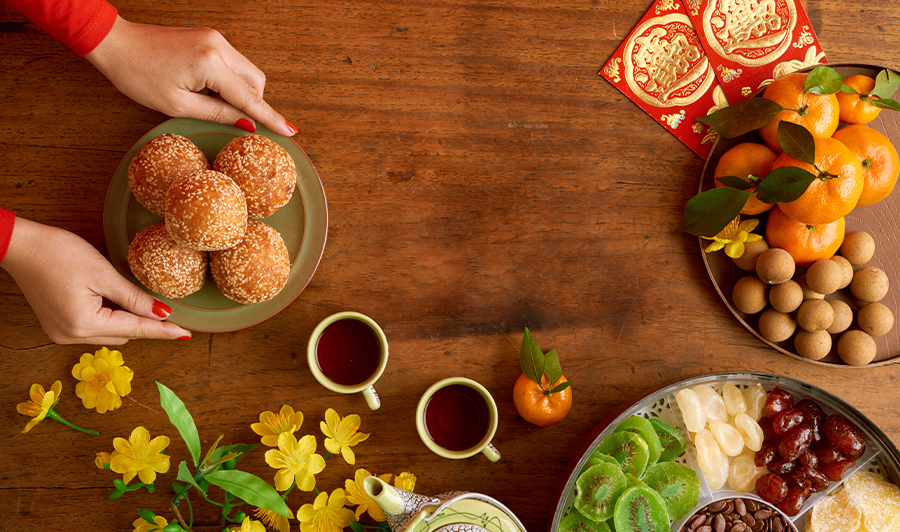 A seller's guide to Chinese holidays and traditions: e-commerce dates for your business calendar

E-commerce opportunities for your business are woven throughout the Chinese event calendar. Learn which ones you can target and start growing your business today.

Save the date! Or, rather, save these dates. Taking advantage of Chinese holidays and traditions can be the perfect way to complement your domestic business and increase your total revenue. After all, China is the largest e-commerce market by both the number of e-commerce sales and revenue in the world.

Officially, China has seven public holidays across the year, the dates of which are published by the government each November. Click here to view the current 2021 calendar, or here to see future events in 2022.

Given China’s vast and diverse population, the country also has a number of other culturally significant holidays and traditions that may be of interest to your e-commerce business. They’re not officially recognised, but that doesn’t mean they’re not popular — and they still offer lucrative sales opportunities. We’ll return to these other events in a later section; below are the seven main Chinese holidays and traditions that you should focus on.

Did you know that China has, traditionally, used a different calendar system than many other Western nations? Though modern China uses the Gregorian calendar (based on the earth’s rotation around the sun) for business and commerce, many cultural holidays and traditions within China are still determined using the lunar calendar system.

Despite these differences in calendars, China’s celebration of the international new year is an example of where the two cultures of modern and ancient China meet. Though the Chinese lunar calendar isn’t complete for another 6 weeks, people across China recognise and celebrate the beginning of the new year, according to the Gregorian calendar, on 1st January.

Public holidays within China typically last either three or five days. This year, because the 1st of the new month (and new year) landed on a Friday, the International New Year holiday period lasted into the weekend also.

Many retailers in China offer discounts as seasonal goods go out of demand, following a similar sales pattern to Western retailers during January sales.

Arguably the most famous Chinese traditional holiday, the Spring Festival, or Chinese New Year, marks the beginning of a new year according to China’s lunar calendar. This festival takes place in early February and is the oldest and most important annual event for Chinese nationals. The last decade has seen steady revenue growth as consumers lavishly celebrate with friends and family.

In 2022, the lunar new year will be on 1st February, and under the Chinese zodiac system, will bring the year of the Tiger. So make sure to wish your Chinese contacts ‘新年快乐!’ (or, Happy New Year!) on the day.

Chinese nationals typically enjoy spring outings and kite flying as the weather improves around this time of year also. Cold dishes are traditionally eaten the day before people visit their families’ shrines, with green rice balls, peach-blossom porridge, and snails cooked in soy and ginger enjoyed afterwards across the rest of the festival.

Labour Day, or International Workers' Day (or simply May Day), is another international holiday recognised by the Chinese government. Taking place at the beginning of May and lasting up to five days, this celebration focuses on workers’ efforts, their rights and their struggles. Businesses close during this holiday break, and workers get the chance to spend time with friends and family members.

Returning to China-specific holidays, the Dragon Boat Festival lasts around three days every June. This traditional Chinese holiday is especially old, dating back around 2,000 years. The Dragon Boat Festival celebrates Qu Yuan, a famously patriotic poet. Cities across China host races with contestants using boats shaped and decorated like the festival’s namesake to honour his death.

The month of June has superstitious connotations in China, and it is thought to bring natural disasters and illness to the country. For this reason, Chinese nationals celebrate wellbeing and health, taking part in outdoor activities to ward off sickness.

Finally, the Mandarin translation for ‘Dragon Boat Festival’ features a similar word to the number five. In addition to the festival favourites of traditional rice dumplings and wine, many celebrants enjoy foods with ingredients that play on the ‘five’ association.

The mid-Autumn Festival (also known as ‘Moon Festival’ or ‘Mooncake Festival’) is another ancient Chinese tradition, with similar versions seen across South East Asia. Occurring in late September or early October, the holiday is similar to Thanksgiving in the US, emphasising time with family.

Though the mid-Autumn Festival is the second-most important in traditional Chinese culture, the government only designates three days for its celebration, with the National Day being more important in contemporary China. Those celebrating during the Mid-Autumn Festival gather for lavish dinners, releasing lanterns in the evening and enjoying mooncakes, a traditional pastry.

Different regions of China have varying consumer preferences for their mooncakes’ shapes, ingredients and fillings. If your business partners with a wholesale bakery to sell these traditional pasties ahead of the festival, be wary of these regional preferences to maximise your sales.

Similar to the July 4th celebrations in the US, China’s National Day remembers the country’s founding, on 1st October, 1949. Unlike other Chinese traditional holidays that vary with the lunar calendar, China’s National Day is fixed to this date from the Gregorian calendar, with six additional days added, therefore making it China’s second Golden Week.

The Mid-Autumn Festival can sometimes overlap with the National Day holiday period due to variations in lunar cycles each year, and 2020 was the latest year to see this co-occurrence. Even in years where this isn’t the case, celebrations of the nation’s founding are large, with firework shows, food and cultural events blending ancient and contemporary elements hosted all across the country.

Other important Chinese holidays and traditions

Though the Chinese government officially recognises seven public holidays of varying length, China’s diverse population celebrate other traditions and cultural events. Below are some of the main ones to remember alongside the seven listed above.

The Lantern Festival marks the end of the Spring Festival, 16 days after its beginning, taking place around mid-February.

As its name suggests, lanterns are a central part of the cultural event. Lanterns are traditionally decorated with riddles and puzzles, which people spend time solving. Lion dances, rice flour treats and softly lit art pieces are also featured.

The Qixi Festival (or Double Sevens day) is China’s answer to Valentine’s day and takes place in August.

People celebrate the Chongyang Festival in mid-October by going on hikes and enjoying the chrysanthemum flower — including cakes and wine that feature its flavours.

The Chongyang Festival places emphasis on celebrating (and caring for) older relatives, including visiting graves of those who have passed and burning paper clothes as offerings.

No seller’s guide to Chinese holidays and traditions would be complete without mentioning Singles’ Day. Singles’ Day (or Double Eleven Day) stands in contrast to Double Sevens Day (China’s version of Valentine’s) and was initially a day for single people to celebrate themselves.

Since 2009, e-commerce platform Alibaba has offered discounts on goods in honour of the day, and has helped turn Singles’ Day into the largest e-commerce event in the world. The last decade has seen explosive revenue growth as consumers buy a range of goods to treat themselves, including skin care products, makeup, clothes, shoes, electronics, personal items and more. 2020 saw particular successes with e-commerce sites Alibaba.com and JD generating record revenues of over $115 billion - easily eclipsing Black Friday spending in the US and Europe combined.

Despite a migration to online sales events across the last 10 years, Singles Day tradition still offers people a way to meet offline for dates and the chance to find love. If your e-commerce business is eyeing Singles Day as a growth opportunity, make sure to do your research on popular goods across all consumer demographics.

Regardless of the e-commerce event(s) you choose to participate in next year, your business will need to handle currency exchanges from selling into the Chinese market. Thanks to advances in transportation and communication, selling in China is easier than ever, but it can still seem like a daunting task.

Time differences and physical distances can make business relationships seem out of step, but currency transfers need not be anymore. WorldFirst can help your business pay Asian suppliers like a local, with fast and secure transfers in renminbi, US or Hong Kong dollars or euros.

WorldFirst even offers same-day availability on 97% of payments made by users. All you have to do is authorise payments before the cut-off times and you can start improving your cash flow and build better relationships with suppliers.

Join over 240,000 businesses also using WorldFirst for their transfer needs. Find out more about our flexible accounts online or call 0207 801 1068.

With an account from WorldFirst, you can pay suppliers in their local currency and choose the best time to move your money. Open up to 10 local currency accounts for free and start collecting funds when it suits you. 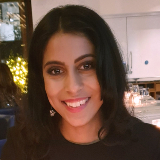 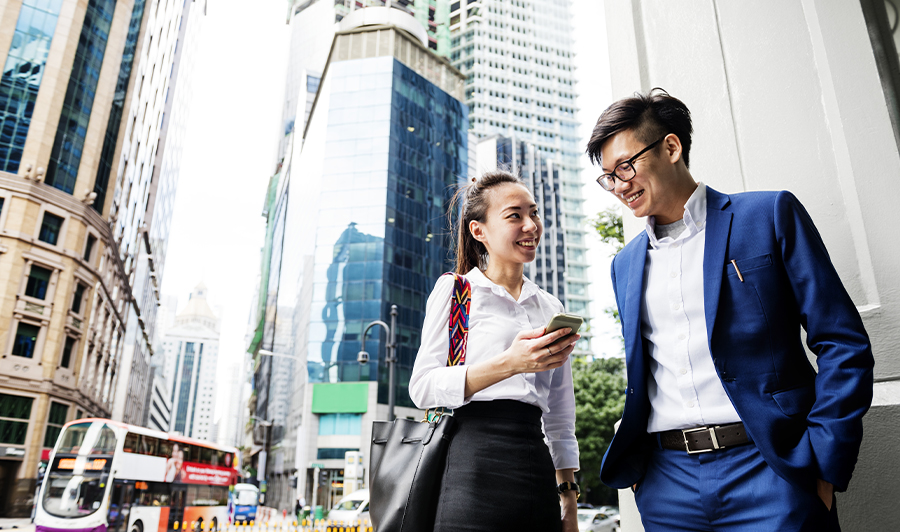 How to do online business in Singapore and Australasia

Learn how to optimise your business for success in Australian and Singaporean markets. 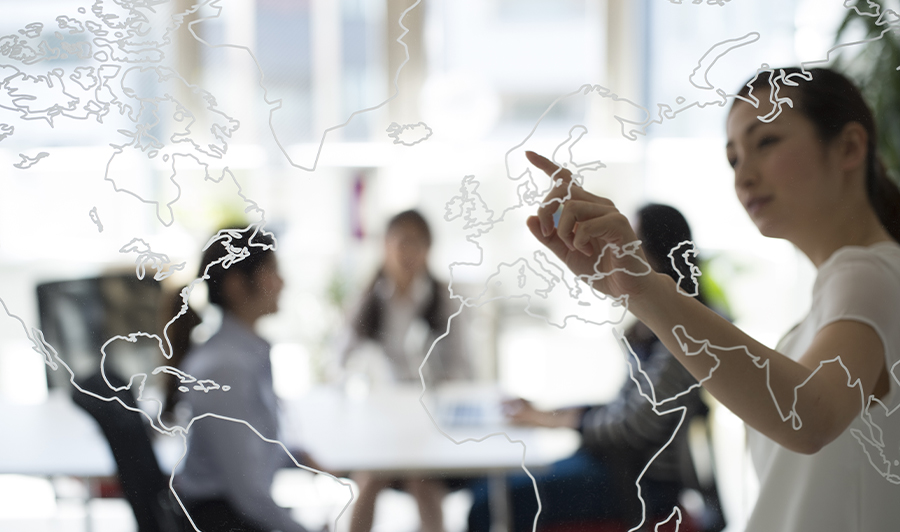 How to expand a business internationally

Thinking about global growth? Follow these simple steps to help expand your business.

Chinese New Year might be the most famous, but there are other holidays which could impact your business.

WorldFirst articles cover strategies to mitigate risk, the latest FX insights, steps towards global expansion and key industry trends. Choose a category, product or service below to find out more.