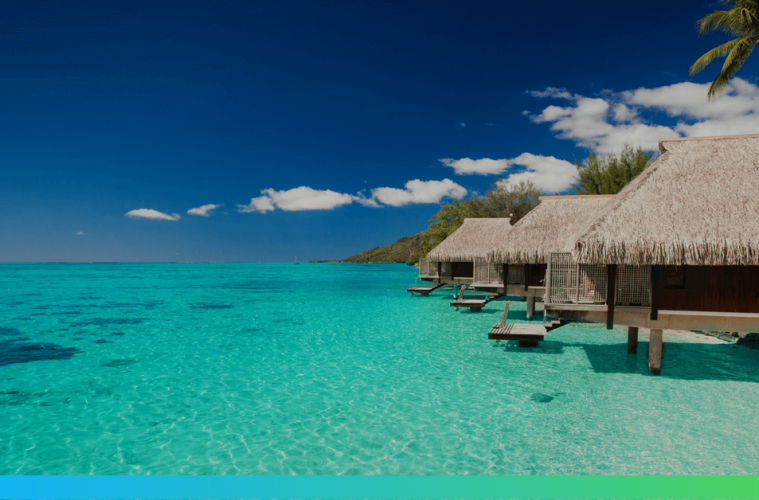 7 Holiday Destinations To Experience Before They Disappear

Every traveller in the world has a list of places they’d like to visit, and for many, getting to see them all is simply a matter of time and money. Unfortunately, as climate change takes greater effect, populations grow and destinations are opened up to more tourism, lots of the world’s favourite places are disappearing or set to vanish within the coming decades. Unless something is done about the pressures facing them, they could be gone sooner than we can anticipate.

Here are 7 places in the world you might want to think about venturing to before they are gone for good:

Ever since the end of the ‘Little Ice Age’ some 150 years ago, the glaciers of the European Alps have been retreating at an ever-increasing rate, particularly since the 1980s. This enormous melt has the potential to affect regional water resources, see towns flooded by glacial lakes and drastically impact the supply of the region’s number one tourist draw – snow. If you like to ski in the Alps, doing so could be impossible by the end of the century or earlier, if rising global temperatures aren’t averted.

Diving down to the world’s bright, colourful and life-filled reefs is high on many travellers’ bucket lists, but doing so at the world’s second-largest reef system may soon be a thing of the past. Climate change, pollution and tourism have caused severe coral bleaching to affect the Atlantic reef system in the past twenty years, and more damage could irreversibly destroy this natural wonder.

Due to rising sea levels, the famous and sought-after island chains of the Maldives will almost certainly be lost within the next century. The highest point of the Indian Ocean nation is a mere two metres above sea level, and with the world’s sea level predicted to rise by more than one metre by 2100, many stretches of white, Maldivian sand will likely disappear.

Maldives 💙🌍✈️ Photo by: @thewaytotravel Tag @vacations to be featured 🌴

The Congo Basin is the world’s second largest rainforest, home to a staggering variety of flora and fauna that includes mountain gorillas and forest elephants. The six countries that make up the basin are perfect destinations for those that revel in all things natural. Unfortunately, logging, illegal hunting, mining and widespread deforestation are causing the rainforest to dramatically shrink.

A paradise for lovers of architecture, cuisine and culture, Venice is nevertheless sinking into the lagoon it’s built upon. Rickety wooden foundations, overpopulation and rising sea levels all threaten this ancient and ever-popular city, and although flood defences are being built, they may not be enough to stave off the rising waters.

Popular among mountain climbers and travellers who love being immersed in nature, the Tanzanian peak of Mount Kilimanjaro juts up some 5,895 metres above sea level (4,900 metres from its base). It’s this great height that means despite being 320km from the searing equator, the mountain is regularly covered in a famous blanket of snow and ice, yet due to climate change, it could soon be bare. 85% of the ice cap has disappeared over the past century, and all traces of white could disappear by 2035.

Day 7 Kibo Hut to Summit via Gilman's Point (5685m) to Uhuru Peak (5895m) 8.33km in 9.11 hrs to the summit and 5.3km in 3hrs to descend. Elevation gain 1200m. We commenced our push to the summit at 11pm and accented via the Gilman’s Point the second highest point in Kili. Although facing sub zero temperatures and minimal sleep we were all excited to commence the hike, with our head guide Antipas leading the group we were certain to achievement our goal. Smiles, hugs and a handful of tears we summited and arrived at Uhuru Point at 8am now for the decent 3hours down to Kibo Hut then a massive 20km to our new home…. Thank you at @nicolekertcher @stephen.duffy123 @shemera888 and Doctor Kain @snakes_snaps it was a pleasure to share the climb with you all… #dreamteam #climbforchildren #mountkilimanjaro #7summits #sevensummits @sydney_kids

A hotspot for those that believe in the soothing properties of the sea’s highly salty waters and one of the only places where you can truly float on top of the waterline, the Dead Sea may nevertheless soon disappear. Fed by the Jordan River, the inland sea has been hit by increasing water use in the region, and has shrunk greatly over the past 40 years, potentially vanishing entirely by the middle of the century.

The above destinations are all at threat from a changing world, meaning that anyone with their heart set on visiting them should do so as soon as possible to gain the experience, and indeed the one-of-a-kind perspective, that they soon may no longer provide.

Need to pay for your tour or accommodation deposits?

If you’re preparing for a big adventure overseas to one of these destinations (or anywhere else for that matter) and need to pay deposits for tours or accommodation, World First Foreign Exchange can help.

Don’t use your credit card or bank to pay for deposits for your hotel or tour – it will lock you into your bank’s exchange rate at the time of payment, which is unpredictable and can work against you.

Our Currency Specialists could help you save money by helping you with a money transfer which will save you fees and offer a competitive exchange rate to help your holiday money go further.

Speaking to a Currency Specialist can help you plan your finances for organising your trip. Speak with a World First Foreign Exchange currency specialist on 1800 744 777 or visit us at worldfirst.com.au