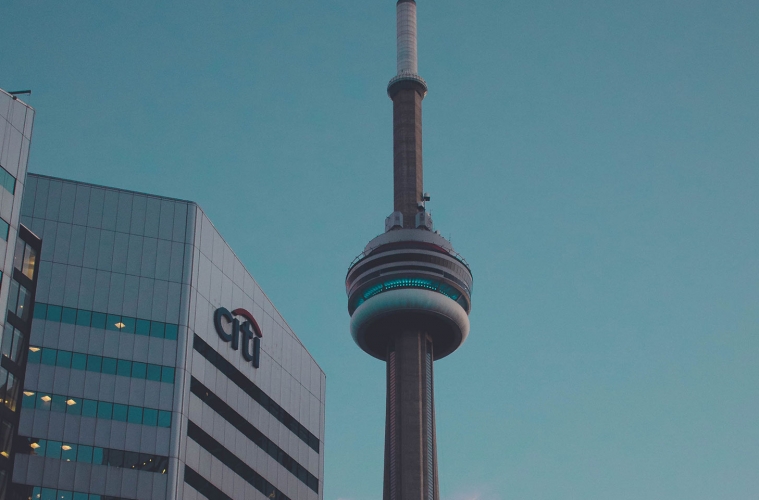 How to Find a Job and Work in Canada

Canada’s a lovely place but getting a job in Canada isn’t as straightforward as you might wish (unless you’re actually Canadian). It’s not that there aren’t any vacancies, the obstacle is getting a visa that will entitle you to work there.

The good news is that, even if it’s not easy, it’s certainly possible and there are plenty of options to look into.

The other good news for English speakers is that although Canada has two official languages you’re unlikely to have to brush up on your plumes de ta tante unless you’ve got your heart set on working in the province of Quebec.

What kind of jobs are there in Canada?

Despite its image in the popular imagination as a vast natural landscape exporting endless logs across the border, most of Canada’s economic industry is not based on agriculture. In fact, in April 2020, agriculture, forestry, fishing and hunting was only Canada’s 15th biggest sector in terms of GDP .

Nor do most people work extracting things from the ground, although it’s true that, thanks to its rich reserves of oil and gas, Canada is one of the few developed nations that is a net exporter of energy. These large oil and gas resources are mostly in Alberta and the Northern Territories, British Columbia and Saskatchewan. But again, this activity accounts for just a fraction of Canada’s economic output.

The majority of Canadians work in the service sector, with real estate, finance and insurance, and public administration making up Canada’s biggest service industries.

The skills most in demand in Canada

Canada’s economy has been doing rather well over the last few years but businesses are finding it difficult to enjoy the boom as there simply aren’t enough skilled people to resource the expansion.

Figures from the Canadian Federation of Independent Business (CFIB) revealed that in Q4 of 2017 there were 399,000 unfilled jobs in Canada’s private sector. British Columbia was the most affected province with 69,500 vacancies – a vacancy rate of 3.9% – followed by Quebec (3.4%) and Ontario (3.2%). Sectors most in demand include personal services and construction.

However, with the coronavirus pandemic more than 1 million Canadians lost their jobs in March 2020 . With many businesses struggling this is likely to make finding a job in Canada more challenging.

Finding the right visa to allow you to work in Canada

Depending on your situation and your aspirations, there are several ways to approach solving the knotty problem of how to become eligible to work in Canada:

If you’re between 18 and 30 then International Experience Canada (IEC) could provide you with the opportunity to travel and work there.

Skilled and looking to live in Canada permanently?

If you’re looking to move to Canada permanently and have the right skills, the Express Entry scheme could be for you. People with skills and experience in management, professional, and technical trades who are successful are placed into a pool of pre-approved applicants from which businesses can pluck the individuals they like the look of to help fill their skills gaps.

The Start-up Visa Program connects Canadian business organisations with immigrant entrepreneurs who have the skills and potential to build innovative businesses in Canada. With the support of a designated organisation, immigrant entrepreneurs can apply for permanent residence in Canada and launch their start-up there. Designated organisations include venture capital funds, angel investor groups and business incubators that have been approved to support these start-ups.

The seemingly random Self-Employed Persons Program is for people wanting a self-employed life in Canada in either the arts (‘cultural activities’) or athletics. You must have relevant experience working for yourself. You can’t be in a hurry, though, as this process can take two years.

If you speak French, it’s worth looking to the province of Quebec which has its own separate immigration service

Best places to work in Canada

If you want to find an employer worth jumping through all those immigration hoops for, then there’s no shortage of polls, lists and league tables to guide you. These employ wildly varying degrees of rigour but can give you some ideas of employers worth pursuing.

Tax and other deductions from your pay: what to expect in Canada

Interesting fact: up until the First World War, there was no income tax in Canada at all because the country was so anxious to encourage people to come and work there. Those days are gone and – as you’ll expect by now if you’ve done even the most cursory research into life in Canada – there’s no Canada-wide standard for income tax rates, these being a combination of federal and provincial income taxes.

The federal government collects personal income tax on behalf of all provinces and territories except for Quebec which, as usual, does its own thing. You’ll need to fill out an annual self-assessment return, although employers will deduct your income tax from your pay packet, along with other contributions you’re obliged to make with regard to, for example, the Canada Pension Plan/Quebec Pension Plan (CPP/QPP), Employment Insurance (EI) and Provincial Parental Insurance (PPIP).

It sounds like a lot but, in fact, taking into account all taxes paid – including property taxes, sales taxes, excise duties and so on – the tax burden on the Canadian in the street is relatively low with Canada coming way down the list at 25 in a tax league table of the 35 mostly developed OECD countries (2018).

Adapting your CV for Canadian employers

Canadian employers tend to value succinctness over thoroughness and facts over gush. The horrendous trend for ‘personal statements’ and the like has yet to sweep Canada. Your résumé needs very few sections:

As a rule-of-thumb, your résumé should be two pages long at the most – one if you don’t have much work experience.

Is your qualification valid in Canada?

Broadly speaking, this depends on whether you’re working in a regulated occupation or not. If you are, then the relevant provincial or territorial regulatory authority will be the arbiter of the validity of your there. About one in five jobs are regulated including doctors, engineers, plumbers, and teachers. For more information, visit the Canadian Information Centre for International Credentials.

If your job is not on the list of regulated occupations, then it’s usually just up to the employer as to whether they accept your qualification or not.

Repatriating your wages back to the UK

If you find yourself raking it in over in Canada and you want to send money back home – or when you come to the end of your visit and need to get the contents of your Canadian back account back to the UK – be careful how you go about it. Asking your bank to transfer the money is probably the most expensive way to do it. Not only are the transfer charges likely to be absurdly high, but the CAD/GBP exchange rate they give you is likely to chip quite a chunk off the value.

A much cheaper way to make international payments is to use a service such as WorldFirst’s personal money transfer which is simple and transparent. Just three steps:

Currency transfers of CAD10,000 or more must be reported to the Financial Transactions and Reports Analysis Centre of Canada (FINTRAC).