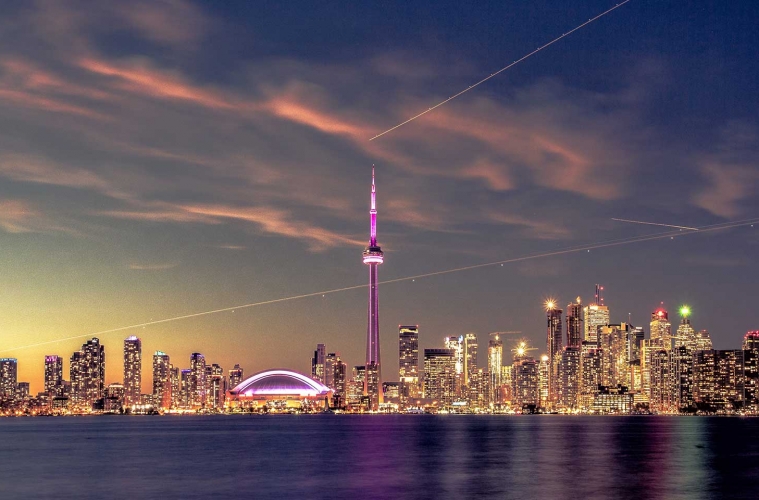 How to Move to Canada

If you’ve never been, you could be forgiven for thinking that Canada is a bit like the USA but just with better healthcare and without the guns. But that sells it short – so short. It is a land of stunning scenery, some of the most unique and wildest wildlife on the planet and its home to some of the most truly modern, progressive, fun cities in the world. On top of that, Canadians boast extraordinary levels of politeness (although it would never occur to them to boast, of course) and these excellent manners include welcoming newcomers to Canada’s bosom with open arms. And not just people – this is the country that built the world’s first UFO landing welcome site in St. Paul, Alberta as part of the its centennial celebration in 1967.
And it could be easier to work here than you think…

Our top five reasons to move to Canada

Five places to consider in Canada 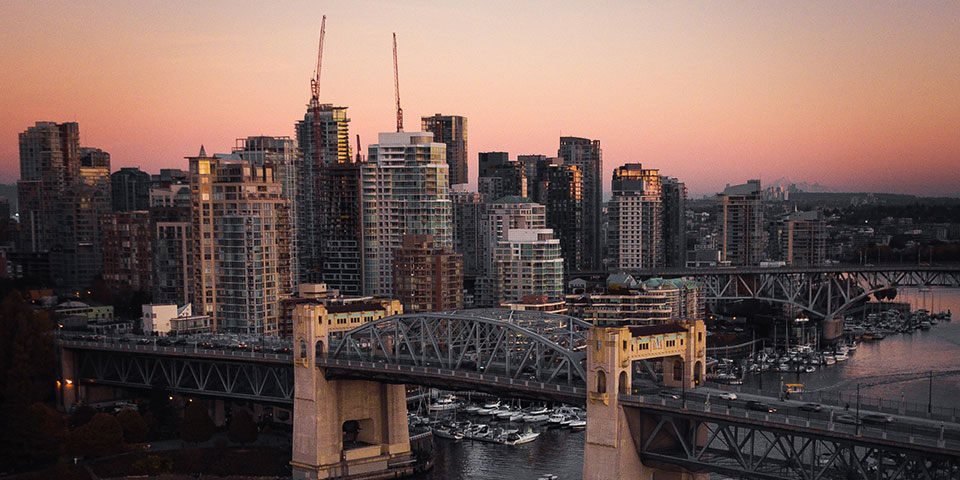 The moving to Canada checklist

How to work in Canada

If you have family in Canada who can sponsor you, start being nice to them because that’s perhaps the easiest way to get into Canada. If not, there are still quite a few options which could enable you to take a job there. Many skills are actually in demand and you could be fast-tracked. The Canadian immigration service has a handy online tool you can use to check your eligibility.

See our guide on how to find a job in Canada.

How to manage your money in Canada

When you enter Canada, the immigration authorities do like to satisfy themselves that you have sufficient funds to support yourself, so make sure you can persuade them that you have enough to keep you going. But also note that if you’ve got more than CAN $10,000 on you, Canadian customs regulations require you to declare it. If you don’t, you could be fined and see your funds confiscated.

Opening a Canadian bank account should be straightforward providing you have the right documentation – for example, your passport and a valid work permit or temporary residence permit. All five major banks – Royal Bank of Canada, Toronto-Dominion Bank, Scotiabank, Bank of Montreal and Canadian Imperial Bank of Commerce – offer accounts to newcomers and some, including Scotiabank, will let you set up your account online before you even step foot on Canadian soil.

Be sure to check out the account fees before signing up. Unlike most UK banks, Canadian banks charge monthly fees, although these are often waived if you maintain a minimum balance (often around CAN $3,500). Transaction fees may also apply. Getting cash out of your own bank’s ATM is free but could cost you CAN $1.50 per transaction at those of other banks.

Don’t forget, if you need to transfer money from the UK to Canada or vice versa, WorldFirst offers the easier, cheaper, and faster way to safely get your money where you need it.

Canada is famous for its publicly funded healthcare system. Health insurance covers most of the basics but can exclude things such as medication, dental care and physiotherapy. Only Canadian citizens and permanent residents can apply for public health insurance for Canada. This is done through the province or territory. In some provinces, new permanent residents get health insurance coverage straight away. In others, there’s a waiting period of up to three months. Most provinces don’t provide health care benefits to non-residents or temporary residents.

Canada’s cities generally have good transport infrastructure. The country also has an extensive rail network, although this is mainly used for freight. Due to the vast size of Canada, air travel is an important part of travelling across the country and all the major cities, as well as smaller and more remote settlements have air connections. Cars and air travel have taken over from the railways. 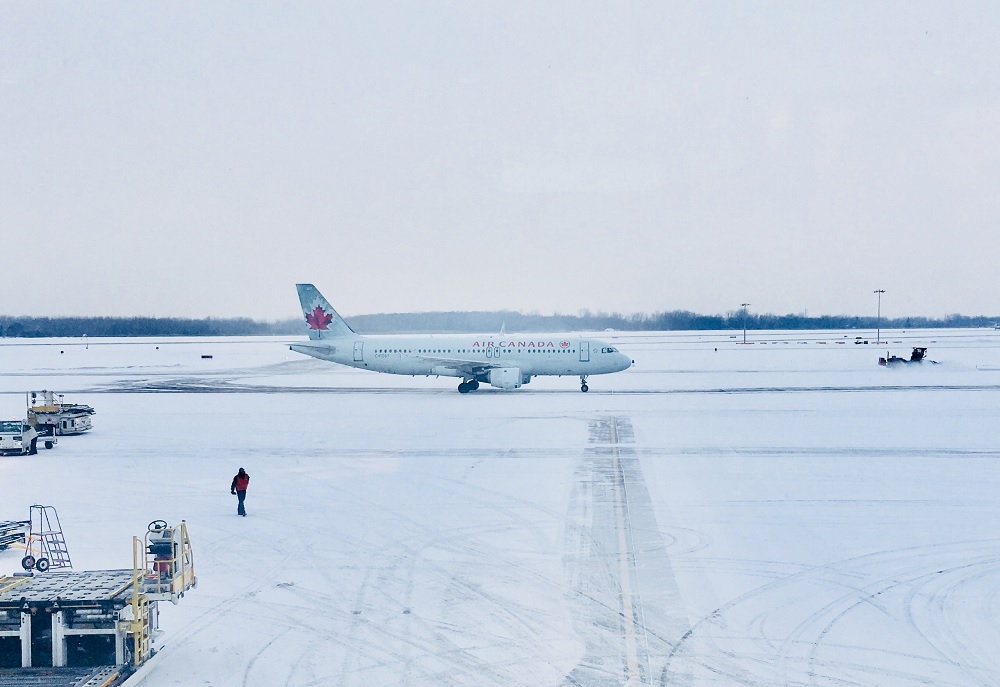 Cost of living in Canada

It’s difficult to generalise about the cost of living in Canada compared with the UK. The differences are often wiped out by exchange rate fluctuations. Petrol is much cheaper in Canada and car insurance much cheaper in the UK. Swings and roundabouts.

How to find a place to live in Canada

The process of renting an apartment in Canada is much the same as in the UK. Pretty much everything is listed online but it’s still worth keeping your eyes on the classifieds sections of local newspapers or even simply walking around a neighbourhood you fancy as landlords often post ‘to rent’ signs outside their properties.

You’ll probably need a letter from your employer showing your annual income and bank statements to prove you have enough money to cover rent for a few months. You may also be asked for references from previous landlords. Be up-front about being a newcomer as some landlords may shy away from the complexities of renting to you and it’s better for you both to find out sooner rather than later.

When you first arrive it’s easier to find hostel accommodation or rent a room in a house or apartment. Try sites such as easyroommate.com.

The government-run Canada Mortgage and Housing Corporation should be your first-stop for information about buying and renting in Canada. Note that each province or territory has its own laws regarding property rental and the respective obligations of landlords and tenants, so check those out.

The Globe and Mail has a handy tool to show you which cities are affordable based on your income.

When it comes to actually buying your own place, check out our how to buy a house in Canada guide. 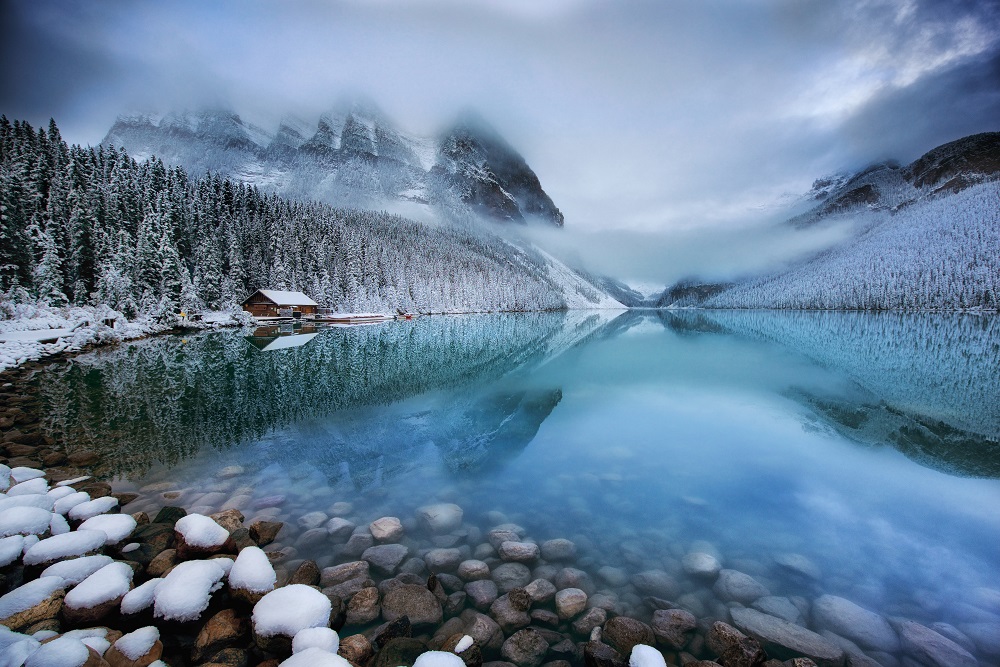 These are the foods you absolutely must try:

Restaurant scenes vary widely depending on where you are, but multi-cultural cities like Toronto offer an incredible range of cuisines.

How to make friends in Canada

Canadians are open people so for most newcomers making friends isn’t much of a problem. The rules are the same as everywhere – seek out like-minded people through special interest groups, clubs, faith, sports, or whatever. If sports are your bag then now’s the time to brush up on your ice hockey and curling (winter) and hockey and lacrosse (the rest of the year). Just get out there. Or network with other ex-pat Brits to find out how they did it.

Big place, as we said, so it very much depends on where you are but the big cities like Toronto, Montreal, and Vancouver obviously have a lot of night life going on. But you can also party in the most unexpected of places. The capital of Newfoundland, St John’s, claims that its famous George Street has more bars per square foot than anywhere else in the world.
There’s a festival for everything. From the annual Toronto Jazz Festival to the Calgary Stampede – a 10-day rodeo celebration and fair. Lumberjacks and other agricultural staples abound at Toronto’s Canadian National Exhibition (‘the Ex’) and for plant lovers there’s even a Canadian Tulip Festival in Ottawa.

Two tips for you: