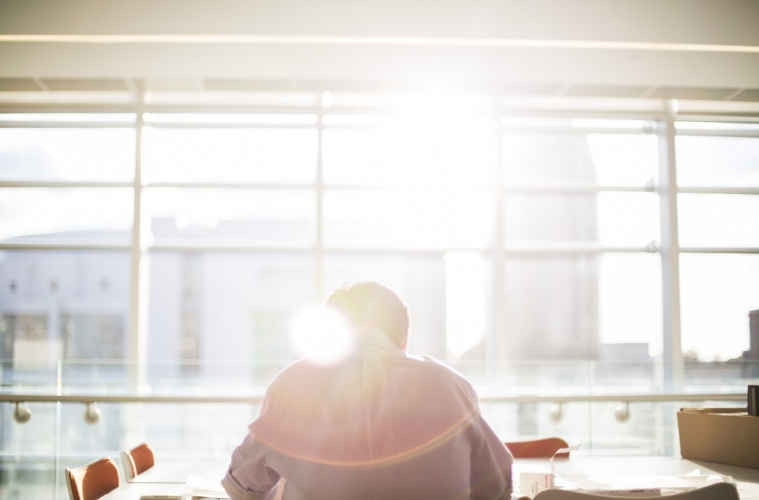 How to Find a Job and Work in Spain

Although Spain is traditionally the destination of choice for British expats looking for somewhere warm to retire, a good number of people go there to work, too. Contrary to the stereotypes, working in Spain isn’t just about bartending in Torremolinos or teaching English. It’s got a modern economy with a wide range of jobs.

That said, Spain has been severely affected by the coronavirus. Its economy shrank by 18.5% between April and June 2020, making it the most badly hit economy in the Eurozone. This will likely cause redundancies and other job losses, making it a tougher time than usual to find work in Spain.

Brush up your Spanish

Or learn it. Yes, this is an unwelcome recommendation to make to the linguistically-challenged Brits, but Spanish is one of the easiest languages for English speakers to pick up. Although there are some fundamental differences to the structure and grammar, there are thousands of words which sound similar and mean the same thing which gives you a great head-start. As a bonus, learning Spanish opens up much of the Americas to you, too. Although Spanish is the official language throughout Spain, there are other official languages in the regions: Aranese, Basque, Catalan, and Galician.

Far more so than in the UK, successful job-hunting in Spain can still come down to networking, which is really just a dignified way of saying it’s about who you know. So, network furiously and exploit every contact you have in Spain, no matter how tenuous. Milk LinkedIn and Meetup Spain for all they’re worth. Also try GuiriBusiness, an international network for professionals in Spain (and happily in English).

If you’re currently working for a large company in the UK, be sure to check whether they have offices in Spain, or even a partnership with a Spanish company that you can leverage.

The internet is your friend. Search for ‘jobs in Spain’. A search for ‘English speaking jobs in Spain’ will take you to sites such as glassdoor and thelocal.es.

Countries in the EU have worked hard to agree qualification equivalences. At the end of the transition period when the UK leaves the EU this may change, but for now if you work in a profession, you may find it relatively easy to transfer countries providing you have the language skills. While there’s likely to be a huge chasm between what lawyers in Spain and the UK need to know, physiotherapy is much the same the world over. Check with your professional body.

The relationship between UK and Spanish educational qualifications is more complex but most employers will be happy to make the connections between, for example, A-levels and the bachillerato certificate.

Where to go for work in Spain

Where you settle should depend on the kind of work you want to do. For corporate work where the English language is most in demand, you’ll have to head for the big commercial centres such as Madrid and Barcelona, although don’t overlook the potential of major ports such as Bilbao. Engineering, customer service, IT and finance skills are always in demand, especially if backed up with language skills.

Wages in Spain are low compared to the rest of Western Europe. Spain increased their minimum wage to €950 per month in 2020 with the average wage at around €1890 a month. As in the UK, the employer deducts income tax and social-security contributions from your pay packet before you get it.

Although it’s something of a cliché, teaching English is a respectable and viable profession providing you get the right training. Note that the familiar TEFL acronym (Teaching English as a Foreign Language) is not a qualification, merely a generic term. Make sure you choose a course that’s properly accredited. The training needn’t take too long – some of the more intensive courses can be completed in a month. Two of the most highly regarded TEFL qualifications are:

One alternative to finding employment in Spain is to set yourself up as an autónomo or freelancer.

Working in Spain after Brexit

If you’re resident in Spain on or before 31st December 2020, you’re right to work will stay the same as before Brexit as long as you continue to live in Spain.

For the latest updates on how UK citizens’ right to work in Spain may change after the transition period, see the government’s advice on living in Spain.

If you’re entitled to work in Spain you’ll have to carry out some administrative tasks before you start. Most importantly, you’ll need an NIE (número de identidad de extranjero). This is basically a tax number for foreigners and you’ll need one before you can register with an employment agency, take a job, or open a bank account.

As with so much Spanish bureaucracy, you have to do it in person. The fine detail varies from region to region, but you’ll need to go to make an appointment to visit one of the local immigration offices (oficinas de extranjeros) that are usually found in designated police stations (comisaría de policía). There’s a list of them here. You’ll need to take along your passport and a photocopy of it, together with a completed EX15 form. The interview will be in Spanish, so you may want to take an interpreter if your Spanish isn’t that good. After the interview they will send you off to a bank to pay the fee (around €10) and once you return with your receipt, you’ll be issued with your NIE.

If you need to repatriate any money you make working in Spain, our personal money transfer services could save you time and money.