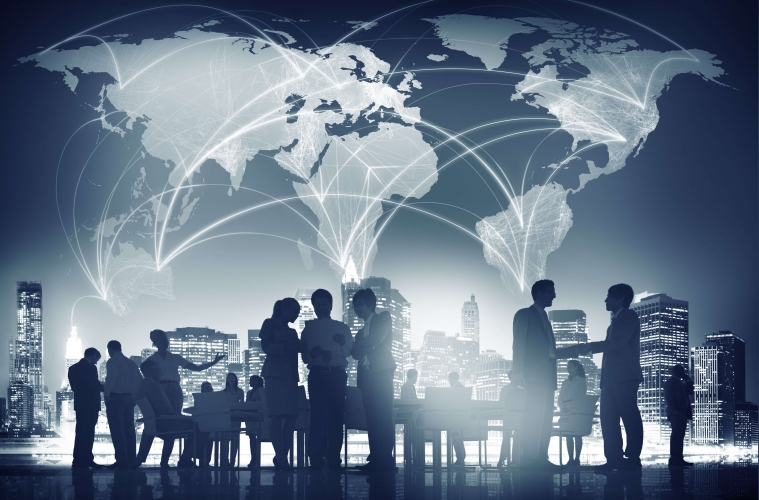 Five places to set up an online business

So, you want to set up an online business abroad? The world has never been smaller, we’re all connected, trade barriers are (or were until recently) falling away, countries are eager to be ‘open for business’ and English is the lingua franca. What’s stopping you?

But where? You want a new, untapped – or at least less crowded – market. Preferably one where customers have a healthy disposable income. Somewhere not mired in red tape. You want a good online infrastructure. And you want to avoid countries with a reputation for corruption so you can conduct business without fear of interference.

It’s a tall order, but here are our five contenders for promising places to start a new business. 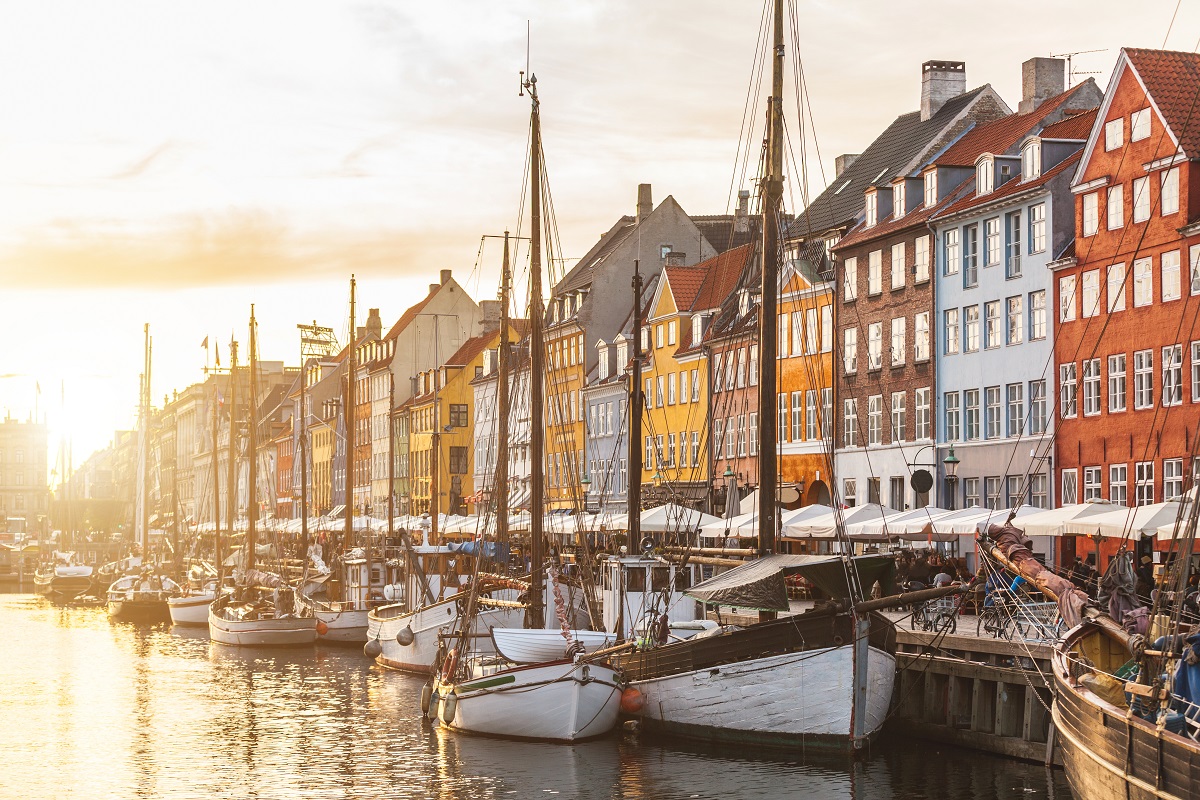 Does Denmark ever not appear in a Top 10 Places to… feature? When it comes to quality of life and places to do business, Denmark always appears near the top of polls. With a population smaller than London – fewer than 6 million people – Denmark punches well above its weight and boasts a strong market economy. Taxation may not be the lowest, but those taxes do seem to buy the Danes happiness. It’s famously easy to start a business here – the process of setting up a company online is astonishingly quick.  Denmark has one of the world’s lowest levels of income inequality which is a nice touch. If Denmark doesn’t take your fancy, Northern European neighbours Norway, Sweden and Finland always come out of these surveys rather well, too.

Currency considerations: Reassuringly snuggled in the Eurozone and the euro has returned to stability since the tragedy of the Greek bailout. Our Chief Economist, Jeremy Cook, outlines the next quarter for the euro here > 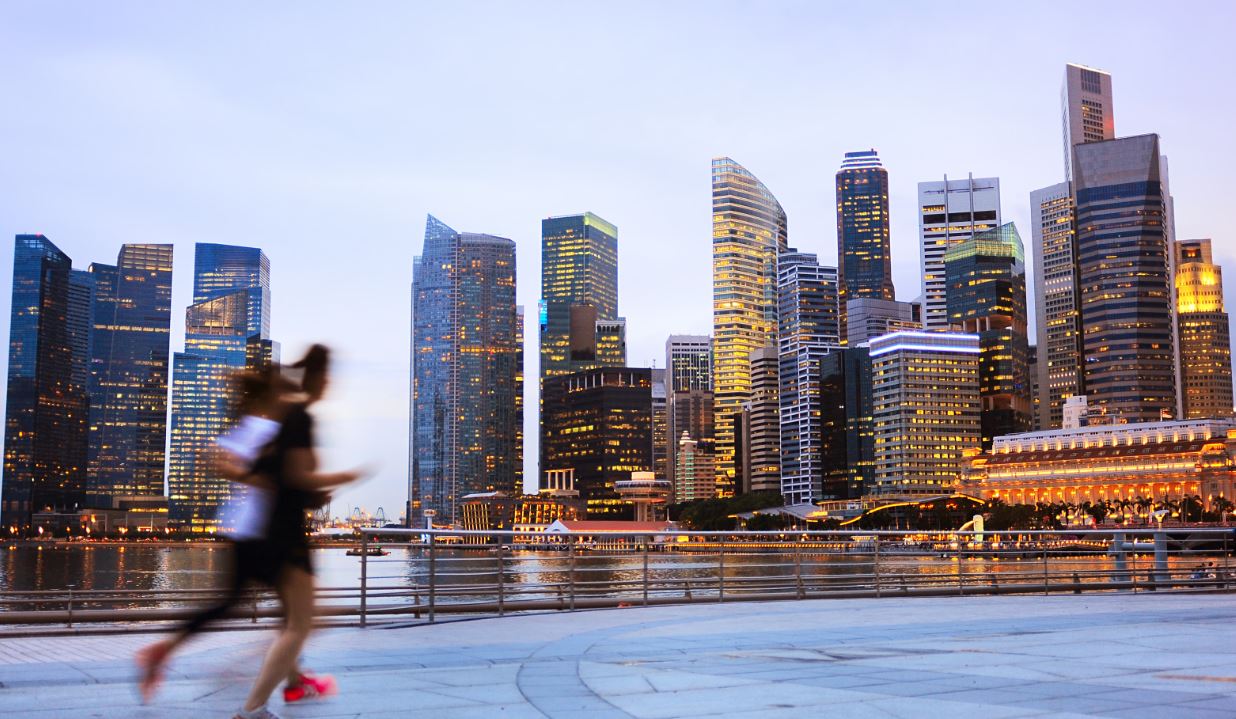 With its international outlook, low business taxes and favourable location in the heart of Asia, Singapore has become a favourite base for companies looking for a gateway to Asian markets, including China. Despite being the third most densely populated country on the planet (5.6 million people squished into 278 square miles), Singapore scores consistently highly in quality of life indexes. That it fits both a major financial centre and the world’s second busiest port into such a tiny footprint seems miraculous. The World Bank rates Singapore the second easiest country in the world to do business in. Gross domestic product per capita is high and unemployment is low. And Singapore is one of the wealthiest nations in the world, so there’s a lot of money splashing around. It’s reassuringly regulated with low corruption levels. According to the World Bank it’s the sixth easiest place in the world to start a business.

Notable companies: Famous for its electronics and pharmaceutical industries, Singapore is a hotbed of tech start-ups.

Currency considerations: Recently rising again against the dollar, the Singapore dollar is bumping along after a fall against the euro. 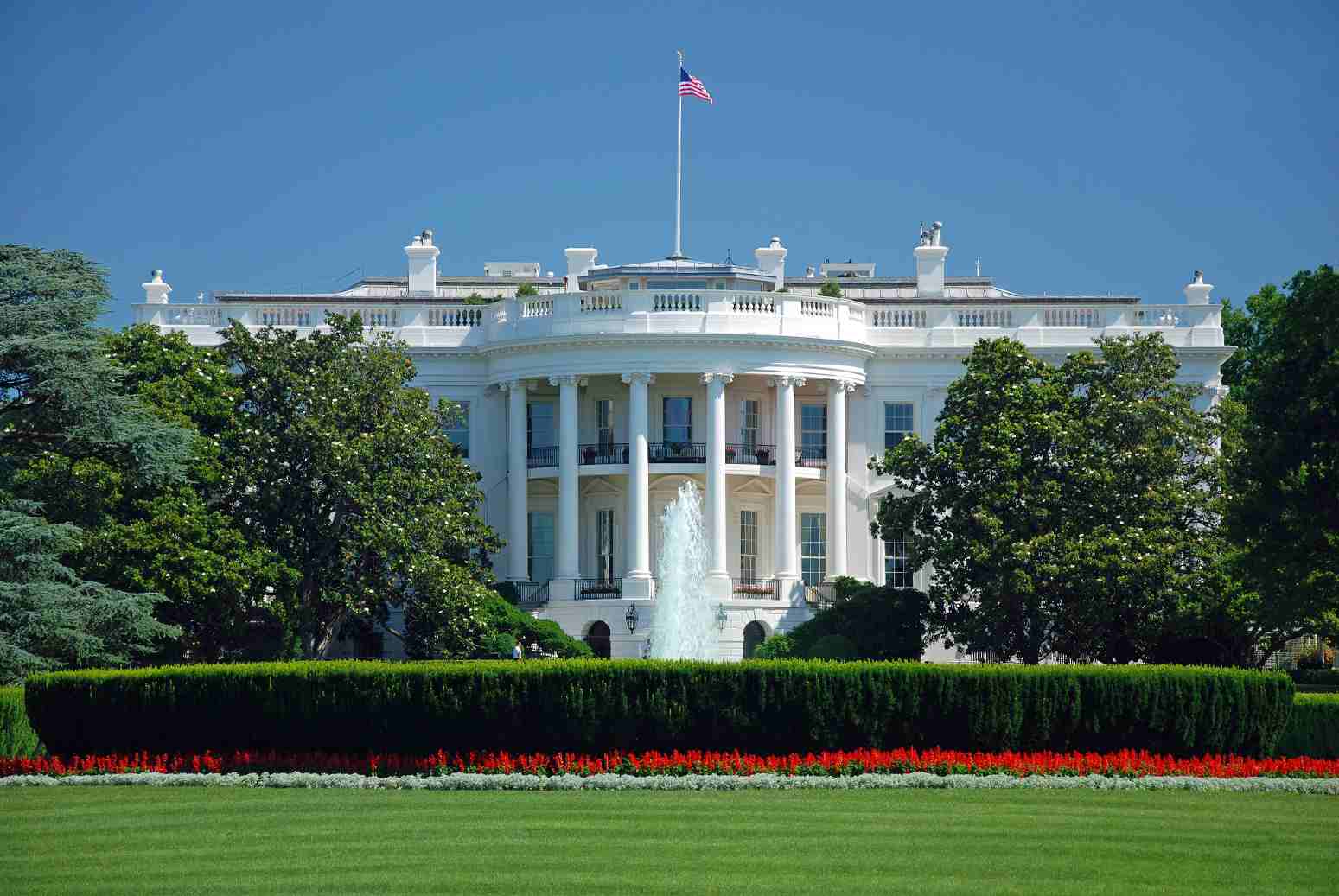 You might be surprised at seeing the USA in our top places to set up an online business – after all, these are turbulent and unpredictable times. At the time of writing, a possible trade war with China is a very real and pressing risk. But whatever you think of President Trump, he’s determined to make the USA a place to do business (as long as it’s good for America). His plans to make huge cuts to the corporation tax burden on US companies makes for compelling headlines – a reduction from 35% to 21%. It doesn’t quite put the USA in Ireland’s league but it’s a major shift intended to lure greater investment. Of course, whether you’ll be able to get in is another question entirely.

Currency considerations: Despite all the ’America First’ rhetoric, the dollar fell by 10% over 2017. Analysts say an extension to this rough ride can’t be ruled out in 2018. Take a look at what to watch over the next quarter for the USD here > 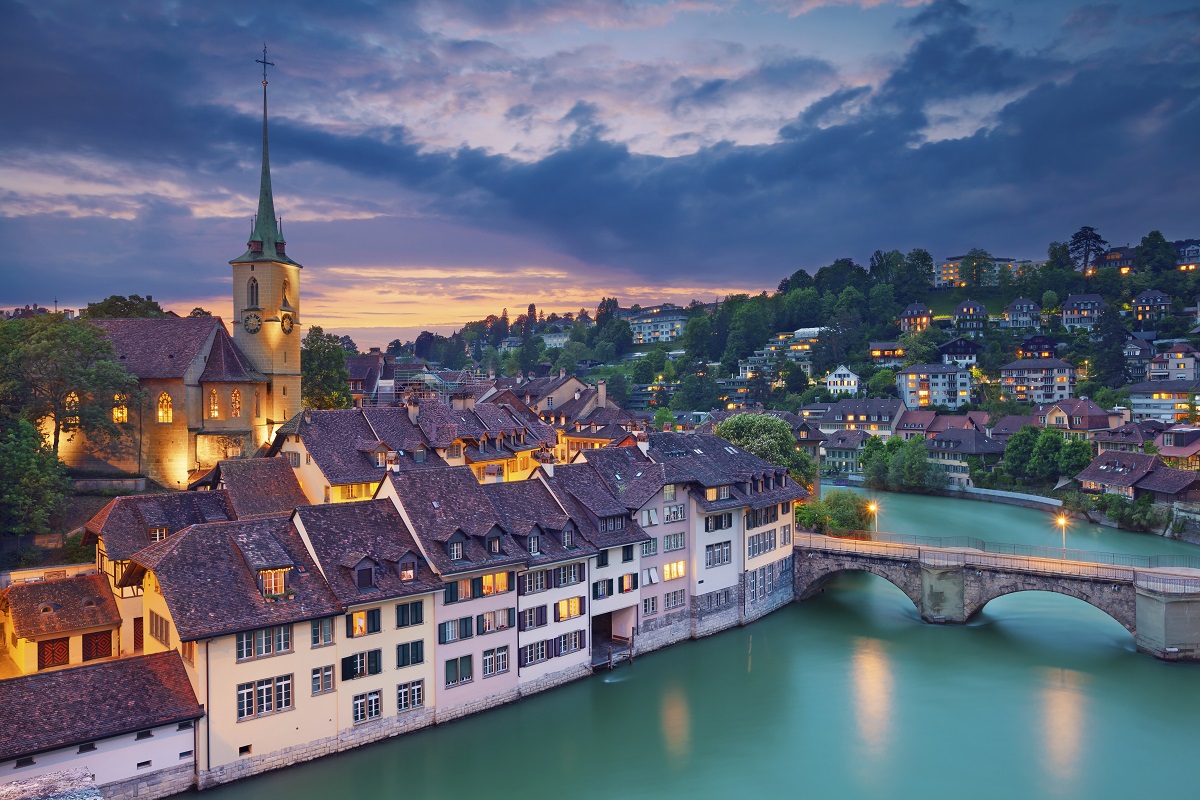 Managing to be both at the heart of Europe whilst also stubbornly not part of Europe at all, Switzerland walks this unique tightrope with a dignified aplomb. It crops up in the Top 10 of just about every country ranking there is: quality of life, incorruptibility, best place to run a business etc etc etc. Pro-business, low tax, and with a decentralised political system, Switzerland has long been a haven for industries as diverse as finance, pharmaceuticals, high-tech businesses and, well, watchmakers.  The country is now also establishing itself as a base for cryptocurrencies with the area around Zug styling itself as ‘Crypto Valley’. As you’d expect, Switzerland has excellent Internet infrastructure and a highly educated workforce. The Swiss are by far the wealthiest citizens of any major economy which is what you want in a customer base. Oh, and the scenery is to die for.

Notable companies: Nestle, UBS and Syngenta, of course. But cryptocurrencies are where the action is. Four of the Top 10 initial coin offerings (ICO) of 2017 were Swiss-based: Tezos, Bancor, The DAO and Status.

Currency considerations: The Swiss franc weakened against the euro in 2017 and analysts say its woes aren’t over yet.

OK, so this is what Americans might describe as a bit ‘left field’ but bear with us. In terms of high speed internet connectivity, this country’s infrastructure is unparalleled. South Korea (officially the Republic of Korea) is the world leader in broadband and boasts the fastest average internet connection speed of any country in the world. About 92% of its population are internet users. Admittedly, it lost its top place in the UN’s ICT index to Iceland this year but let’s not quibble. South Korea is now the world’s seventh-largest exporter and 11th largest economy. Not bad for a country whose first free elections were as late as 1987. Wealth inequality is high, but its upper class is keen to spend the money it has, especially on high end brands. It’s a great place to do business too. South Korea comes fourth in the World Bank’s ranking for ease of doing business and ninth in terms of ease of starting a business.

Currency considerations: the general trend has been a weakening of the Korean won against the US dollar. Its reliance on a slowing Chinese economy doesn’t bode well for 2018. Its physical proximity to North Korea makes life ‘interesting’. 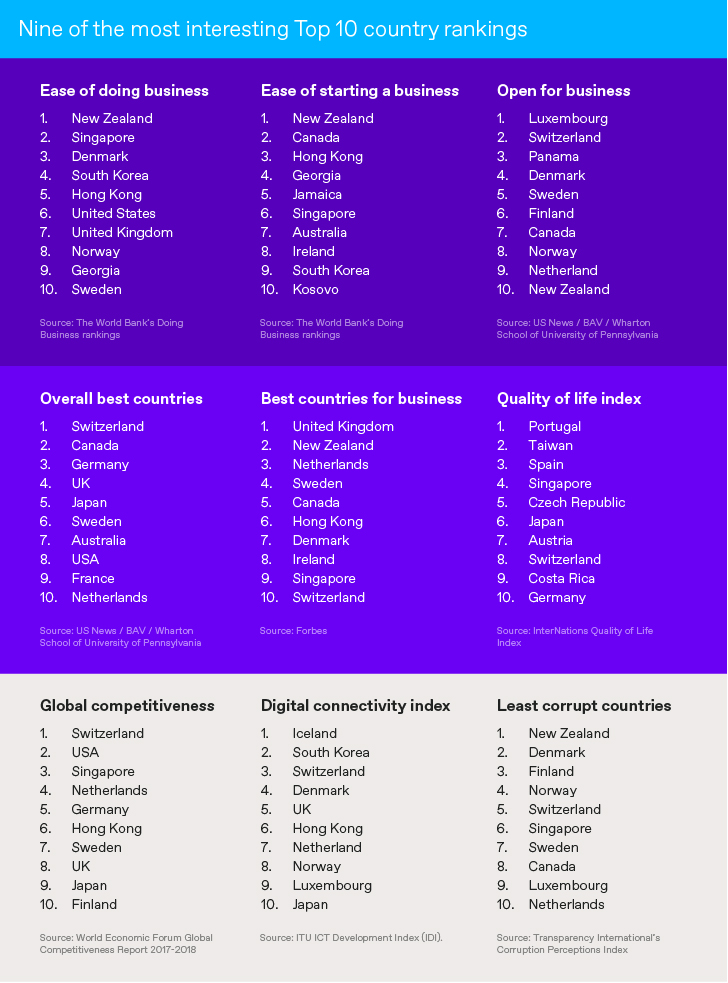