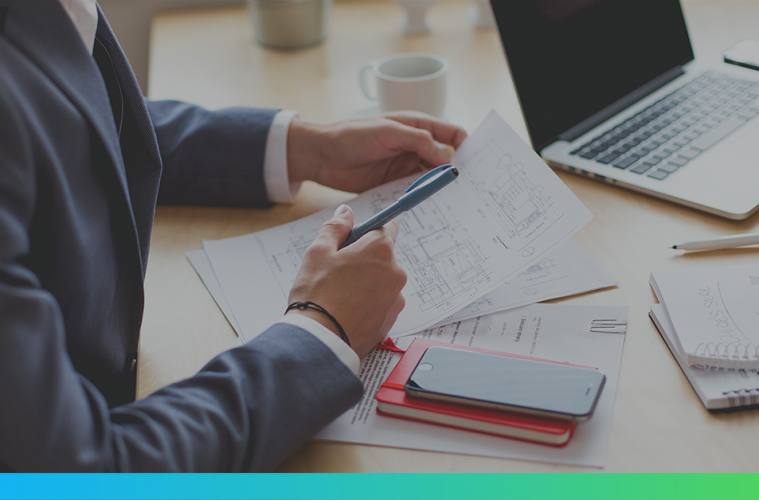 Welcome to World First’s Monthly Currency Update, which will take a look back at the key trends of September and also look ahead at important events shaping currency markets in October.

AUD: Fed Up with Interest Rates

Month in Review
The Australian Dollar, as usual, began the month beholden to the release of US non-farm payrolls, which were quite frankly disappointing. However, as the record shows, August has notoriously been a poor month for non-farm payrolls and as a result the Aussie did not climb to new heights. More interesting though was the tone that this set for the chance of a rate hike by the states in December. Simply put, the chances fell. Consequently, and despite a few hiccups, the Aussie enjoyed a strong September.

The Key Trends
Bolstering the Aussie during the first month of spring was an impressive GDP figure. The Australian economy has now gone 100 quarters without experiencing a technical recession. GDP expanded at 0.5% in the second quarter leaving the year on year growth at 3.3%. As it tends to do though, the Fed continuously waxed and waned on the possibility of a rate hike. To summarise their verbiage though is relatively simple – they want it to happen, they are saying it will happen, but not saying when it will happen! This pattern of rhetoric led to the Australian dollar following a distinct pattern of initially dropping, before finding its footing in strong local data or technical support.

What’s Next?
The future does not bode well for Aussie strength. This is mainly due to US Dollar strength. With Clinton defeating Trump in their first debate, the USD is finding continuous strength. Further the USA’s stocks and data are looking strong and the attractiveness of their currency as a safe haven (thus hurting the Aussie) is on the rise. The question is as always, ‘when will the Fed raise rates?’

While the Federal Reserve did decide to hold rates again this month, the eventuality of a rate hike before the end of year was made clear by Chairwoman Yellen as she noted that “the case for an increase in the federal funds rate has strengthened”. While there was some dissent amongst three Fed members about raising rates, the reason many analysts believe that it will happen soon is simply because if the Fed doesn’t raise rates, then it will lose some of its credibility, and the effectiveness of any rate hike will likely be weakened.

Month in Review
Investor optimism for the US dollar has been somewhat sapped following a lukewarm economic growth forecast presented by US Federal Reserve members in their September meeting. The Fed yet again passed on an opportunity to raise their interest rates, with many in the markets citing improved CPI, jobless claims & overall housing price growth as plenty of justification for the cash rate to be increased.

Instead the US Fed members expressed their data dependence yet again and are showing signs that they have far fewer interest rate moves in mind for 2017 than most investors had anticipated.

Key Trends
September CPI came in strong at 0.2% vs the 0.1% forecast, with annual inflation also moving higher from 1.0% to 1.1%. Weekly jobless claims came in better than expected with 260,000 Americans filing for unemployment benefits vs the 265,000 forecast.

US home resales unexpectedly fell in September, hurt by a shortage of inventory that is boosting home prices faster than the pace of wage growth. Despite sales for the month being the 2nd lowest for 2016, home resales were still up 0.8% year on year, with the strengthening being almost certainly attributed to the healthy job gains the US has seen from Q2 onwards in 2016.

What’s Next?
The latest FOMC meeting has set the tone in markets, with the Fed reiterating their view that a case for a 2016 rate hike is indeed strengthening. While the Fed didn’t veer from its data dependence stance, Yellen stated in the press conference that in the absence of a deterioration in data, a rate hike this year appears probable – essentially, providing CPI, jobs figures & housing continue to strengthen in upcoming releases, we should see a rate hike in 2016.

GBP: May to trigger Article 50 before end of Q1 next year

Month in Review
The gun is loaded but we will have to wait until the end of March next year for the shot to be fired – Brexit will begin in 2017 and all things being equal, the UK will no longer remain part of the European Union.

Theresa May laid out a smidge more detail on her Conservative party’s plans for Brexit at a conference on Monday 3 October, mainly around the timing and the likelihood that the decision to adopt a policy more targeted towards immigration reform than membership of the single market. Immigration control as it stands is a bit of a moving target, and indeed we are unlikely to see targets placed on migration given the Cameron government’s inability to get within driving distance of its own self-imposed objective. A cut will lead to border controls in excess of those currently in place, and plans mooted over the first weekend of October have pointed to the launching of a scheme that will generate permits for foreign nationals to work in the UK.

The Key Trends
Sterling has slipped in the aftermath and now sits at just under a per cent above levels last seen in 1985. It is clear that pressures in options markets are going to see GBP remain depressed on the fears around Article 50.

The newest member of the Monetary Policy Committee, Michael Saunders, has also been sounding cautious, but positive in the Financial Times. He believes that the UK economy will see a dip in growth in the coming years, but beat the consensus of City economists, of which he used to be a member.

Sterling dipped below the 1.30 level versus the USD and there was little to drive this fall in sterling, though Brexit-facing uncertainty cannot be far from investors’ minds.

What’s Next?
Access to the single market would not be jeopardised by this decision. Tariff-free access to the single market would be however, and that is a de facto worsening of the UKs trade terms. David Davis and Boris Johnson who also spoke were unable or unwilling to expand on the PM’s words. Liam Fox, is due to take to the podium later however focus will largely fall on what new Chancellor Phillip Hammond may have up his sleeve.

Month in Review
The EUR caught up on some much needed sleep throughout September, trading at the lowest levels of volatility against the USD since the single currency was created. Consumers from Germany, Italy, and France showed more confidence than analysts expected, though it remains quite flat; whilst business surveys returned more optimistic results though overall, traders are tired of the central bank’s back and forth. The most prominent market-movers are still based on the political proceedings from both sides of the Atlantic.

Key Trends
It’s difficult to measure a lizard lying, though it is very evident that the power of the ECBs word isn’t as influential as it once was. This is due to a number of reversals in economic planning surrounding Quantitative Easing and growth targets, which has left traders reverting to the ‘hands on heads’ status. September wasn’t completely motionless however, as Europe’s largest bank, Deutsche Bank, returned to infamy. Markets in February were hit hard over fears of collateralised debts offered by the bank and the ability for them to be repaid; weakness has once again been sparked by fears over profitability and the urgent need for a bailout by the German government. Deutsche are facing potentially massive liabilities including a $US14 billion penalty from the US Justice department stemming back to the subprime mortgage crisis. This threw equity markets into a tail-spin as comparisons between Lehman Brothers (supported by scarily similar share price movements) were quickly made.

What’s Next?
Unfortunately this month will have a similar outlook to September, citing US Fed movements and rhetoric, ECB consistencies and the tracking of key economic data (which should hopefully paint a clearer picture for October), though risk appetite will closely follow the Deutsche case. Technically, the narrow range might excite some keen observers as a break through close-by resistance or support should dictate some more long-term direction.

Month in Review
The Reserve Bank held the Official Cash Rate at 2.0% at its last central bank meeting, but has repeated its view that “further policy easing will be required.” The decision to hold the OCR and signal further monetary policy easing was expected by all economists, with the only doubt being over whether there will be one or two more OCR cuts – with the first expected during the Reserve Bank’s next full Monetary Policy Statement on November 10.

The Key Trends
Fonterra’s decision to hike its milk price payout to $5.25 from the previous $4.75 per kg of milk solids resulted in a lift for the NZ economy. Returns in the $6 range are seen as necessary to be sustainable for farmers. There’s no doubt prices are now moving in the right direction after two seasons of depressed earnings.

What’s Next?
Overall, it was an “up the stairs, down the elevator shaft” type of month. The NZD/USD rate has already plunged nearly three cents from highs of 0.7480 in a very short space of time – another three cents lower, to below 0.7000 is quite achievable. Having said this, the Kiwi dollar has been sold since due to the realisation (and subsequent pricing-in) that New Zealand’s interest rates will be cut again in November and US interest rates will be increased in December – rendering the Kiwi dollar a less attractive investment destination.