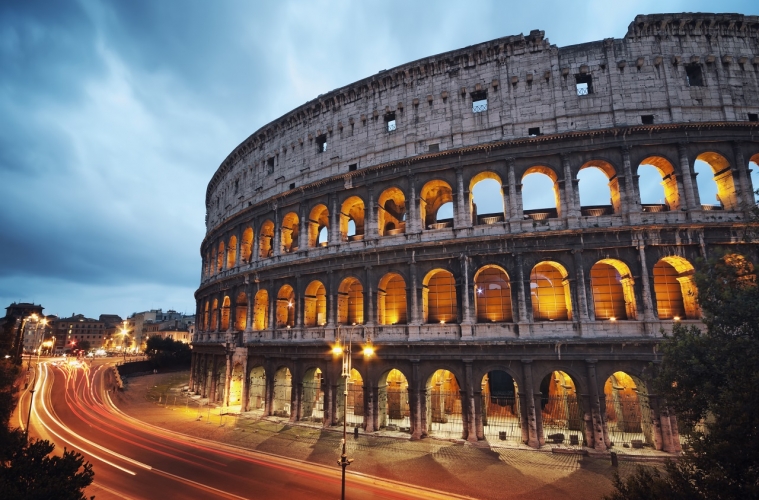 The WorldFirst Team take a look at the key trends of February and consider the many diverse events set to shape global currency markets in March.

AUD – Brought back to earth

The Aussie dollar had big shoes to fill after January took us up as high as 81c, and as many economists had expected, February brought us back down to the middle ground of recent highs and lows with the steepest single month fall since May 2016.

The tone for the month was established on day one, as Australia’s December quarter consumer price inflation (CPI) report came in below expectations, CPI rose by 0.6 percent during the quarter, narrowly missing expectations for an increase of 0.7 percent. The latest CPI has brought the annual rate up to 1.9 percent which is still below the forecasts for an acceleration to at least 2 percent, and short of the RBA’s 2-3 percent target.

Strategists have become increasingly cautious in their outlook for the Australian dollar and downright pessimistic on the question over interest rates. After a flurry of disappointing developments on wage and inflation fronts, it is hard to see the RBA wanting to add further pressure to the housing market by increasing rates, with many Australian’s already at the borderline of being able to afford their mortgage.

Thankfully we had a break in the negative news, thanks to the Chinese New Year combining with a holiday in the US.

Iron ore rose to ten-month highs during February, and although the AUD did fall back below the 78c barrier to end the month, US Fed Chair, Jerome Powell’s relative positivity on the U.S. economy and staying the course with raising interest rates possibly four times this year will ensure a bumpy ride for the pairing moving forward.

In recent news, the Reserve Bank has left interest rates on hold, maintaining the record low 1.5 percent cash rate at its March meeting on Tuesday – where it has been anchored since September 2016.

Experts warn, however, homeowners should still be preparing for an eventual hike.

It’s hard to be anything but dovish on the AUD right now, with iron ore already doing its best to keep us afloat and it seemingly more unlikely that the RBA rush into any rate hike. With our CPI and retail sales continuing to show no excess disposable income among Australian families it’s a struggle to find any reason that the RBA would be willing to stick a pin into the balloon that is the housing market.

Investors have plenty of reason to be pricing in a likely US rate rise in the coming months. Inflation beat expectations with building permits in the US also hit 11 year highs this month while the unemployment rate has remained at 17-year lows. The major question for the US now is whether it will be three or four rate hikes for 2018, with inflation and other core economic data showing a very strong economy.

Volatility is well and truly back in USD trading. The USDX (US Dollar Index) ended up 2 percent on the month after bottoming out at three year lows, with the currency trading within a 6 percent range during the month. Most of the volatility stemmed out of moves in sentiment that the US federal reserve would raise interest rates faster than anticipated. December’s wage price growth of 2.9 percent took the markets by surprise and was the catalyst behind the markets repricing of the interest rate moves.

February also saw Fed Chair, Jerome Powell’s, first public appearance since taking on the role, as part of a testimony to Congress. Chairman Powell stated that his personal view on the economy has strengthened, including the likelihood that inflation moves sustainably to the 2 percent target. He hinted that the Fed will likely be forced to shift to a modestly steeper path for policy as a result of the effects of fiscal stimulus.

Ahead of the next round of NAFTA talks, the risks of the Trump administration announcing a unilateral withdrawal from the trade bloc are significant, and is something to keep an eye out for. This next round will begin with contentious discussions on rules of origin and is potentially the second-to-last round before talks are suspended in the lead-up to Mexico’s presidential elections.

The next major economic data will be the PCE inflation report due to be released next week. A weaker print relative to market consensus (Bloomberg consensus at 0.3 percent m/m) may have a larger impact on market pricing and support risk appetite alongside a weaker USD. Consensus on ISM manufacturing is to edge lower, but remain solid at 58.5, while durable goods ex transportation should decline 0.2 percent m/m. Finally Q4 GDP is expected to be revised lower in the second estimate, to 2.4 percent q/q from the early estimate of 2.6 percent.

Inflation continued to be the talking point among UK market participants in February, and it showed no sign of contracting from its record high of 3 percent. Markets had expected the figure to drop to 2.9 percent, but no change was shown. This now puts the Bank of England in a situation that will involve raising interest rates at a faster pace than we had previously expected. Most economists now expect the Bank to raise interest rates to 0.75 percent in May with a 70 percent chance of a further rise this year, taking rates to 1 percent. It’s important to note that this news came as no shock to the market, given it was highlighted by the BoE governor Mark Carney nearly 20 months ago when the UK made its decision to leave the Euro block.

The February reading of the UK Manufacturing PMI indicated that positive performance in the sector  is ongoing, with the PMI, at 55.2 in February from 55.3 in January, still comfortably in expansionary territory and well above its long-term average of 51.7; however, a second modest decline in a row took the PMI to an eight-month low consistent with a moderating trend in manufacturing activity following healthy output growth of 2.8 percent in 2017 as a whole, up from 0.9 percent in 2016. News from the housing market was mixed with mortgage approvals rising by more than expected, but house price growth on the nationwide measure weakening to a 6-month low of 2.2% in February.

Meanwhile, recent communication on Brexit highlights the important differences (including the issue of the Irish border) between the EU-27 and the UK government sides, with the reactions to last week’s draft legal text on the Withdrawal Agreement from the European Commission a particular case in point. According to the EU’s Barnier, this document simply puts into legal terms the agreement reached last December. However, Theresa May quickly rejected the EU’s proposal for the Northern Ireland border, featuring a border between NI and GB if no other solution is found.

Politics is likely to be in focus, especially with the Brexit negotiations entering a key phase. Prime Minister Theresa May urged the European Union on Friday to show more flexibility in talks on future ties, saying Britain was ready to swallow the “hard facts” of Brexit, but did not believe they prevented a successful trade deal.

EUR – Countdown to end of QE

Just six months ago, economists were fearing a severe downturn for the single currency after the controversy with the German elections and Catalonia crisis. Today however, these seem all but distant memories as the Euro continues going from strength to strength. This has even escalated to the point that last week the ECB minutes showed concern that the US were intentionally devaluing their currency, which means investors could flock to the Euro and inflate the value of the currency – good news for anyone holding onto Euros, but bad news for purchasers.

ECB member Jens Weidmann provided further support for the Euro by suggesting that the quantitative easing program could cease by the end of the year, if economic growth continues at current levels; furthermore he suggested that he is not concerned about the current inflation levels. Buying is currently scheduled to run until September at a pace of 30 billion euros a month, taking the program to 2.55 trillion euros. Still, while the 25 member strong council is largely in unison on tapering as a tactic, some officials aren’t ready to consider when it should start. President Mario Draghi noted that the current options are another extension, but his personal view was that the program would never stop “abruptly”.

Looking ahead there’s every reason to expect the Euro to continue its current run, as some investors have priced in a rate hike by the end of 2018. The key to any decision will be the change in forward guidance, a key pillar of the ECB’s strategy in addition to QE and rates. In other news, this weekend is the Italian referendum which will not only see the succession of a new government, but will also potentially have major implications for the European Union.

We have seen a very tight trading range between the AUD/NZD over the past month (1.0884-1.0659)  – a trading band of 2 percent. The Kiwi traded within a similar range against both the EUR and GBP, but saw slightly greater volatility against the greenback (moving within 3.5 percent in month). Retail Sales Q/Q (1.7 percent >1.4 percent) and Unemployment Rate figures (4.5 percent <4.7 percent) both came out better than expected in February, yet we saw surprisingly little movement from the land of the long white cloud, indicating markets are more concerned with President Trump’s tweets, surrounding trade tariffs, Europe’s election results and ongoing Brexit talks.

Looking forward we have GDP Q/Q out March 15th and the Reserve Bank of New Zealand official cash rate is due to be released March 22nd  – both key dates to watch out for in March.

Connect with Patrick Liddy on LinkedIn