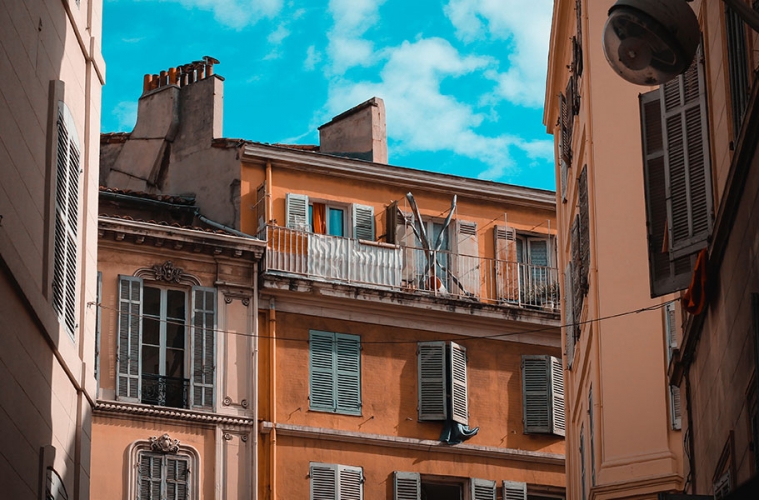 How to Sell a Property in France

Brits are still France’s biggest fans when it comes to buying a home there. People from the UK seeking a life with a little more joie de vivre across the Channel were involved in around one-third of all the non-resident property transactions in France last year.

Given the looming prospect of Brexit, you might think that this is a bad time to sell your property in France. But despite the uncertainties there’s actually something of a ‘Brexit boom’ going on. According to research, 66% of UK buyers are cracking on with their property search in France, and almost a third are even fast-tracking their plans to swap cornflakes for croissants before any official departure from the EU.

Combine that with a weakened pound, the Macron government slashing interest rates resulting in great mortgage deals and the property market is busy, busy, busy. And that goes for buying and selling.

To sell or not to sell?

House prices in France are, by and large, rising, particularly in the cities. Prices are jumping most sharply in urban areas such as the Calvados capital of Caen (by 15.6%), Chartres (10.5%), Bordeaux (9.8%) and Reims (9.6%). Only a few cities, including Brest, Limoges and Montpellier, have seen price falls over the last year, according to property gurus at Channel 4’s A Place in the Sun. Rural areas are showing smaller increases but experts say the market is doing better than at any time in the past and it’s only going to get stronger.

Researching the local market of your French home and seeing what local agents are saying is vital to ensure you sell at the best price and at the right time.

If you’re going to be moving your capital back to the UK, that ‘right time’ will depend on EURGBP exchange rate. The ups and downs of this can pose a risk but they can also represent a great opportunity. In 2018, the rate has moved around considerably – back in April a euro was worth £1.16, but in July it dropped to £1.11. If your French home was worth €100,000 that means you’d have received about £3,000 more than earlier in the year. Keeping an eye on rates is imperative. Good luck predicting them though.

How to choose an estate agent in France

Estate agent fees in France are among the highest in Europe, but there’s room to haggle and even less to play hard-boules.

The commission can be anything from 4% to 12%. Only estate agents with a carte professionnelle are permitted to sell properties, although there are also agents commerciaux who are endorsed by registered agents. Ask around for recommendations from friends and neighbours.

As in the UK, fees will depend on whether you get a single agent to sell your home or engage several to increase your chances. Who pays the estate agent fees is also up for grabs in France – it can be the seller or the buyer, with agents keen to promote themselves as being ‘at no cost to you’. In reality, however, a buyer will only swallow those fees if you knock them off the house price.

About 40% of all home sales in France are carried out privately because sellers want to dodge the hefty fees and they’ve seen the potential of the internet. This works best for cheaper properties but is not so good for that restored chateau which demands slicker marketing and could be attractive to an overseas househunter. You can hedge your bets and do both DIY and agency but make sure you’ve not signed an exclusive contract or the agent will still want paying.

A few sites worth checking out are:

OK, so the French word for red tape is really la bureaucratie or la paperasserie but anyway, the bureaucracy you need to wade through when selling a home in France is at least as painful as it is in the UK.

Preparation is key. In France that means a fair number of surveys that the seller is obliged to carry out in advance of celebratory cork popping and contract signing. These surveys are called the Dossier de Diagnostic Technique (DDT) and include a healthcheck for asbestos and lead, termites and electrical wiring. There’s even one required for septic tanks – something not to be sniffed at.

Notaires are Government-appointed officials and they are involved in every house sale in France. They effectively do the job of the conveyancing solicitor. They check and rubberstamp the paperwork and make sure that all taxes are paid and that the deal is registered nationally. One notaire will usually act for both the seller and the buyer – a notion that take a bit of getting used to.

They’ll go through all paperwork with you before contracts are signed. Notary fees are charged on a sliding scaled of up to 10% of the selling price and payable on completion. Because notaries are nationally appointed, the fees are fixed so there’s no need to shop around.

Once you sell and the contract is signed, the buyer has a ten-day cooling off period. That doesn’t apply to the seller who is bound by the terms of the contract.

As in the UK, if you sell a property in France for more than you paid for it you are potentially liable for a tax on the profit you’ve made. The gain is broadly calculated by deducting the purchase price from the sale price. This only applies if your French home is a secondary home. Before 2012 you avoided CGT if you’d owned the property for at least 15 years but now it’s 30 years.

There are ways you can chip away at your CGT obligations. For example:

And then there are social charges…

Selling a second home in France became more expensive in 2012 when the Government started applying prélèvements sociaux (social charges) to everyone selling a property. The French had always paid this tax but now those with second homes in France became liable too. That’s an additional 15.5% of the capital gains to budget for.

Getting the proceeds back to the UK cheaply

So, you’ve sold your French property. Congratulations. If you want to move what’s left after taxes back into your UK account, don’t ask a bank to do it. They’re likely to charge you a hefty fee and use an unfavourable (to you!) exchange rate. Far better to use WorldFirst’s easy-to-use, three step currency exchange service:

Five golden rules to selling your property in France