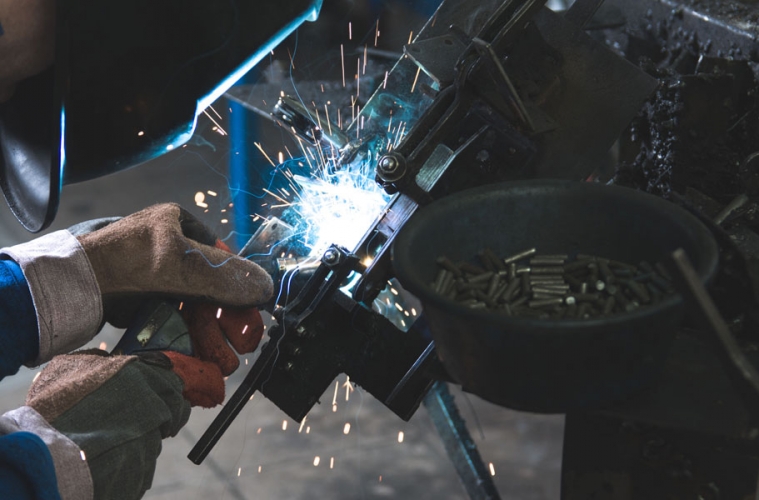 How to Find a Job and Work in France

Somewhere beneath the long-standing tensions between the Brits and the French lies affection, perhaps even a little jealousy. In one direction anyway: who can stay angry at a country with 450 different cheeses and where the wine flows like water? But what’s it like to work there and how easy is it to do?

The jobs market in France

With the devastating impact of the coronavirus, the jobs market in France is getting tougher. The economy has shrunk by about 10% in 2020 and unemployment is on the increase as a result. Big cities like Paris and its suburbs are likely to still have plenty of opportunities, but it remains to be seen how well the French economy will bounce back.

Do I need to speak French to work in France?

Pretty much. Even the most multi-national companies whose lingua franca is English will want you to have at least a conversational level of French. The only jobs you can get away with having little French in are those catering to English tourists and domestic work.

Best places to work in France

One of the wonderful things about France is its geography. You could be a beach lifeguard in the summer and a ski instructor in the winter (if you can swim and ski, obviously). Between the fields of technology, finance, manufacturing, tourism, vinification (that’s winemaking), and more – there’s a role for everyone.

So, where we do we think the best places to look for work are?

The five most sought-after companies to work for in France

Luxury is the watchword here, according to research by LinkedIn. The professional networking site analysed data from its users and found that these were the most favoured would-be employers in France:

Skilled workers are generally in high demand and especially professionals in:

How to find a job

The usual; search online and apply. But personal contacts and networks can still carry a great deal of weight when it comes to recruitment in France so exploit your networks, ramp up your LinkedIn activity, and work hard at meeting people once you’re there. If you’re currently working for an employer with offices, suppliers or partners in France, be sure to explore all avenues these afford.

You can look for jobs for English speakers in France at websites such as Expatica, TheLocal.fr, Gumtree, TopLanguageJobs, and XpatJobs.

Get your CV translated into French by a professional or, at the very least, a native French speaker. CVs in English will cut no moutarde with French HR departments.

Compared with their UK counterparts, French CVs are refreshingly stark and matter-of-fact. They rarely exceed one page. A CV usually contains very few sections; at the most:

Fun fact: the French for CV is Le CV, and not résumé. You’re welcome.

Eligibility to work in France after Brexit

If you’re resident in France on or before 31st December 2020, you’re right to work will stay the same as before Brexit as long as you continue to live in Spain.

For the latest updates on how UK citizens’ right to work in France may change after the transition period, see the government’s advice on living in France.

France is noted for its labour laws and workers’ terms and conditions are generally very good. The French generally enjoy a 35-hour working week (48-hours is the legal maximum), a lunch break of one or even two hours, and an annual holiday entitlement of at least five weeks. There are 11 official public holidays in most of France (13 in the Alsace region and the Moselle department). May Day is the only holiday for which an employer is obliged to give paid holiday, the rest are subject to various agreements between employers and unions.

Workers in France get a pretty good deal, but don’t believe everything you read. The widely reported story that the French government banned workers from answering work-related emails after 6pm is a myth.

Registering to work in France

During the Brexit transition period, you do not need any special documentation. As there is currently no PAYE system, you don’t even need a tax ID. One will be allocated to you after you submit your first annual tax return. If you need one before that for some administrative reason you can get your particulier numéro fiscal AKA simplification des procédures d’imposition (SPI) by contacting your local tax office (centre des impots).

In 2019 France introduced a PAYE system similar to that of the UK. Previously French workers filled out a household annual tax returns (déclaration de revenus) with taxes paid a year in arrears. Now, taxes are taken from the source of income in monthly payments.

Income tax is generally calculated per household rather than per individual. Unmarried couples complete separate French tax returns, but spouses and civil partners can opt to be taxed together. Tax is calculated by diving the household into a number of parts familiales including children (the first two children count as ½ each). Then the household’s total income is divided by the number of parts and income tax scale rates applied to this lower figure and then multiplied back up by the number of parts. Got that? This generally helps individuals to avoid falling into higher rate tax brackets.

Prélèvements sociaux, AKA contributions sociales, are mandatory ‘social charges’ – the French equivalent of our NI – and payable on top of income tax. The charge ranges from 9.7% to 17.2% depending on the type of income.

There is no automatic EU-wide recognition of academic degrees and diplomas. In most cases an employer will take your degree at face value but if necessary you can apply to have your credentials evaluated at the enic-naric.net website (the French enic-naric website). If you are a member of a registered profession (doctor, lawyer etc), contact your professional body, or see the EU’s information about free movement of professionals. Note, this free movement may change after the Brexit transition period.

Although it is commonly suspected that all French people are, in fact, able to speak English perfectly well but simply refuse to do so, there is still a surprisingly high demand for native-speaking teachers of English. If your French language skills aren’t up to the level required to take a job in France, teaching English might be a good bet for you.

Do get properly trained and accredited before you go. Note that the familiar TEFL acronym (Teaching English as a Foreign Language) is not a qualification, just a generic term. Make sure you choose a course that’s properly accredited. The training needn’t take too long – some of the more intensive courses can be completed in a month. Two of the most highly regarded TEFL qualifications are: