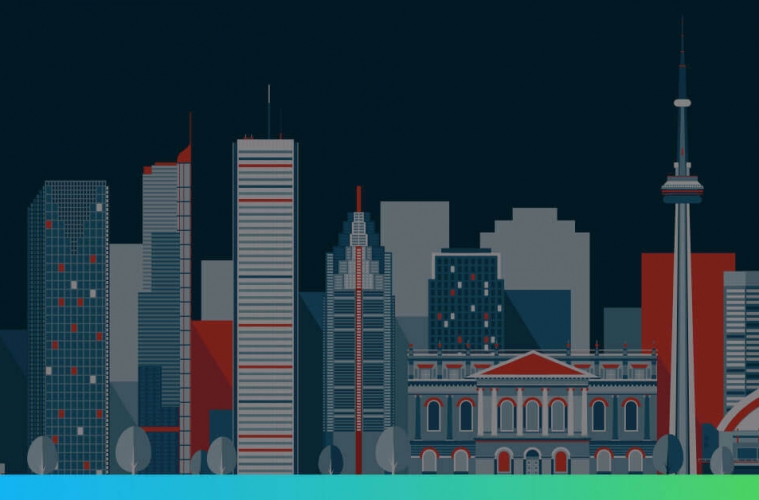 Thinking about moving to Canada? Top tips to help make your transatlantic dream a reality

As we kick-off the new tax year, it’s a time when many people begin to consider new opportunities. From starting a new career or launching a new business venture to upping sticks and taking on a completely new adventure abroad, the possibilities are endless. High up on the list of destinations for UK expats is Canada, land of lakes and home of ice hockey and endless maple syrup. For those of you dreaming about moving to Canada from the UK, World First’s own North American expat, Melissa Ginsburg, shares five handy tips to help get you started.

1. When it comes to geography, Canada really has it all on offer. But in a country so big, make sure you do your research.

Second only in size to Russia, whether you’re looking for the hustle and bustle of urban living, or the solitude of a laid-back rural existence both are available here, in plenitude. Canada is split into ten vast provinces to the south and three sprawling territories up north. If you’re after the metropolitan life, check out Toronto and Montreal, Canada’s most populous cities. After something a bit more relaxed? Consider Alberta for a mountainous
backdrop and lush forest landscapes or New Brunswick, perfect for those with a love of aquatic pleasures – rivers, lakes and miles of beautiful Atlantic coastline.

2. While Canada is generally welcoming to expats, getting a visa and securing a job can take time so prepare ahead.

It’s easy to find out whether or not you quality for a Canadian visa. Simply answer a few questions on the Government of Canada’s visa wizard to determine your eligibility to apply.

For those looking to move abroad to work, securing a job can be difficult straight off the bat, so try to get something fixed before making the move. The services sector is particularly strong here and offers the most career opportunities, particularly in industries such as business, education, health and retail.

And the good news is, for those already retired and looking to live the easy life across the pond, the UK state pension is also payable in Canada (though isn’t eligible for yearly increases).

3. While in a post-Brexit world the pound won’t take you as far as it used to, you can still make the most of the currency exchange rate.

Generally speaking, the cost of living in Canada is fairly comparable to that in the UK (Numbeo puts it at about 2.2% lower). The official currency of the country is the Canadian dollar (CAD) which tends to move in tandem with the USD and is heavily impacted by the price of oil. At the time of writing, 1 GBP will get you 1.65 CAD (Bloomberg).

Edward Hardy, World First’s Corporate Market Analyst explains: “The CAD’s been dragged to and fro by the volatility of the oil markets over the past two years and that linkage is far from being broken. It’s a peculiar scenario wherein Canada’s exchange rate has effectively been determined by the oil-producing nations of OPEC.”

So, once you’ve decided to take the leap, make sure you take a savvy approach to moving your money overseas. Find out how World First can help you transfer your money to Canada quickly, easily and maybe even save you some cash in the process.

4. North American with a European twist; brush up on the cultural basics for a seamless transition.

Historically, Canadian culture is heavily influenced by Europe—namely the UK and France—but you’ll likely find it more American than European in overall appeal. A bilingual nation, both English and French are recognised as official languages, so don’t forget to brush up on your s’il vous plaîts and mercis. Close to half the population identify as Roman Catholic, with Protestants making up nearly another quarter. The country is ruled under a constitutional monarchy with a parliamentary style of government. It’s part of the Commonwealth, which means the Queen is the official head of state.

When it comes to cuisine, there are plenty of American influences. Apart from in Quebec – where the cuisine largely reflects the area’s French heritage – the Atlantic coast provinces feature plenty of seafood and dishes with a nod to Canada’s English traditions. Don’t miss some of the country’s most popular dishes: smoked meat sandwiches, Nanaimo bars, poutine and even ketchup flavoured crisps.

5. Whether you’re renting or buying, it’s all about location.

For those of you looking to get your foot on the Canadian property ladder, which province and city you choose to live in makes a substantial difference to what you’ll pay. According to Living in Canada, average house prices there are on the rise and (as of July 2016) are around $481,000. The most expensive city to buy a property in is Vancouver with average prices coming in over one million CAD, which is closely followed by Toronto with prices just over $700,000. Average property prices in the provinces of Nova Scotia, Prince Edward Island and New Brunswick are significantly lower.

Looking for a something more temporary? Rental prices, on the other hand, are markedly lower than those in the UK. On average, rent in Canada is almost 14% lower than in the UK (Numbeo).

This article is part of our spring edition of Transfer magazine. Download your complimentary copy here.