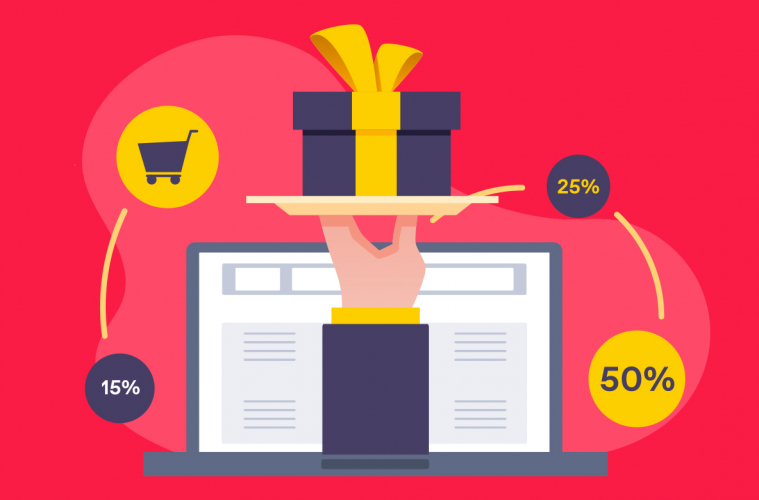 Forget Black Friday or Cyber Monday; China Singles Day has grown to become the biggest shopping day in the world. This year’s event took place on the 11th of November, averaging sales of $25 billion, generating more than twice as much revenue as Black Friday and Cyber Monday combined. This year, e-commerce platform Alibaba set a world retail record by selling $38.4 billion dollars in gross merchandising volume in one day – totalling in at over 1.3 billion delivery orders. So how did a quirky, fun festival for single men and women turn into such a significant shopping event for marketplace sellers and consumers alike?

How it all began…

Singles Day originated at Nanjing University in 1993, when four single male students decided that, instead of feeling lonely and ashamed about their single status, they’d actively celebrate it. They set up a series of ‘single and ready to mingle’ type events and parties at their university, which they held on the 11th November, or 11/11, because the date format consists of four ones, representing four single people!

The day was a huge hit, and word soon spread outside the university. Soon, the whole of China was celebrating Singles Day – and it had taken on a life of its own! Singletons would go out to restaurants on their own, hold blind date mixers, or even book out every other seat in the cinema so that couples couldn’t sit together! Perhaps most importantly, it also became a great excuse to treat yourself, instead of waiting to find a partner to buy you presents!

Gradually, Singles Day morphed from being the polar opposite to Valentine’s Day into accommodating a more conventional celebration of love and partnership. The date 11th November is considered extremely auspicious by the Chinese, as 11-11 represents two people finding each other and being together on either side of the special day. That said, it’s become a trendy date for weddings. In 2011, for example, 4,000 couples were married on 11th November in Beijing, compared to the 700 of an average day.

The first year that China Singles Day became a shopping phenomenon was 2009. An Alibaba executive named Daniel Zhang decided to capitalise on the notion of Singles Day, showcasing “#double11” as a great excuse to treat yourself, and utilised the date to offer huge discounts through its consumer shopping site Tmall. With just 27 merchants participating, Alibaba grossed $7 million on its inaugural Singles Day. Zhang could not have anticipated that it would take off and blossom into the gigantic shopping date it is today – but take off it most certainly did. Widely credited with being the mastermind behind China Singles Day, 47-year-old Zhang is now the chairman of Alibaba, having replaced long-time figurehead Jack Ma on 10th September 2019. Today, 11.11 is no longer limited to online merchandise and now boast an impressive range of activities and offers in the leadup to the event.

A big win for business

Although China Singles Day has since been trademarked by Alibaba, the Asian marketplace giant is not the only business to do exceptionally well out of the biggest single day of commerce in the world. In 2019, more than 200,000 brands listed more than 15 million products. 812 million packages were shipped, and 1.48 billion online transactions were recorded. 2019 saw even greater figures.

The idea initially was to offer deals and products to entice singletons, but perhaps unsurprisingly, the range of goods being sold and bought goes far behind that remit. Tech is, of course, popular, but so too are household products like toilet roll! In 2018, the products with the most significant price cuts were among the best sellers and also drove market share – for example, parent and baby products, with an average discount of 33%, captured 18 to 19% of category sales, compared to 6-7% on a typical day.

As well as the substantial online discounts, individual brands used discounts and tactics such as click and collect, or ‘buy one get one free’, to drive additional sales in stores. Alibaba itself has been very keen to expand China Singles Day from pure eCommerce to bricks-and-mortar selling, in line with its ‘new retail’ strategy. It aims to align the online parts of its business with the offline, in a bid to create and engage lifetime customers instead of focusing on single transactions and marketplaces. Alibaba recently acquired a chain of grocery stores named Hema, which allows users to pay for their shopping with their phone, and, naturally, it expanded its China Singles Day discounts to these stores. These only accounted for 2% of its profits from China Singles Day in 2018 but is nevertheless a sign of things to come.

It’s not just China that Alibaba – and other merchants – reached out this Singles Day. Alibaba made a renewed push to expand outside China, with some 130 million customers outside the country. Singles Day represented an excellent opportunity to expand into international markets – and vice versa.

Although Singles Day has until now mainly been centred around the Asian market, it’s growing in popularity in the West, too. According to a survey by the National Today data team in the USA, 36% of Americans are single, with 78% planning to treat themselves to ‘something nice’ – mostly planning to splurge on clothes (26%) and electronics (14%). Although Singles Day was mostly unheard of before 2018, 78% of those Americans who knew about it planned to get involved in 2019. Most were expected to spend between $30 and $50 (21%), with 10% expected to spend as much as $500.

Making the most of a great opportunity

2019’s Singles Day saw a gigantic 1 million new products[1] launched for the promotion, and a record RMB 268.4 billion (or $38.4 billion) settles through Alipay[2]. This huge figure represents a year on year growth of 26% – an incredible figure that shows just how rapidly eCommerce is growing across Asia. This growth somewhat aligns with the development of online retail in China, and explains, in part, why Alibaba continues to pursue other opportunities for growth on Singles Day, such as new international markets and the development of a more comprehensive, holistic online and offline customer experience.

There’s also the chance to capitalise on the fresh energy of this shopping event. Unlike Black Friday, which has in the UK become synonymous with undignified scrambles for products, 50% off discounts, and returned goods, Singles Day in China is marketed as a more upmarket, interactive experience for the tech-savvy consumer. This year, music icon Taylor Swift took to the stage in Shanghai during the countdown to Singles Day. During her performance, shoppers were able to vote and play augmented reality games on smartphone apps to earn credits and reveal deals.

This kind of approach means that Singles Day represents a fresh opportunity for online retailers to engage with their customers. The fact that Singles Day sales only last for 24 hours and are not so focused on heavy discounting as Black Friday, also gives them a sense of exclusivity upon which retailers can capitalise.

With such great potential to expand into the Asian market, grow your customer base, and drive sales, China Singles Day is an opportunity that shouldn’t be quickly passed up by any eCommerce company looking to expand its international reach. The 2019 event featured 200,000 brands from 78 overseas markets, with half a billion shoppers participating. Sounds good, doesn’t it? If you weren’t involved – there’s always next year!

How WorldFirst can support your marketplace

WorldFirst partners with major marketplaces and eCommerce service providers on a global scale. With the ability to support your trading on major marketplaces such as Amazon, eBay, Newegg, Rakuten, Lazada, Cdiscount, and many more, our collaborations increase the opportunities for the international expansion of your business.

Partnering with leading marketplaces such as these also enables us to help you solve the issue of cross-border payments for your eCommerce business. With our free World Account, you can open multiple local currency accounts in GBP, USD, EUR, CAD, JPY, AUD, SGD, NZD, HKD and CNH and receive money at a great rate. Get started today.