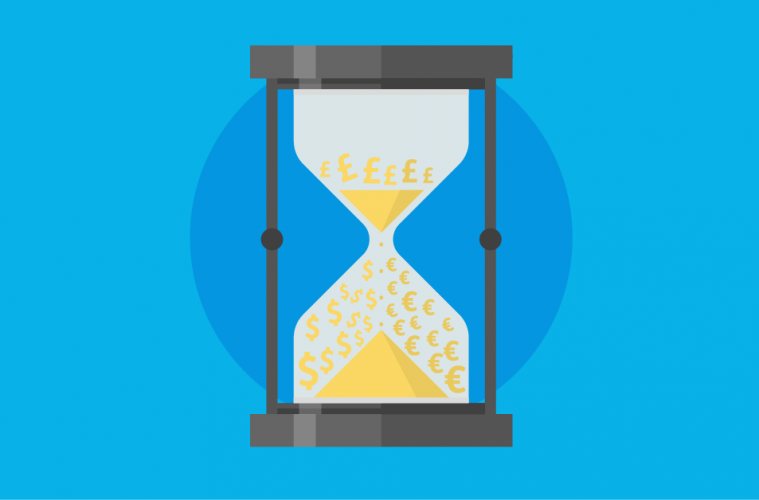 Start-up guide: is it time to repatriate your cash?

The pounds in your overseas pocket: what to consider when repatriating your cash today

“It does not mean that the pound here in Britain, in your pocket or purse or in your bank, has been devalued.” That’s how the then Prime Minister, Harold Wilson, famously attempted to play down the PR – and some would argue economic – disaster of his government’s devaluation of sterling back in 1967, when they cut the pound’s standing against the US dollar from $2.80 to $2.40.

Much ridiculed at the time, his famous ‘pound in the pocket’ comment nonetheless resonates today following the fall in the value of sterling after this summer’s shock Brexit vote. As of 20 October 2016, GBP to USD currency rates are now down to around $1.23 and GBP to EUR €1.12. However, just as in 1967, the good news for those individuals and businesses who have overseas cash holdings or incomes, is that the pounds waiting to be in your overseas pocket have now risen in value by more than 20 per cent. And that’s worth having.

The question is whether now is the moment to realise these gains by converting the euros, dollars and other currencies into sterling or whether to hold on to see if sterling slides further. This is the dilemma shared by many World First clients, according to Ian Wilson, Manager of Corporate Dealing in the firm’s London office.

Should I convert currency now – or wait?

“We can’t advise our clients on when it is the best time for them to trade,” says Ian. “Instead it’s important for us to provide our clients with information about what is happening in the current market so they are able to make their own informed decisions. Don’t forget that it wasn’t too long ago that we were at $1.60 and now it’s a little over $1.20.”

So how are clients reacting? “We’ve had a fair few spot conversions with customers converting everything,” confirms Ian, “while others are doing 25 or 50 per cent – and doing the rest subsequently, so they’re at least taking some of the risk off the table.” There are clients of course who believe sterling’s tumbles aren’t over yet: “We’ve also had people opting for market orders,” adds Ian, “which is where they say, ‘I’m not going to take this rate today but if you can get me a better rate, automatically book that trade.’”

With a market order, World First will convert an agreed amount of dollars or euros, for instance, if World First is able to secure the desired rate optioned by the client. So were the client to hold dollars, currently around 1.23, they could commit to buy a certain number of pounds if the rate fell to, say, 1.20. ‘‘They set a rate in their minds that they’re happy with and let the market run its course,’’ explains Ian. ‘‘If it happens, they’re thrilled – if it doesn’t then they adjust their thinking subsequently.”

In addition to ad hoc spot conversions and market orders, World First also offers its customers forward contracts, in which both parties agree to exchange currencies up to an agreed value at a fixed rate over a term of up to three years. “Particularly for businesses,” says Ian, “the forward contract can help with budgeting because if they don’t have a fixed rate for the future then they’re really at the mercy of the market,” explains Ian, whose customers are typically hedging from one to 12 months ahead. Of course, if the rate situation changes and the live rate gets better, then being locked in with a forward contract does mean that the client cannot benefit from that favourable currency move. Ultimately, however, it’s up to each customer to decide on the level of risk that they are comfortable with, confirms Ian, who adds: “It can be quite a scary thing if you make the majority of your revenues or pay the majority of your costs in a different currency and it moves by 10 or 20 per cent. If you have quite tight margins it can make a really big difference.”

And that’s why putting a plan in place to manage your currency exposure is vital, confirms Ian.

Of course it’s not just World First’s corporate customers who have felt the consequences of that shock Brexit vote. “It had a huge impact on individuals buying property in France and Spain,” says Charlotte Joy, a Team Leader on World First’s Private Desk in London. “Some people had to rethink their decisions to buy properties abroad.”

For other private clients, notably those with foreign currency incomes or savings or those already with property assets overseas, the fall in sterling’s value following the vote has been a boon. “We have a huge amount of clients that work abroad,” explains Charlotte, “including in Europe, New Zealand and Australia, who need to convert their respective currencies back into pounds and are now looking to fix those rates.”

Given the current rates, these people will be getting more than they expected for their euros or dollars.

As well as offering forward contracts for private clients with FX incomes, Charlotte and her team also provide services to those making moves on the international property market. One couple who sold their house in France over the summer, for instance, discovered that the sale would be processed after the referendum; they saved around 5 cents in the exchange rate, which in their case meant an extra £7,000.

Another client, who sold in France for €485,000, wanted to secure a forward rate for the full amount prior to the referendum vote. However, after reviewing the options with one of the London-based World First team, he decided to lock a rate for just half the amount – leaving the other half open until after the referendum. “At which point he saved thousands due to the euro’s strengthening,” explains Charlotte, adding: “A very happy customer.”

World First is also supporting those who are earning money in sterling and looking to convert it to other currencies by helping them try to manage the difficult situation, “Helping people manage those big life events is at the heart of what we do,” explains Charlotte.

Of course, the value of sterling may fall further still meaning that locking in now might offer a less optimal return than leaving it up to the market rate. Ultimately, it’s up to the individual to decide how they want to play it and how best to manage their own assets.

“We keep in touch with our clients as much as we can,” concludes Charlotte. “We want to ensure that they get a great rate and want to use our service again. The life cycle of money transfer is not just one day – we look at it from a wider perspective – and want to create long-term relationships.”

And it’s the same for corporate customers, adds Ian Wilson, “For us it’s about moving away from just being transactional and talking directly to clients about their business and understanding what impact changing rates have on their margins. It sounds corny but we really do want to add value for each and every one of our clients.”