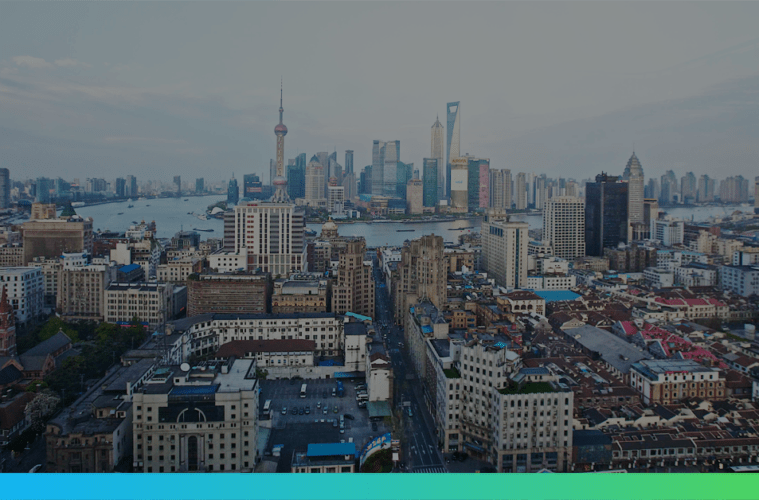 A strong strategy is a diverse strategy investors will tell you. Similarly businesses need to diversify their sales environments, operations and risks. Diversification can be about acquiring new customers; some will be looking to expand, some to consolidate,
some to dip their toe in a new market for the first time.

Much like you would not launch a new product without the necessary research into costings, distribution and competitors, opening your business to international expansion needs an exceptional amount of planning.

Here we will take a look at 5 countries that we are tipping to do better than most in 2016, places where a business looking to
expand abroad may find some real joy.

Our top pick is China for obvious reasons; the world’s second largest economy is going through the most ambitious change in economic history since the 1950s and the emergence of the ‘American Dream’.

The Chinese economy is in the midst of change, retooling its economy away from low-cost, high-supply manufacturing to a more specialised sector with the slack taken up by a services industry powered by an emboldened and growing middle class. At least, that’s the plan.

China’s trade visit to Britain last year was touted as the beginning of a ‘Golden Decade’ for relations between the two countries but it needs to improve trade figures first and foremost. According to the IMF, only 5% of the UK’s exports go to China – less than go to Ireland and only slightly more than end up in Belgium. For context, 65% of our exports end up in the EU or the US.

The Chinese economy is slowing to a more sustainable level of growth and opportunities abound for both etailing and more traditional corporate customers if they are able to serve this generation of Chinese consumers and high-tech
manufacturers.

Previous heavyweights such as power generation, automobile and steel production may fade with semiconductor, communications and medical sectors taking the baton.

Vietnam is not going to be the next China, but is trying its damnedest to be.

The shift in Chinese manufacturing practices away from stack-it-high-sell-it-cheap goods to a much more specialised area leaves a gaping chasm in the world of manufacturing. The garment industry is being hotly tipped as an area that will make the switch with one province of Vietnam garnering around $1.5bn of foreign investment purely for the industry in the first 5 months of this year.

These exports are likely to remain cheap as well. The Vietnamese dong (VND) is the least valuable currency in the world – £1 buys 34,000 of them at the time of writing – and the central bank has devalued its currency three times this year. The per hour cost of manufacturing labour is around 60% of China and Thailand.

Finally, of all the signatories of the Trans-Pacific Partnership (TPP) trade deal, Vietnam stands to benefit the most given the access to much larger markets that it will gain.

Like most emerging market economies, Singapore is in the midst of a China and commodity driven slump.

Pressure had been building on the Monetary Authority of Singapore to acknowledge these pressures and do something to weaken the SGD below its trading band that keeps it as stable as it can be against the dollar at its meeting on October 14th.

Currency war speculation has seen a marked increase since the yuan devaluation in August and regional currencies that have high trade coefficients and competitiveness with Singapore (Malaysia, Indonesia, South Korea and Australia) have all benefited from loosening of monetary policy locally.

As much as the political situation is in hand in Singapore, made all the more so by the resounding win of the People’s Action Party in September’s elections, the political scandal rocking the Malaysian PM at the moment has had a strongly negative effect on trade between the two countries.

The country however is part of the TPP trade deal as well and the signatories represent a large market for Singapore, accounting for 30 per cent of its total trade in goods in 2013 and 30 per cent of foreign direct investment into the country.

Although Singapore is already an open economy, the trade pact is still expected to boost trade and investment links between Singapore and key markets in the region and elsewhere in the world, including in fast-growing Latin America.

‘Terms of trade’ is a lofty economic phrase for a very simple concept – if digging stuff out of the ground forms a sizeable portion of your economy’s output then changes in the market value of that stuff will impact your country’s economy.

The Reserve Bank of Australia has cut interest rates twice in 2015 and is expected to cut further as we move through 2016 – and it is still our belief that further weakening of the AUD is due as it remains the Reserve Bank of Australia’s favourite way of loosening financial conditions within the country. We are still yet to see whether the Turnbull leadership will allow for the kind of changes and reforms that the Australian government needs in the longer term.

We are bullish on China moving into 2016 and as a result we have to be bullish Australia as well.

If the TPP deal was the biggest trade deal of the year, then the deal struck between the US and Iran over the latter’s nuclear program must be the political deal of 2015.

Under the terms of the agreement, now that Iran is beginning to deliver on its commitments the European Union and the US will end sanctions on Iran’s trade, financial and energy sectors. This will likely take months but we expect positive movement through the remainder of 2016.

Once those barrels and barrels of Iranian light and heavy hit the markets then the revenues that Iran will begin to reap are not going to be sat around idle. Iran needs agriculture, electricity, transport and construction expertise as its economy opens up.

If there is a new market opening that everyone will be clamouring for in 2016 it will be Iran but for now, significant obstacles remain.

International trade is not for everyone. Expansion abroad brings risks as well as opportunities and having the expertise of a currency specialist like World First on your side is vital. We take pride in helping you find the best solution for you – there’s nothing ‘off-the-peg’ about either our approach or our assistance. Whatever your business and wherever your strategy takes you, we can help.

While we are unable to deal with Iran as yet, for help and assistance in dealing with the countries listed above or anywhere else for that matter, please contact us. get in touch.