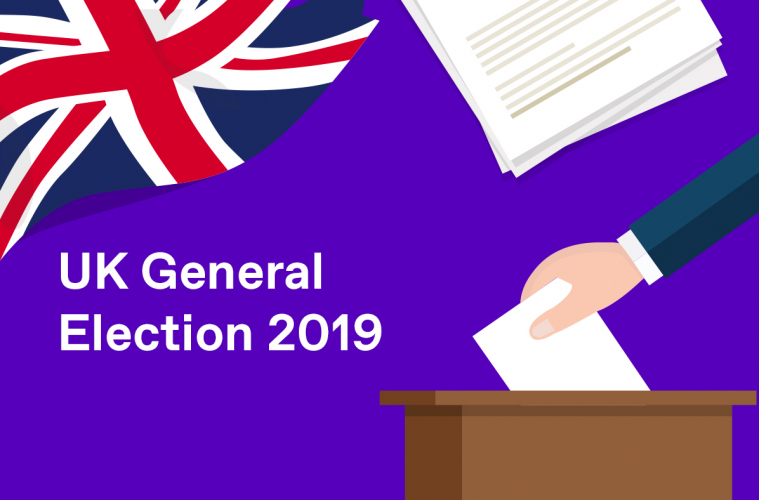 UK General Election: We look at the possible outcomes for the Pound

With the UK due to embark on its fourth general election this decade, the 12th December will see voters head to the polls to cast their vote. Whilst this election could push for a decisive conclusion on Brexit, what it will mean for the Pound remains hard to predict. In the lead-up to the General Election thus far, we have seen a significant correlation between Pound strength and a Conservative majority outcome prediction. The recent YouGov poll confirmed this, with close to 1% appreciation on majors at its highest level in a week; with an important caveat that if the lead falls by four points then we would be in hung parliament territory. The reality is that the election outcome is still uncertain.

Although the Pound is shrouded by ambiguity, we’re here to help walk you through potential forecasts based on various election outcomes. Take a look below for our analysis on each scenario:

Currently, with the highest odds percentage, the Pound could experience a rise of around 5% against the US Dollar and a more modest gain versus the Euro, as the market would gain clarity on the next steps of the Brexit negotiations leading into the 2020 transitional period.

Boris Johnson has the most seats but no majority and must look for other allies: A re-run of the 2017 election outcome would be the basis for the Pound to retreat to similar uncertain levels. A saving grace would be a Conservative plus others agreement in place to get a bill over the line to provide certainty to the market.

Labour would attempt to form a Government, likely with the SNP, who in turn would demand an independence referendum in 2020. The combination of going back to the drawing board with Brexit negotiations and possible dissolution of the union could present a short-term slide for the Pound ranging from 1-2%, with a longer-term recovery based on the path of a new referendum.

This presents the largest downside variance scenario for sterling, with a survey of analysts pricing a possible 4-5% depreciation. Concerns over capital flight as a result of large-scale borrowing and increased taxation could pull markets lower until Brexit plans or referendum plans are launched.

With the Pound already taking a wild rollercoaster over the past year, it’s hard to know exactly how any of the outcomes outlined above will truly come to set the tone for the UK’s economic performance in 2020. We at WorldFirst are, however, here to support you with any questions that you may have. If you are concerned about reducing any potential risks of exposure to market volatility, you may want to consider the below services:

With the inherent volatility in the markets around risk events such as these, we can provide future purchasing of your currency requirements at a fixed rate, allowing you to take currency risk out of the equation for your business and personal requirements in the future. Find out more here.

A tool that allows you to target a purchase price, either as a supportive mechanism to protect from excessive drops in currency rate or as an upper target to take advantage of swings in the market. Find out more here.