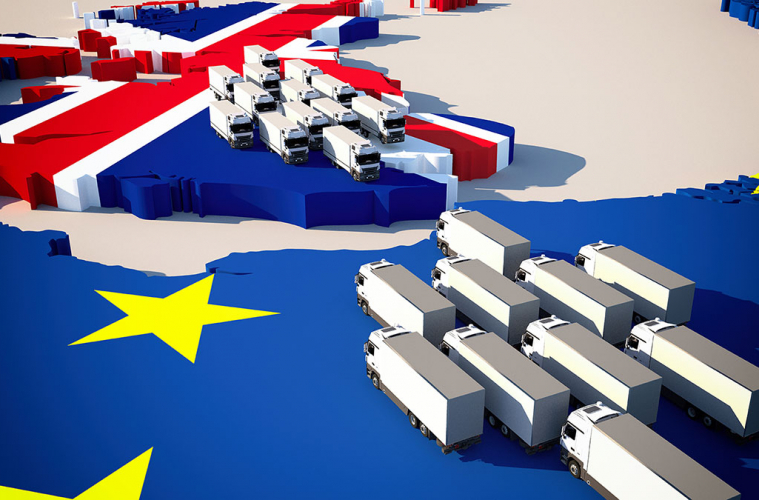 Amazon’s EFN And Pan-European FBA Programmes to End for UK Sellers: Everything You Need to Know

Finally, the bombshell announcement has answered many sellers’ questions—and fears—about what Fulfilment by Amazon (FBA) is going to look like in a post-Brexit world.

The changes are significant, and they’re unlikely to make life easier for UK and EU sellers.

There is a lot to unpack with this issue and to do it justice, we’ll be covering off on the following:

The UK’s Brexit transition period is due to end on 31 December 2020.

In practice, this means that goods travelling from the UK to the EU, or vice versa, will now have to pass through a customs border.

For sellers using Amazon’s European Fulfilment Network (EFN) and Pan-European FBA, the new customs checks will have some important implications. 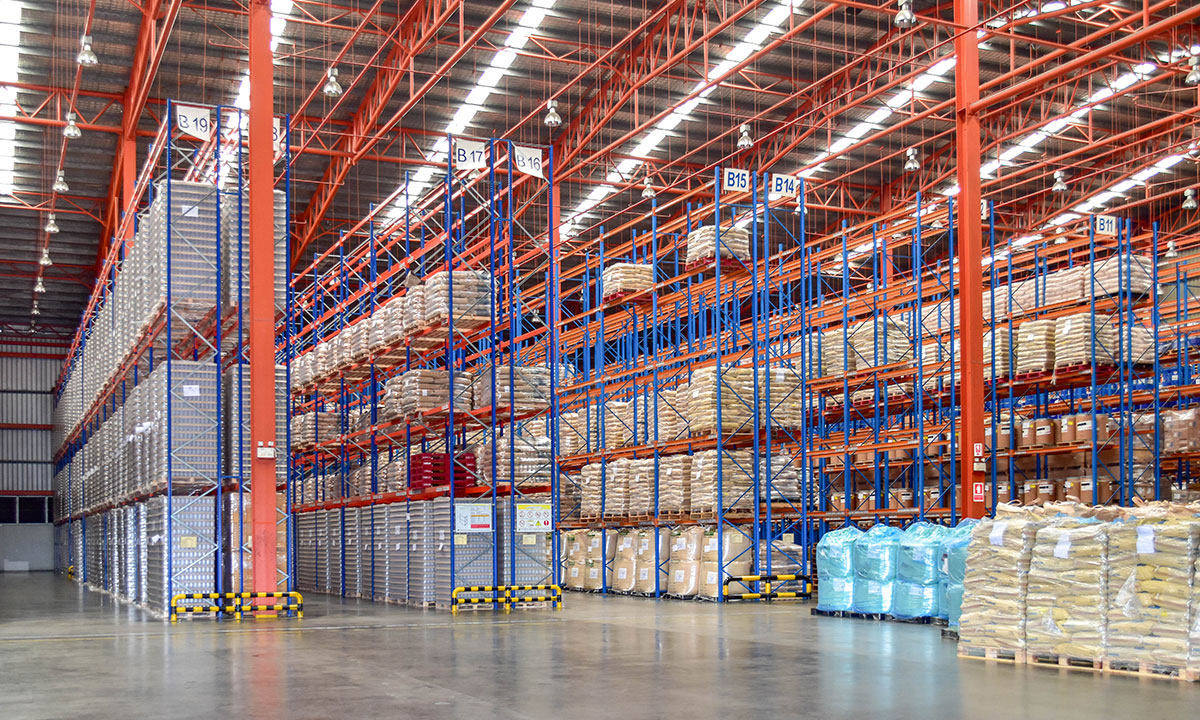 Amazon’s EFN enables merchants to sell into any marketplace in Europe (granting sellers valuable access to France, Germany, Italy and Spain) by shipping orders from a single fulfilment centre within the UK.

The scheme eliminates much of the logistical heavy lifting usually involved in cracking the European market. Upon receiving an order, the seller pays Amazon a set cost to ship directly to the destination country. All that’s required from the seller’s end is to ship their inventory to a UK fulfilment centre.

Though it comes at a price, EFN has traditionally been seen as a convenient way for smaller players to crack the European market, without the need for VAT registration or other common accounting headaches.

The Pan-European FBA programme, meanwhile, also allows sellers access to Amazon’s EU marketplaces. Crucially though, it differs in that it offers faster shipping and automatic enrolment in Amazon Prime, as well as lower per-unit shipping costs.

As with EFN, Pan-European FBA sellers ship their stock to a UK-based fulfilment centre. Amazon, however, then take on the logistical legwork of distributing it to storage locations across the EU. Notably, this enables the faster delivery times that set the scheme apart from EFN.

The end of an era

Come 1 January 2021, both schemes will be cease to support shipments from the UK.

Per Amazon:
“FBA offers using EFN will not be fulfilled across the UK-EU border.

Pan-European FBA inventory transfers will stop between the UK and EU (however, Pan-European FBA will continue to transfer inventory within the EU region, supporting your sales on Germany, France, Italy and Spain sites)”

Simply put, stock will no longer be able to cross the UK-EU border through any of Amazon’s own fulfilment networks.

This move makes sense, given the UK’s new status as a country independent of the EU. Effectively, Amazon are stepping away from acting as a logistical intermediary between the two. 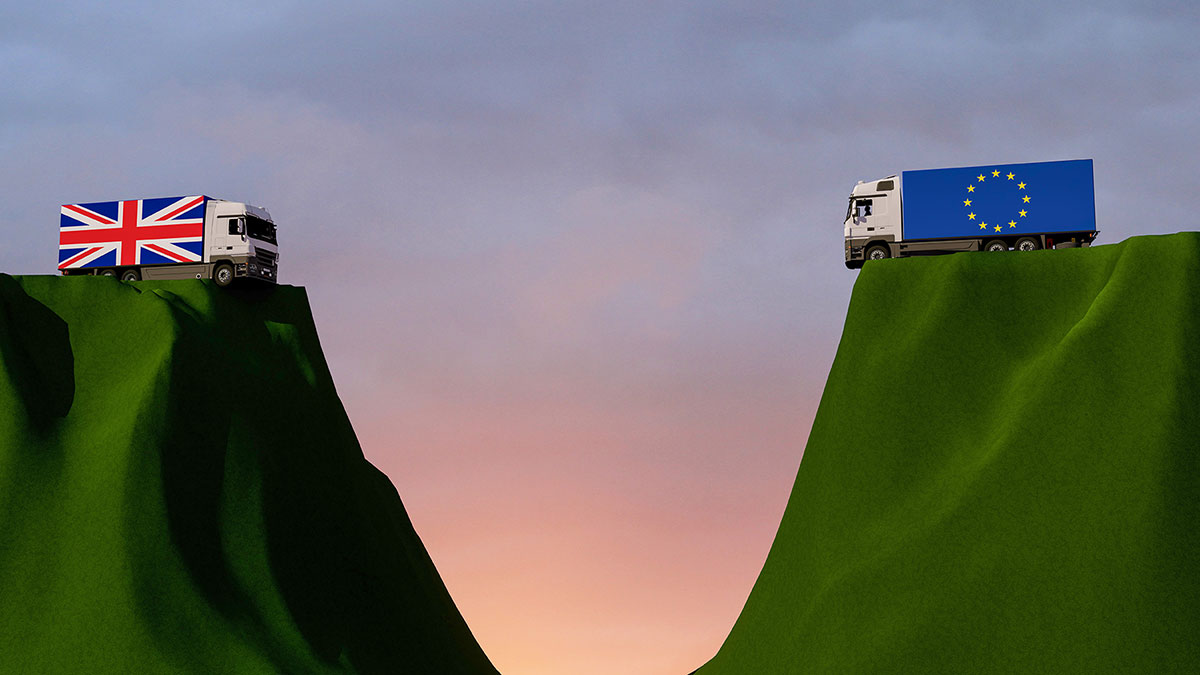 The prospect of losing potential customers has may be met with consternation by some sellers.

It’s worth noting that those sellers are by no means confined to the UK: Businesses selling into Europe are also among those who have been using the schemes to sell to the UK and the EU in one convenient package.

So, with EFN from the UK soon to be consigned to the history books, and Pan-European FBA no longer providing shipping assistance from the UK to the EU, how can sellers ensure they don’t lose access to the EU market?

In short: From our understanding from the points above, if you want to continue selling in both markets, you’ll need to split stock between the UK and the EU.

After the transition period, UK sellers will need to ship their goods to an EU-based Amazon fulfilment centre, at their own expense, to continue selling in Europe. From here, Amazon will continue to distribute the stock to warehouses in individual EU countries as before via Pan-European FBA.

The net result is that there’s no way around getting your hands dirty anymore. So based on this information, if you only use a UK fulfilment centre, you will no longer be able to sell to Amazon customers within the EU via Pan-European FBA or EFN, and will need to make alternative arrangements to service EU customers

What about EFN sellers?

Naturally, these adjustments will be easier to stomach for sellers already enrolled in the Pan-European FBA programme.

Those currently relying on EFN, on the other hand, may find themselves between a rock and a hard place.

Taking the plunge into Pan-European FBA—which, as aforementioned, will now require manual shipment to an EU fulfilment centre—opens the door to a number of potential risks.

These considerations will give pause for thought to sellers currently fulfilling through EFN, many of whom will be weighing up the pros and cons of jumping ship to Pan-Europe FBA in order to stay in the European market.

The calm before the storm

While businesses officially have until the 31 December 2020 deadline to decide on a course of action, the time to prepare is now.

There’s talk that Amazon may stop shipping items from the UK to the EU before Christmas to minimise the build-up of stock that they’ll need to return in the new year, or even that Amazon might even start returning sellers’ stock from EU-based to UK-based warehouses in December.

The international courier services specialist ParcelHero fear that the mass-repatriation of stock could spark administrative difficulties for retailers , wittily dubbed a “nightmare before Christmas” by David Jinks, head of consumer research at ParcelHero.

But in what’s proving a convoluted route to a post-Brexit world, this is far from the only road bump. 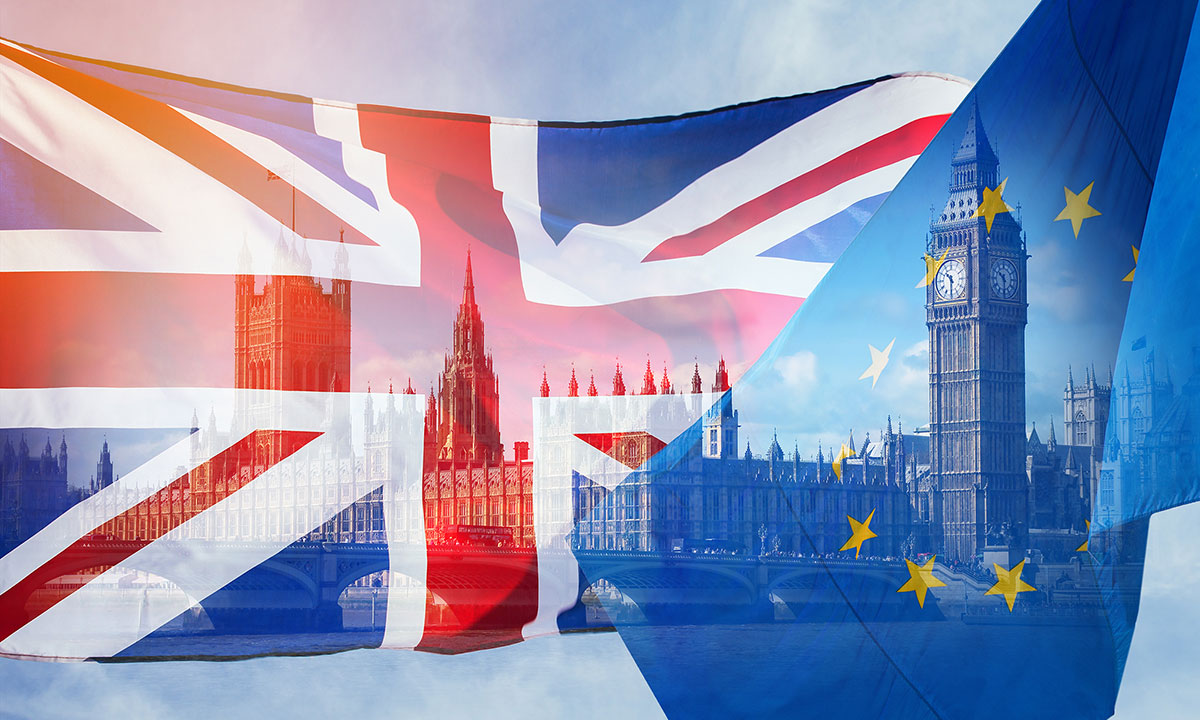 There’s no disputing that Brexit will affect cross-border trade on a wider scale. The economic implications of the UK-EU schism will obviously extend beyond Amazon, having profound and far-reaching effects on the UK’s imports and exports.

But following the government’s unveiling of its Border Operating Model (BOM) —a new document outlining how the UK will manage European imports and exports after the Brexit transition period—what remains unclear is exactly how it will affect them.

Weighing in at a hefty 206 pages, the landmark document doesn’t make for light reading. Muddying the waters further is the lack of any historical precedent to refer to. Furthermore, much of the confusion lies in the fact that the landscape is still shifting.

As things stand, the UK and the EU are operating under a free trade agreement. That’s obviously going to change. The question that’s confounded experts and laypeople alike is to what degree it’s going to change—and how.

So, as a business owner trying to make sense of it all, what are the key takeaways from the BOM?

At the end of the transition period, the EU will treat all British exports as “third country exports”. Put simply, this means the UK will be subject to the same customs formalities as other non-EU countries.

The full extent of these changes is impossible to state with certainty. After all, the new agreements haven’t yet been made, and aren’t likely to be finalised for a couple of years.

What we do know is that both importers and exporters will need to complete customs declarations, starting on 1 January 2021. 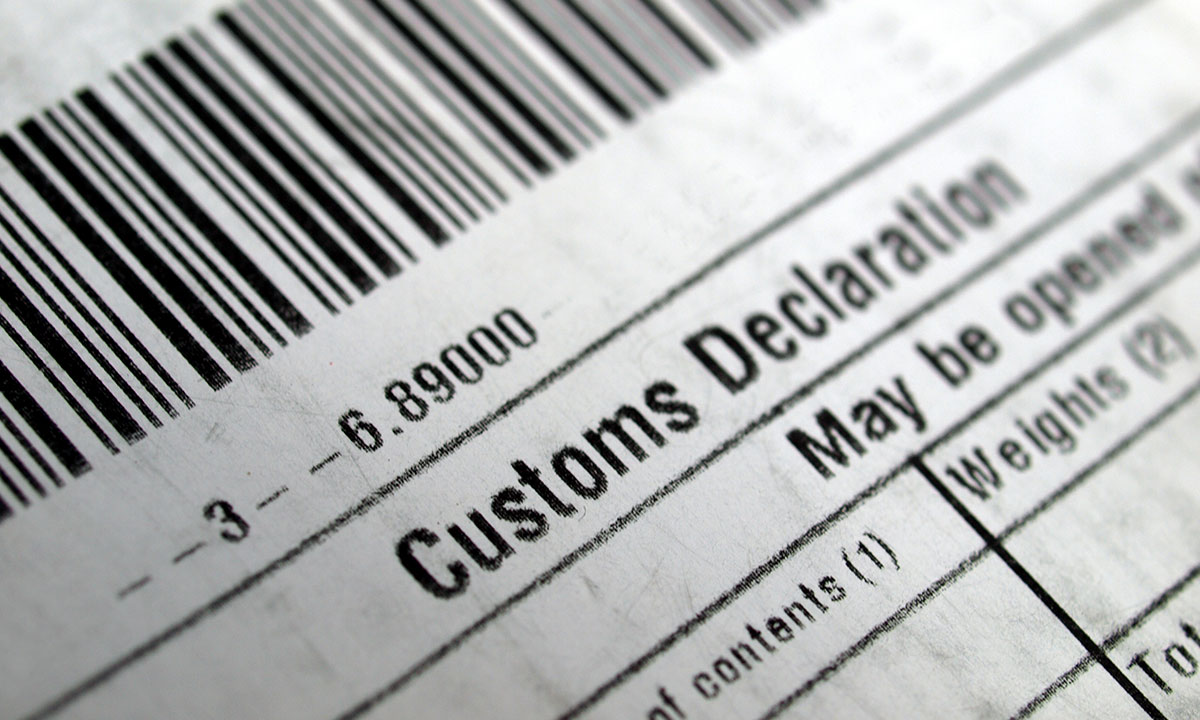 As with most of the trade guidelines, the specifics will depend heavily on your particular industry.

Merchants of products of animal origin will be required to complete Export Health Certificates certifying the health of their goods. Shipments will then pass through Border Inspection Posts (BCP) prior to reaching their European consignees.

Meanwhile, certain goods will also be subject to EU Sanitary and Phytosanitary (SPS) checks. Businesses needing to take note will include those dealing in animal and plant products. Any business trading in potentially dangerous goods will also need an export license.

How you comply with these requirements is up to you.

Some businesses are choosing to outsource the work to intermediaries in the form of agents, brokers and forwarders. Others are opting to complete their own declarations in-house. This is a potential cost-saving measure, but one that requires specialist software and training. 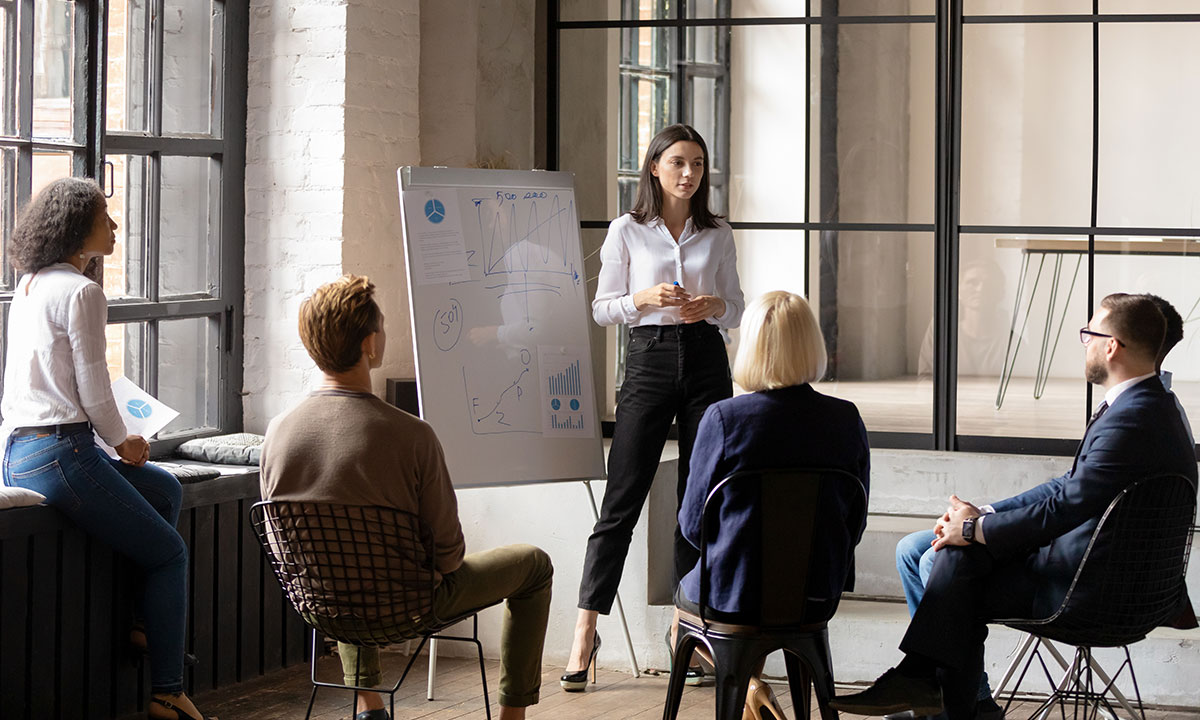 Naturally, some business owners have voiced concerns about the financial impact of training employees to comply with the post-Brexit bureaucracy.

Offering a welcome lifeline, HMRC’s Customs Grant Schemes are a boon to those looking to bring their staff up to speed on the upcoming changes.

The programme, administered by PwC, gives eligible businesses 100% of the cost of training their employees to make customs declarations, capped at a limit of £2,250 per trainee.

The scheme is open to any businesses that are established or have a branch in the UK (at the time the grant is paid). Even if you currently use an intermediary to complete your declarations, you may be able to apply.

Eligibility requirements for the grant are as follows:

Though 31 January 2021 is the official deadline for applications, it’s best to act now if you qualify. The scheme ends once all the funding has been allocated. 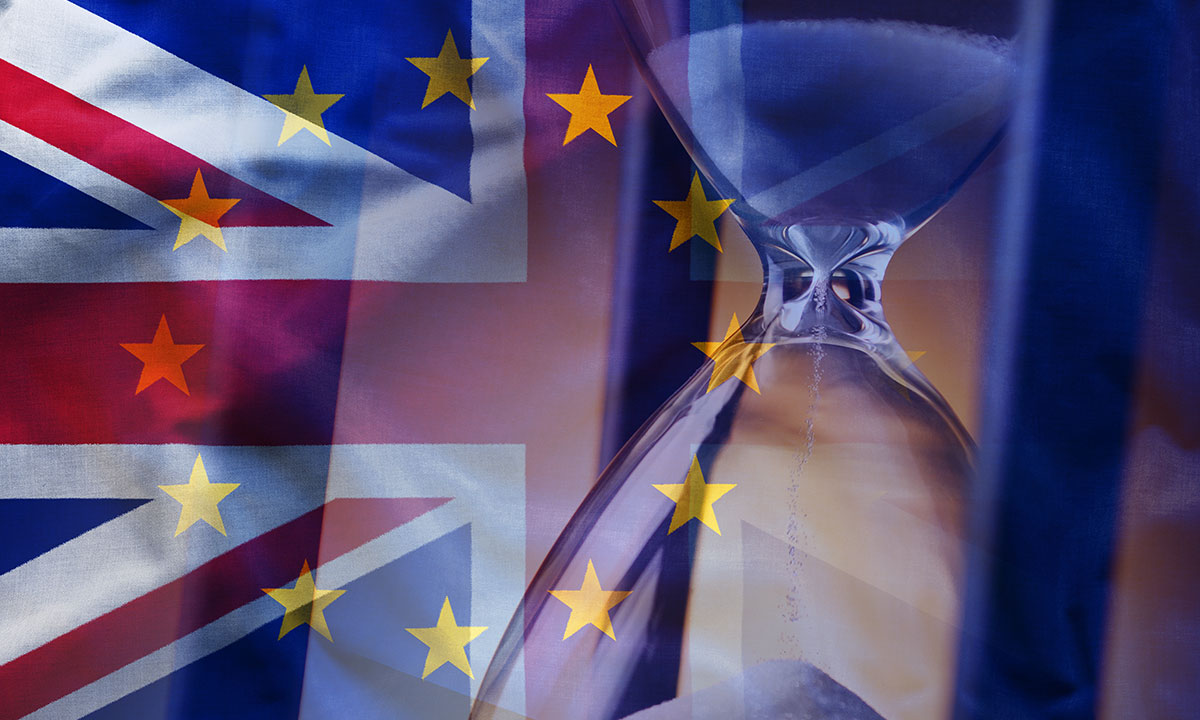 With many of the trade agreements still to be finalised, much is uncertain.

At this stage, the only certainty is that importing and exporting post-Brexit is going to take more time, and cost companies more money. The consensus from experts is to take advantage of the grant scheme if it applies to your business, expect more paperwork, and above all, to start preparing now.

We’re living in a time without precedent. The changes over the next few months will be uncomfortable for all, painful for most, and devastating for a few.

At the same time, UK-EU commerce is unlikely to come screeching to a halt any time soon.

While tomorrow’s version of cross-border trade might involve more paperwork and higher overheads, it’s still in everyone’s interests–from the interpersonal level to the international level––for us to work together in a spirit of mutual co-operation. As long as those shared interests prevail, new trade deals will be struck, and new ways of working will be found.

We may live in a world of dizzying changes, but at its core, the spirit of co-operation that underlies those changes remains steadfastly consistent. 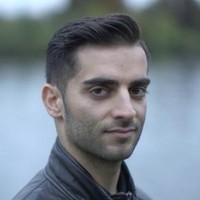 Armine is an eCommerce Payments Specialist at WorldFirst. He started selling online five years ago and is on a mission to optimise eCommerce payments processes for fellow merchants across global marketplaces.

Co-author: Arabella Redford
Arabella is founder and CEO of Brand Dot. With a cutting-edge approach to content optimisation and conversion-driven marketing, she is passionate about driving brand success through voice assistants and voice-first consumer experiences.

Other blogs in this series: