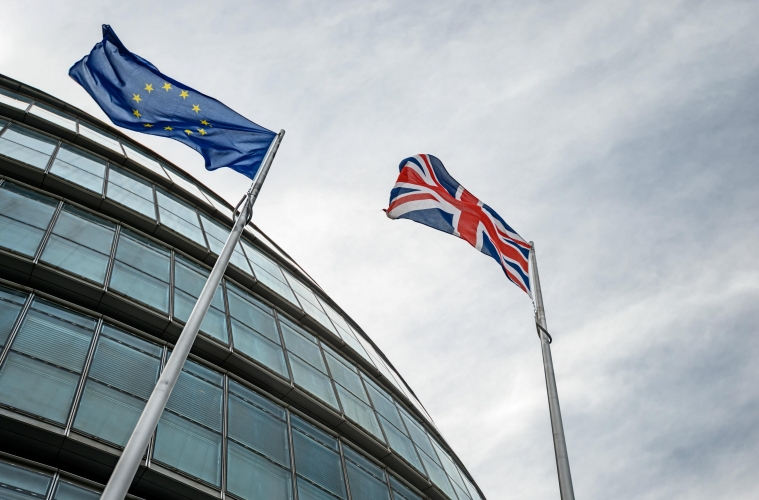 The markets turned risk-off Tuesday morning as German data disappointed and ahead of the highly anticipated, but predictable Brexit-deal vote.

The U.S. dollar might be able to use the weakness of its peer currencies to its advantage as the markets start to pay attention to geopolitical issues once again.

The risk-on mood of last week is gone as the Brexit vote is now here.

The dollar was able to gain against the pound, pulling the GBP/USD pair lower to 1.283 Tuesday. The EUR/USD pair fell from 1.148 to 1.141 Tuesday before bouncing back to 1.143. The greenback is also up against the even more safe-haven Japanese Yen.

While we expect the euro and the pound to experience a sell off today, the dollar is still plagued with concerns, such as trade relations and the U.S. government shutdown.

Brexit votes to come in this afternoon

U.K. parliament will begin voting on the Brexit deal with the E.U. and four amendments around 2 p.m. EST, with the final results due a few hours later.

There was talk of the deal getting 13 amendments, but with only four the vote shouldn’t take as long.

Of course, the outcome of the deal not passing is widely predicted, so the focus turns to next steps.

If the deal loses by more than 100 votes, we could see Prime Minister Theresa May facing a leadership challenge. There is also the possibility of a second referendum vote or a general election.

The pound is expected to be particularly volatile throughout the rest of the day. The GBP/USD pair is still around highs last seen around Thanksgiving as the prospect of a second referendum pump some optimism into the markets.

The EUR/USD pair plummeted from 1.148 to 1.141 Tuesday morning after Germany reported only “slight” growth for the quarter.

The official Q4 gross domestic product reading for Europe’s largest economy is due next month.

While the slight increase indicates a slowdown for the German economy, it is better than the possible recession many were speculating.

German industrial output reported on Monday highlighted a contracting economy, however the labor market and wage growth are still improving.

Germany is one of the first of the world’s developed nations to post 2018 Q4 data, so we’ll see if it is any indication of wider global growth.