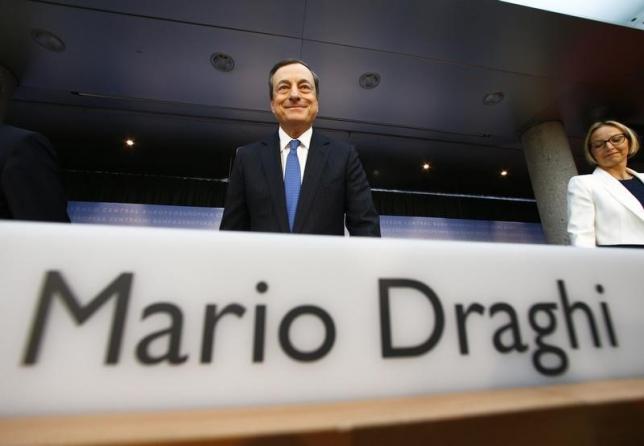 The markets were focused on the European Central Bank Thursday morning as data out of the European Union  and the U.S. moved the EUR/USD pair. The dollar gained against the pound, euro and Canadian dollar on better-than-expected weekly jobless claims.

The European central bank held interest rates steady at 0% during its decision Thursday, reiterating that it sees this being held through the summer.

As he began his statement, EUR/USD plummeted close to 1.130. Draghi said that data has been weaker than expected (as we know) and that risks to the growth outlook are moving to the downside. He also noted softer export demand. However, Draghi pointed to rising wages as an important growth factor.

With Draghi not extremely dovish, the drop in the euro is more due to USD strength than anything. He reiterated his comments last week that a recession is unlikely.

As Mario Draghi took the stage in Frankfurt, the weekly jobless claims in the U.S. were released, helping the dollar continue to gain traction on an already vulnerable euro.

The euro was trending lower against the dollar ahead of the presser and after poor PMI data out of German and the Eurozone.

The U.S. government shutdown turned into a staring contest between Speaker of the House Nancy Pelosi and President Trump yesterday.

Pelosi announced that she would not support a House motion for President Trump to hold his state of the Union address, blocking his ability to hold it in the traditional location of the House of Representatives chamber.

Trump blinked first Wednesday night, saying he would postpone the SOTU until the government reopens.

There are two Senate votes today trying to end the shutdown, but neither are expected to pass.

The continued shutdown is starting to stoke the question of the U.S.’s borrowing limit and the worry of a credit downgrade. We could see these concerns pushing the dollar lower.