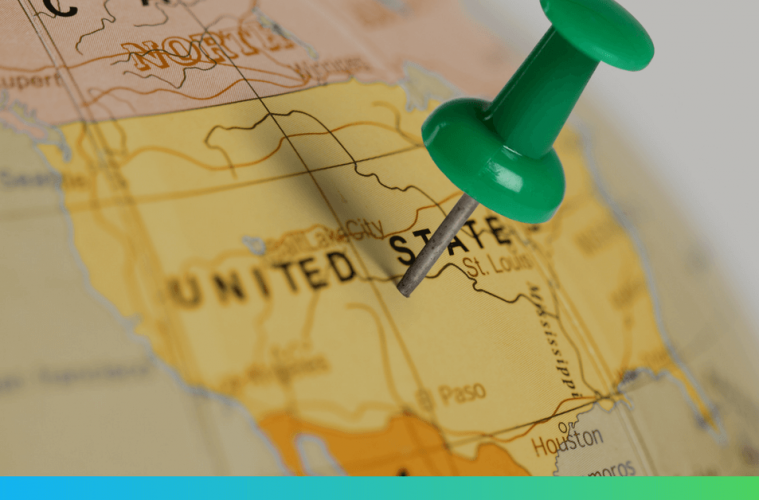 In the weeks leading up to President Trump’s somewhat unexpected victory, many celebrities and public figures were claiming they would move out of America should Clinton be defeated. Comedian Amy Schumer said she’d move to Spain, and Cher said she’d move to Jupiter(!), but many were choosing to stay a little closer to home, popping over the border to Canada. It’s not surprising, therefore, that the Canadian immigration website crashed just moments after Trump’s victory was announced.

There was one celebrity, of course, who dared to be different. Katie Hopkins posted a Tweet saying, ‘If Donald Trump wins the race to the White House I’m moving to America’, citing Trump’s renowned ability to say exactly what he’s thinking as a reason why she was so keen to call up the international removals company. Although it seemed at first as though Hopkins was going against the grain, it appears that she’s not actually alone. In fact, research shows that post-Trump immigration to the United States is thriving!

Despite some believing Trump to be a potential risk to the future of the country, it seems that his perceived negative effect isn’t enough to outweigh the positives of the United States as a whole. For Brits especially, there are a number of strong, attractive arguments to be made for hopping across the pond, including better weather in many parts, greater job opportunities, more affordable housing, and an overall lower cost of living. And with no language barrier to worry about, day-to-day life is relatively straightforward.

Figures show that while the UK is the 12th most expensive country to live in, the US doesn’t even make it into the ‘Top 20’, coming in way behind a large number of European destinations, including France, Belgium, and Sweden. And while the average house price in the UK is now a whopping £217,502, it’s the equivalent of around £153,587 in the US. Add to that the higher salaries, lower tax, and good education, and the USA is one of the best countries for UK expats – no matter who has set up home in the White House.

Now that the dust is starting to clear after the ‘excitement’ of the Presidential Election, it seems that most, if not all, of the aforementioned celebrities have changed their mind about moving away from America (there hasn’t been any news about Cher arriving on Jupiter… yet!). However, UK families don’t appear to have changed their mind about fleeing to the States. In fact, it seems that in terms of migration, the Brexit vote has had a far bigger impact, with immigration to the UK falling significantly.

Brexit could, of course, be a primary reason why immigration to the United States is still a popular choice for Brits, despite a Trump Presidency. Some may believe it to be ‘the lesser of two evils’. Trump or not, the United States can be one of the best places in the world to live, and with a Presidency lasting just four years, American politics, and the future of America, could change rapidly. If you’re dreaming of life in the ‘Land of the Free’, don’t be deterred by the current state of affairs; you’ll never know if you don’t try.