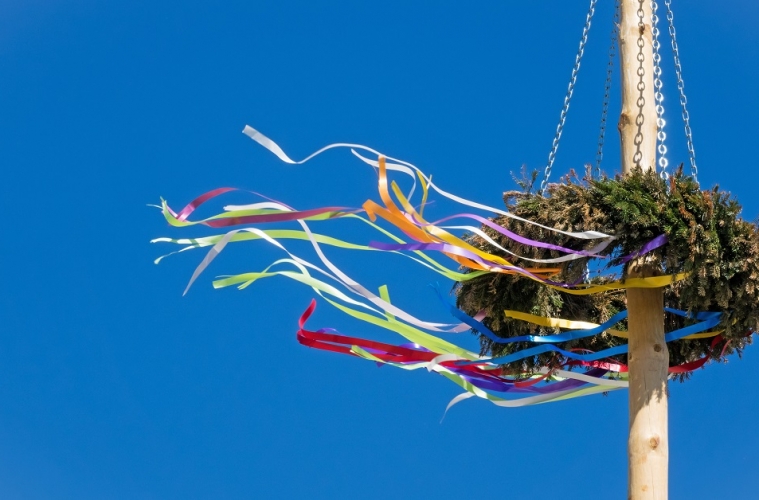 As 2017 rolls into 2018, it’s time to start marking your calendar for when you’ll next have a day off without having to use your cherished annual leave. Unfortunately for those of us in the United Kingdom, we rank second from bottom, ahead of only Mexico, for state bank holidays at just 8 per year. Topping the table with an enviable 18 bank holidays per year are India and Colombia.

So, mark your calendar for 2018 now to make the most of the UK’s regrettably sparse bank holiday calendar.

In the 21st century, New Year’s Day is traditionally reserved for one of three purposes: short-sightedly committing yourself to a gruelling and unsuitable fitness regime, unwisely braving the elements for a nature walk or nursing the same hangover that haunted you at exactly the same time last year.

Historically, New Year’s Day was originally used to celebrate the Roman god Janus, the god of gateways and beginnings (hence hastily cobbled together New Year’s Resolutions) before being adopted in the Gregorian calendar to mark the Feast of the Naming and Circumcision of Jesus.

Tracing the history of Good Friday is an easy one: Good Friday commemorates the crucifixion and death of Jesus Christ. The bank holiday always takes place on the Friday immediately before Easter Sunday, which is set by the lunar calendar (as opposed to all other bank holidays, which follow the solar calendar) and falls on the first Sunday after the first ecclesiastical full moon that trails the 21st of March. As such, the earliest Easter Sunday could be is the 22nd March, and the latest is April 25th.

Calculating the ecclesiastical full moon is a widely disputed process. Due to this, there’s a lot of controversy surrounding just who decides when Easter falls and how this is calculated.

The day after Easter Sunday, this bank holiday marks the second day of Eastertide, the season that celebrates the resurrection of Jesus Christ.

Here in the UK, the village of Hallaton, Leicestershire celebrates Easter Monday with an old custom called ‘Bottle-kicking’. Two teams compete to move three ‘bottles’ (usually barrels, or kegs, of beer) over or through a number of different obstacles including barbed wire, ditches, streams and hedges. Sounds uncivilised, but there are a few rules: no eye-gouging, strangling or weaponry is allowed. The victors celebrate by climbing a ten foot gazebo-like structure in the village centre and indulging in their ‘bottles’.

May Day, celebrated on the 1st Monday of the month of May, is one of the rare bank holidays that has pagan and Celtic roots, rather than Christian. Most famously, a popular tradition is the maypole, in which dancers holding ribbons rotate around the central maypole. While the origins of the ritual are unknown, some speculate the maypole represents a sacred tree, reminiscent of Thor’s Oak or Irminsul, the tree from which the Norse god Odin sacrificed himself.

May Day was abolished and banned due to its pagan roots by the governments that followed the execution of Charles I, but was reinstated in full by Charles II and the restoration in 1660.

The Spring Bank Holiday has a slightly less romantic origin story. Taking place on the last Monday of May, the Spring bank holiday was originally introduced following a trial period between 1965 and 1970 to replace Whit Monday (another Easter-dependent holiday) making that day simply a bureaucratic exercise, rather than a national celebration. The Spring bank holiday is so non-descript that there is no name for the day specified in legislation, merely a date.

The Summer bank holiday, marked on the final Monday in August was part of the same trial period as the Spring bank holiday in the late 1960’s. One of the two completely non-religious, non-historical bank holidays that, we assume, were only added to the calendar to push Mexico down to last place on the table.

This one needs no introduction. Christmas Day, celebrating the birth of Jesus Christ, is a traditional common law holiday, meaning it’s written into common and not statutory or constitutional law. What this ultimately means is that a bank holiday falling on Christmas Day is enforced by a judicial precedent – and not even a constitution-changing government can overturn the fact that Christmas Day falls on the 25th December each year.

While the etymology of Boxing Day is contested, it’s widely believed that every 26th December those who serve others all year round (postmen, servants, maids, for example) are recognised by their employers by being granted an extra day after Christmas to visit their family and friends along with a ‘Christmas-box’ which may hold cash, spare food and other gifts as a reward for their loyalty.