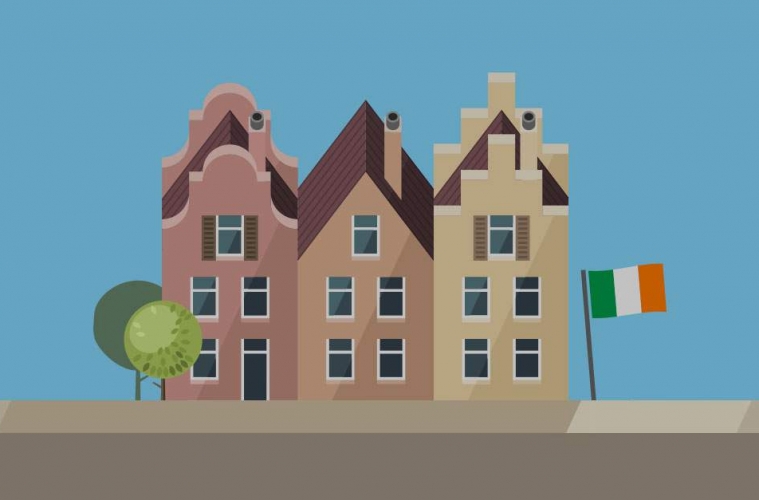 Ireland has become the number one European destination for returns on offer for buy-to-let investors in November 2016, overtaking the Netherlands from first place in April. This comes as the UK Government has announced further changes to the buy-to-let market, ahead of the Autumn Statement, with tougher affordability criteria for buy-to-let landlords in the UK and reduced high loan-to-value mortgages available for these purchases as new powers for regulating lending are given to the Bank of England.

In the latest European Buy-To-Let League table from World First, the international money transfer and currency expert, Ireland has moved from 10th to 1st position, with an average rental yield of 6.54% – up from 5.34% earlier in the year.

With Ireland becoming one of the fastest growing economies in Europe[1] and the sixth fastest growing property market in world[2], the country is continuing to attract new investment and residents to its isles, bolstering its rental market and making it the ideal location for a buy-to-let investment, the research shows.

The Netherlands and Portugal emerge as the next European hotspots with average yields of 6.35% and 6.33% respectively. Both countries have relatively low property prices compared to the rest of Europe, offering buy-to-let investors a cheap investment with high returns from profitable rental costs.

The UK climbs six places from 21 to 15 on the list as property price growth across the country slows. The latest findings also come seven months after stamp duty changes came into play in the UK, significantly increasing fees for those investing in buy-to-let or purchasing a second home.

Sitting at the bottom of the table, Sweden, Italy and France provide the lowest returns on buy-to-let with high property prices and rents that fail to make the investment worthwhile. Sweden continues to rank last place for buy-to-let investments from April – when the data was last tracked – with an average yield of just 3%. Italy (3.26%) and France (3.55%) also remain in the bottom three since April with modest movement from the 3.55% and 3.22% recorded respectively seven months ago.

The analysis also shows the gap between rural and urban investment for buy-to-let in Europe and identifies which areas will see their stake go further. The rural-urban gap is most prevalent in Turkey where average yields in rural areas are 6.70%, dropping by 99 percentage points to 5.71% in areas outside the city. This is unsurprising given the high area cost of Turkish city apartments which are £635 more per square meter than outer city properties, putting city living at the highest premium in Turkey.

In contrast, buy-to-let investors can see the least significant variances in Greece where the average yields are similar in urban (4.48%) and rural (4.41%) areas, offering comparable returns on investments. In Greece, the cost per square meter is just £108 higher for city properties than in the outer city.

“The stamp duty surcharge which came in this April put a sting in the tail of buy-to-lets in the UK, but   the government’s decision in the build up to the Autumn Statement which will limit the number of high loan-to-value mortgages available to those investing in buy-to-let or second properties has been the final icing on the cake. Therefore savvy investors need not look too far afield for great returns. The resurgence seen in the Irish economy over the past few years has buoyed its property market and in particular its rental sector.  The arrival of global tech giants like Google, Facebook and Microsoft have pushed rent prices up creating attractive yields for buy-to-let investors.

“For UK investors, it is also important to take into account how currency swings could affect your yield. The fall in Sterling following the EU referendum will make it more costly to buy property abroad but will also mean a higher rental income. Active planning will be key to ensuring any foreign buy to let investments get you bang for your buck.”