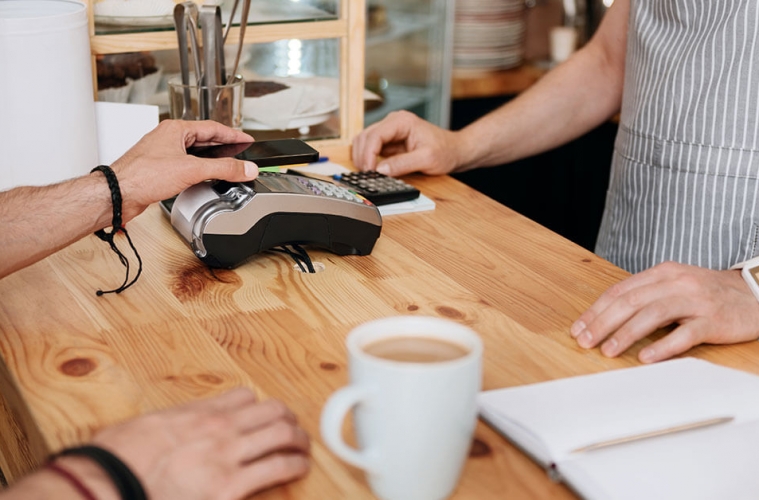 Spanish Money Tips: How to Make Your Money Go Further

So, now that you’re living in Spain your life is all about euros. Here’s what you need to know about money matters in Spain – from taxes to tipping.

You’ll need to do this pretty quickly. Thankfully, by Spanish standards at least, opening a bank account is a relatively straightforward process.

Accounts are available for both residents and non-residents. You’ll need to present your passport, proof of address and proof of your employment status. You may need to get any English documents translated into Spanish by an official translator (traductor jurado) for them to be accepted by the bank.

Although applications can be made online, you’ll need to visit in person at some point in order to present your documentation so you may as well do the whole thing face-to-face. If your Spanish language skills are lacking, it’s a good idea to take along someone who can help translate for you.

Be sure to look into the charges before choosing your account. There may be opening fees and ongoing maintenance fees. Also, make sure the bank you choose has plenty of ATMs in your area – withdrawals from your own bank’s machines are likely to be free, but you’ll pay a €2 fee every time you use another bank’s ATMs.

Of course, you’ll need all the usual insurances in Spain: home insurance, vehicle insurance and so on. But another thing worth considering is health insurance. Your EHIC card will give you access to the Spanish healthcare system for the first three months of your stay. If you’re in receipt of a UK state pension or certain other benefits you’ll also get access for free on an ongoing basis. Alternatively, you’ll need to take out private health insurance or start making contributions to the Spanish social security system (seguridad social). Not everything under the Spanish health system is free– ambulances, prescriptions and dental work, for example, so you might want to top up your cover.

Income tax rates are generally higher in Spain than in the UK, especially taking into account the difference in the tax-free personal allowances. In the UK, this is £11,850, but in Spain it’s €5,151 for under-65s, rising to €7,191 for people over 75.

Taxes in Spain are split between state and regional governments so your tax liability depends on where you live. Income tax rates in Madrid start at 19%, rising through 24%, 30%, 37% to 45% for income above €60,000. The top rate of income tax in the communities of Andalusia and Catalonia is even higher at 49%.

You’ll have to pay taxes on any property you own. Property ownership tax (impuesto sobre bienes inmuebles, or IBI), is an annual tax payable to the local government. It varies from region to region but is in the range of 0.3-0.5% of your property’s rateable or ‘cadastral’ value which is typically around 70% of the property’s actual value.

If your assets total more than €700,000 (plus a further allowance of up to €300,000 against the value of your main property) then you may also fall foul of Spain’s notorious on-again-off-again wealth tax or ‘patrimonio’. Abolished in 2009, it has been reintroduced as a ‘temporary’ measure regularly since 2015 and there are talks of abolishing it again. The tax varies depending on your residency status and where you live but is broadly between 0.2–2.5% of your net assets.

VAT (impuesto sobre el valor añadido or IVA) is included in all prices shown in shops. There are three rates:

For a good overview of taxation in Spain, see the Wikipedia page

Culturally, tipping isn’t really a thing in Spain. You might leave the few cents change you got on the table when you leave a café or restaurant, but it’s not expected. Waiting staff are well-paid professionals and they don’t have to rely on tips to make a decent wage.

Things are changing in the tourist hotspots where canny restaurant owners are beginning to see it as an easy source of extra revenue and signs encouraging tipping are starting to appear.

If you want to, you can draw your UK pension in Spain. Contact the UK Government’s International Pension Centre to find out how.

For more information about pensions, see our guide to Retiring to Spain.

When you need to transfer money from the UK to Spain or vice versa, bear in mind that doing it through your bank is an expensive way of doing it. Not only will they charge you a fee, they may also fleece you through the currency exchange rate they apply. If you’re moving small amounts of money, the fee will be disproportionately large. If you’re moving your savings or the capital to buy a house, the unfavourable exchange rate will hit you hard.

By far the cheapest way to move money across borders is to use a service such as money transfer company such as WorldFirst who will make this process simple and transparent. Just three steps:

Money-saving tips and tricks in Spain