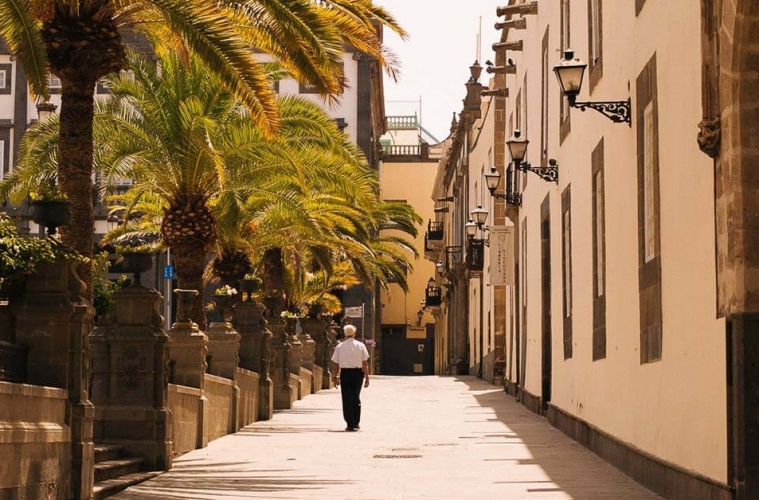 How to Retire to Spain?

Of the 300,000 UK nationals officially living in Spain, almost half are over 65. The number of retired Brits living there more than doubled in the 10 years to 2016, according to statistics produced by the UK’s Office for National Statistics and Spain’s Instituto Nacional de Estadistica. So, what’s the draw, and what’s involved? Here’s what you need to know if you’re thinking of retiring to Spain.

Why do so many people choose to retire to Spain?

Another draw is the simple fact that there are so many other British expats living there already. That makes for a huge ready-made network of people to mix with. This social infrastructure often comes with a seemingly never-ending programme of activities guaranteed to keep boredom at bay.

This is one of the main reasons that Spain continues to attract retired people. According to the data crunching website Numbeo, the cost of living in Spain is on average almost a fifth lower than in UK. If you’re looking to rent a home, it’s something like one-third cheaper to do so in Spain than in the UK (regional variations apply, of course). Day-to-day outgoings are lower, too. A meal at a cheap and cheerful restaurant can be as little as 10 euros, a local beer is 2 euros and a cappuccino 1.50. Getting around is also much cheaper fares on trains, metros and buses a fraction of what most people are used to paying in the UK.

Am I entitled to retire to Spain?

While both the UK and Spain are both members of the EU, yes. Register at your local Oficina de Extranjeros for a residence certificate. After five years you’ll then need to apply for a certificate of permanent residency.

How much pension income do I need to live in Spain?

It depends where you’re living, and how, of course, but with a bit of careful living a couple could manage on as little as €15,000 a year. €25,000 would be more comfortable.

Can I draw my state pension in Spain?

Yes. Contact the UK Government’s International Pension Centre to find out how.

What about my private pension?

If you have a defined contribution pension pot in the UK, you have the choice of leaving it in the UK and drawing your pension from Spain, or moving your pension pot abroad. If you move it, it must be into a qualifying recognised overseas pensions scheme or you will get hit with a 25% tax bill. To avoid being taxed, the scheme must also be in the same country where you’re living (this to deter people from shifting their pension pot to a tax haven). Moving your pot may result in a smaller monthly pension. Apply due diligence and engage the services of a financial advisor.

If you want your pension paid straight into your Spanish bank account, check with your UK pension provider whether this is possible. They might charge you in which case you could simply keep the pension paid into your UK bank account and then transfer it yourself each month. Do not transfer the money through your bank – they will charge you a fee and an unfavourable exchange rate: use WorldFirst’s currency transfer services instead.

You might have to pay UK tax on your pension, even though you’re not a UK resident and you may also have to pay Spanish tax. If you do end up paying twice, the UK/Spain Double Taxation convention enables you to reclaim any UK income tax you’ve paid.

Your EHIC (European Health Insurance Card) will guarantee you access to free healthcare for your first three months in Spain. After that, you’ll need to make other arrangements. Spain’s system is based on a combination of private and public health care. To get access to public health care you need to pay into the Spanish social security system (seguridad social). The basic monthly fee is €60 for the under 65s.

If you receive a UK state pension or certain other benefits, you’ll be eligible to receive the same medical treatment as a Spanish national without paying in. Get an S1 form (previously E121) from the Overseas Healthcare Team at the International Pensions Office on +44 191 218 1999. You’ll then take have to take the form, and a bundle of documentation, to the local INSS office.

Note that prescriptions are not covered by the system so you’ll have to pay 100% of all prescription costs unless your private insurance covers it.

What do the Spanish think of the expats?

It’s fair to say that the Spanish and the Brits have some ‘history’. In fact, it goes back to the English taking Gibraltar in 1704 and before that to the defeat of the Spanish Armada in 1588. But what are relations like today? What’s it like to be a Brit among the Spaniards? How do the two cultures rub along?

Culturally, there will always be differences: the Spanish see the Brits as impatient people who are always in a rush while the Brits feel constantly frustrated that the Spanish are too slow in getting around to things.

In general, the Spanish are very tolerant towards the British, especially given their experience of the badly-behaved young British tourists who invade the Spanish coast and islands every summer. On the plus side, in a troubled economy in which youth unemployment is nudging 30%, at least tourists and retired people are bringing in money without taking jobs away.

The biggest problem is the notorious reluctance of the Brits to buckle down and learn the language. Many people who retire to Spain simply never get around learning more than a few words of Spanish. One reason is that they don’t need to – there are so many other Brits around that it’s possible to find yourself living in a Brit-bubble. And anyway, most Spanish people speak some English.

Making the effort to learn and speak Spanish may only earn you a grudging respect from the locals, but it will definitely open up more social and cultural opportunities and make your experience of living in Spain a richer one.