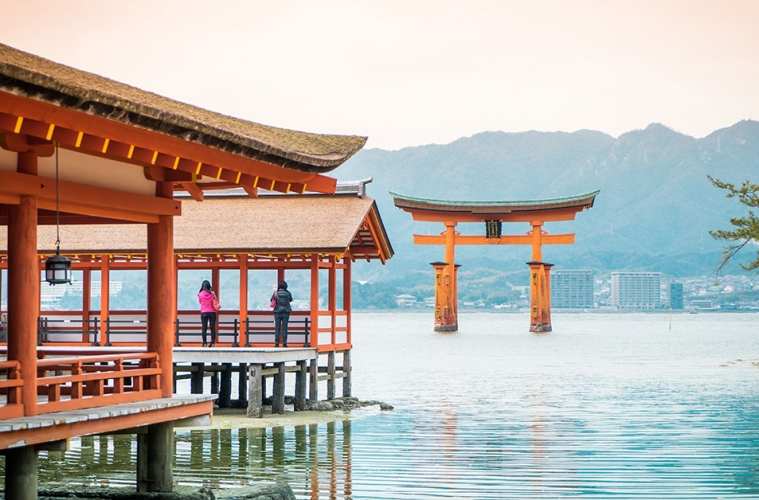 How to move to Japan

127 million people can’t be wrong. Japan is unique and part of its charm is that it’s quite unlike anywhere else in the world! Japan is unlikely to be somewhere you’re going to end up living by chance – the language barrier and the bureaucracy will see to that. But it’s easy to see why people make the effort to overcome the many obstacles. Here’s what you need to know…

Our Top Five reasons to move to Japan

Five places to consider in Japan

The moving to Japan checklist

How to work in Japan 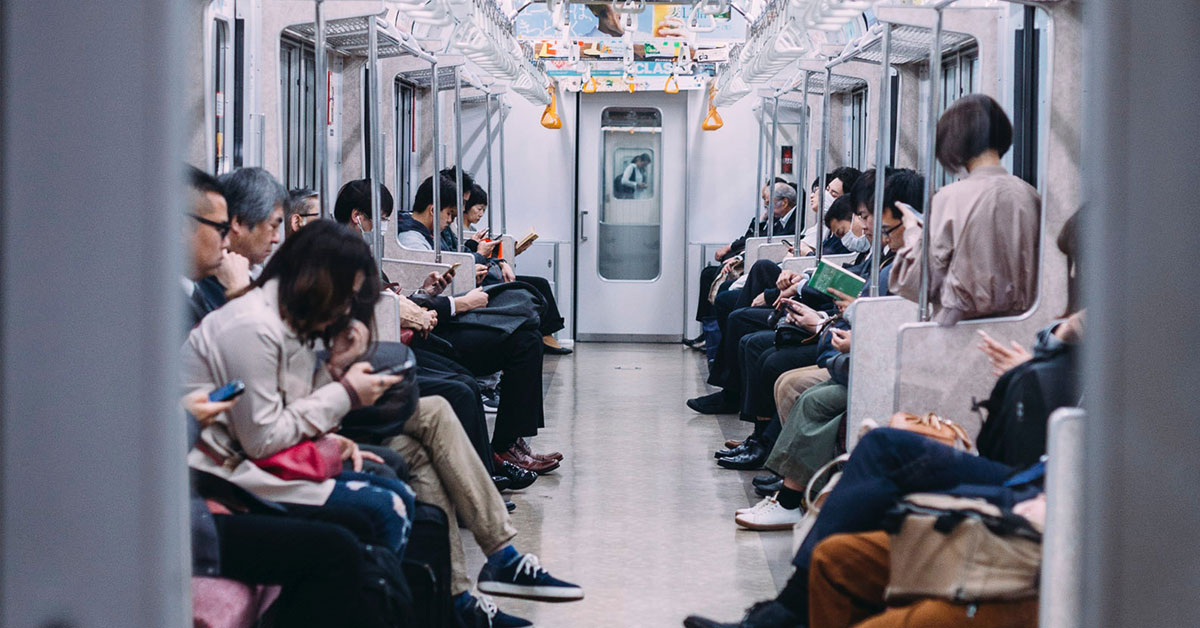 If you’re lucky enough to work in specific fields such as academia, engineering, journalism, art, law, medicine or entertainment, you do have a chance of getting a working visa which could let you work in Japan for up to five years. You’ll need a job offer before you apply and your employer will help you through the process.

Japan uses a points-based system to give preferential treatment to ‘highly skilled’ foreign professionals in three fields: academic research, specialised/technical activities and business management. Criteria such as qualifications, experience, and salary are used to calculate your desirability.

In order to get a visa to work, study, or live in Japan you’ll also need to get a Certificate of Eligibility issued by the Ministry of Justice. This involves your sponsor in Japan contacting the local immigration office and making an application on your behalf. There are very few exceptions to this but interestingly while members of ‘rock bands or similar groups’ need a Certificate of Eligibility to perform in Japan, classical musicians do not.

If you’re a UK citizen aged between 18 and 30 you can apply for a working holiday visa which lets you work in Japan for a year. It used to be that if you wanted permanent residency in Japan you needed first to live there continuously for five or 10 years but recently that has come down to as little as three years or even one year for certain highly-qualified people.

For more information about working in Japan, see the Immigration Bureau of Japan’s website or the website of the Japan Embassy in the UK.

One other important thing: if you’re staying more than three months, you’ll be issued with a residency (zairyu) card when you arrive. You’ll need to carry it everywhere. If you change your address you’ll need to take it to the local municipal office where they will update your record and print it on the back of the card.

How to manage your money in Japan

This is probably as good a time as any to reveal that unlike practically everywhere else in the world, your signature may not be the be-all-and-end-all to verifying your identity. You might also need a personal seal (‘iknan’ or ‘hanko’).

Your immigration papers could be just about the last things you’ll sign by hand in Japan. From thereon in, pretty much every document could need stamping with your personal seal – even signing for a parcel.

Most people in Japan have at least two hanko: one is registered at the city office and used for important documents, the second is used in daily life. Many people have a third hanko just for their bank accounts.

On to opening a bank account in Japan. Unless you’ve miraculously mastered the Japanese language you’ll probably want to find a bank which has forms in English. Shinsei Bank is the obvious option. This company even offers online banking in English. Its bank cards are linked to ATMs at 7-Eleven and many other convenience stores which means easy access to free withdrawals. To open an account your residency card needs to be valid for at least a year and you must have your own Japanese landline or mobile phone number.

If you don’t have your own phone number, opening a bank account at Japan Post Bank (the Post Office’s banking arm) might be an option. The forms are in Japanese though, so take along someone fluent who can help you fill them out.

Foreigners often find getting a credit card difficult in Japan, especially if they are on short-term visas. You may find it simpler to buy a pre-paid card from a convenience store instead.

Don’t forget, if you need to transfer money from the UK to Japan or vice versa, WorldFirst offers the easier, cheaper, and faster way to safely get your money where you need it.

How to make friends in Japan 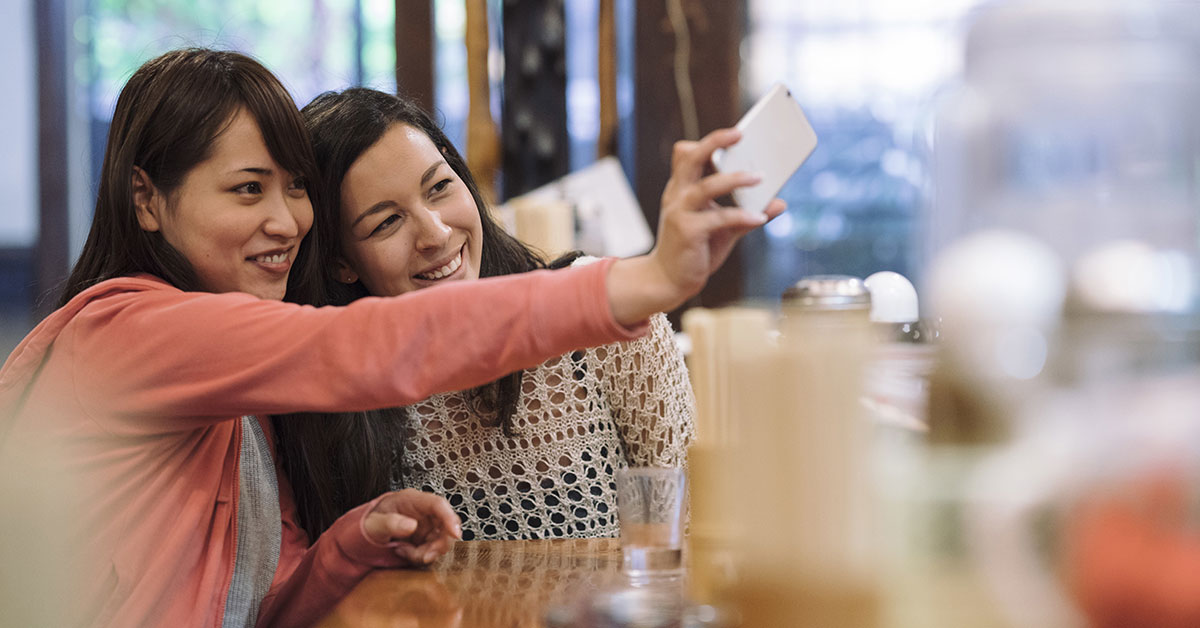 It doesn’t matter how long you live in Japan, if you’re foreign-born you’ll always be an outsider or ‘gaijin’. Of course, that can also work in your favour as there are ‘gaijin hunters’ who are always happy to befriend foreigners for one reason or another.

But breaking into Japanese friendship groups can difficult. Friends tend to hang out together long-term and interlopers can feel unwelcome. And even if you speak Japanese, people may worry you’ll expect them to talk English all night. Do make sure you take up any invitations you get to hang out with Japanese groups. Never waste an opportunity.

A sure way to get yourself interacting with strangers is to visit one of the thousands of small bars. One very special place is Tokyo’s Golden Gai district where you’ll find around 200 bars, some of them small enough to seat just three people so you simply cannot melt away into a corner. Many are themed around a particular music or film genre.

Finding new friends is easiest when you have something in common so work is a good place to start. And check out activities advertised online through sites such as the Tokyo Noticeboard and Meetup.

The process of making friends and getting along with colleagues and neighbours is one that is best oiled with gifts. Always have gifts at the ready. When you meet people for the first time, bring a gift. When returning from a trip bring your colleagues ‘omiyage’ or snacks. The skill is in matching the quality of gifts that people give you – yours shouldn’t be cheaper or shoddier, but neither should they be so generous that you embarrass the recipient. It’s a social minefield, quite frankly.

How to find a place to live in Japan 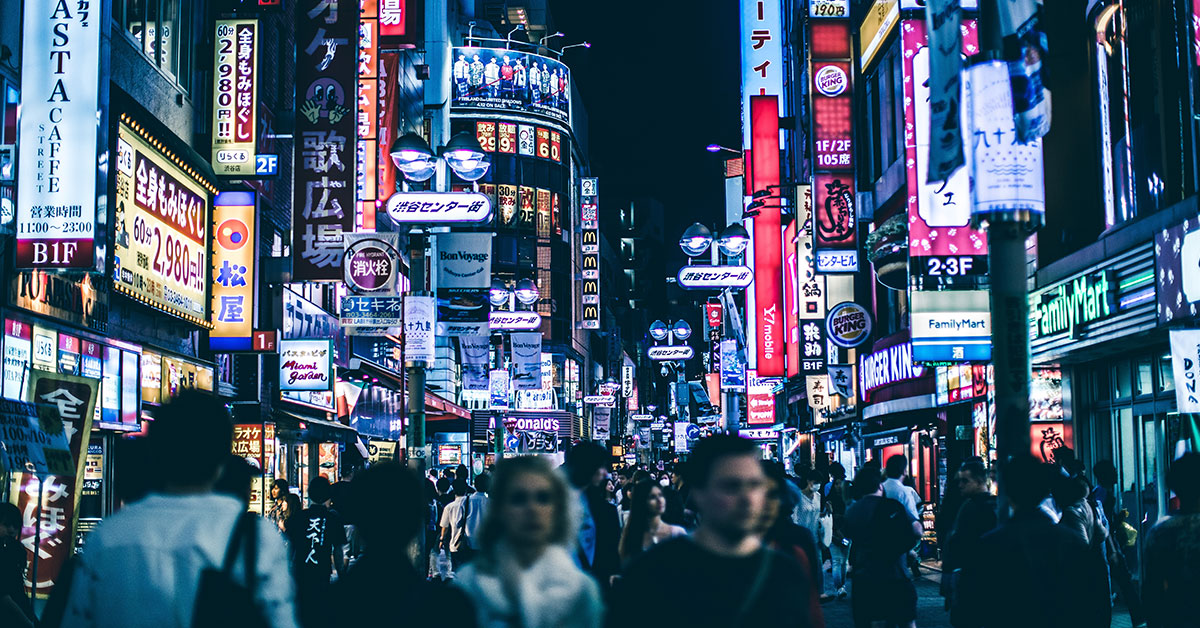 As you might expect, the process of renting an apartment in Japan can be quite onerous. And expensive, too – expect to have to shell out the equivalent of at least three months’ worth of fees to the agent and the landlord before you get the keys. Charges may include ‘reikin’, a gift to the landlord equivalent to the deposit or more, but with the notable difference that you’ll never see it again. There’s a whole level of bureaucracy around what you can and can’t do with or without permission in rented accommodation. You may not even be allowed to wear shoes inside your home.

A much easier option is a ‘share house’, certainly until you find your feet and your wallet is ready to take the plunge. Generally, you’ll only need to stump up the first month’s rent and it’s much less hassle. Some share houses are even based around common interests such as sports, cycling, gardening. You can sign up for as little as one month. Try websites such as Tokyo Sharehouse or roomshare.jp.

Having a good relationship with your neighbours is important in Japan so it’s best to visit them and introduce yourself when you first move in. A gift will be appreciated. 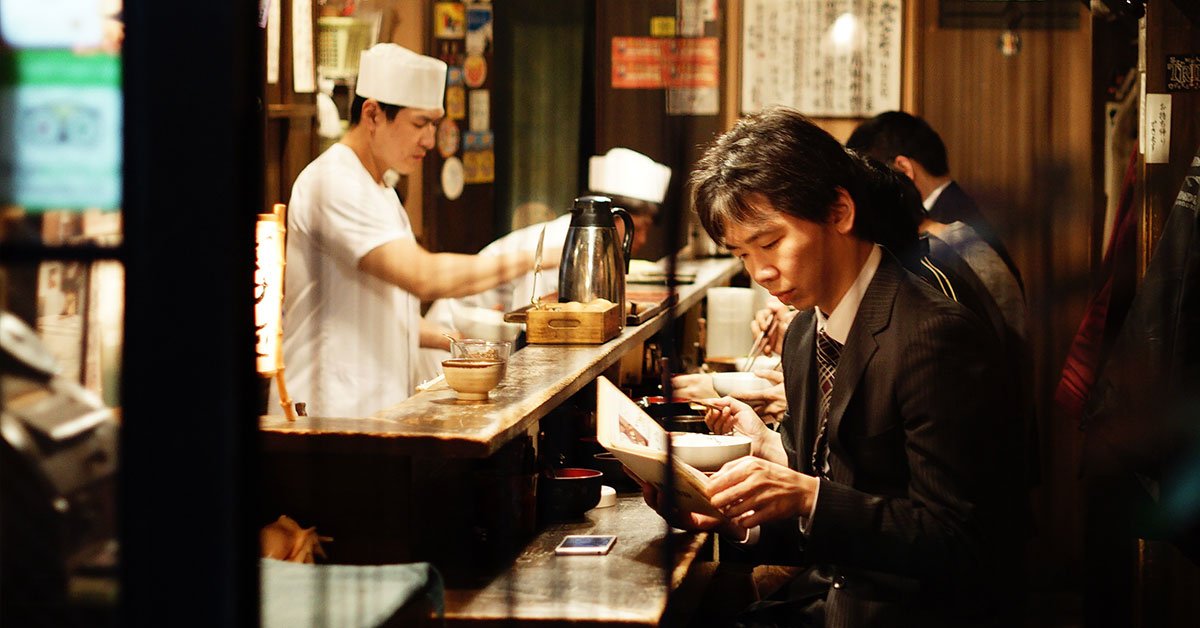 Japan is a great place to eat out, although it can sometimes bewilder the first-time visitor. But there’s no shortage of options. Tokyo, for example, has more places to eat per square mile than New York. It’s a good idea to get your head around the different types of restaurants:

Young Japanese people are serious about partying. Going out is often the only practical way to socialise in Japan, especially in densely populated cities where apartments are too small to consider entertaining at home. Consequently, there’s a huge range of places to go ranging from hole-in-the-wall style local bars to massive nightclubs which don’t get going until midnight and go on until the trains start running again at 5am.

Even if bars aren’t your thing you’re unlikely to be able to get away with not taking part if you’re working. You’ll find there’s quite a bit of pressure to join in after-work drinks.

A night out with friends can be complicated. In Tokyo, izakaya and restaurants often have a two-hour time limit during peak hours so you then have to take your party with you onto somewhere else. And yes, this might well involve karaoke. Some of the larger establishments have hundreds of rooms available.

Not everything is about nightlife though. The Japanese are mad for festivals – religious, fire, dance, snow, music, performance – so there’s truly something for everyone. It’s estimated that something like 200,000 festivals are held every year in Japan.

Japanese amusement parks and theme parks are often open at night, which is cool. 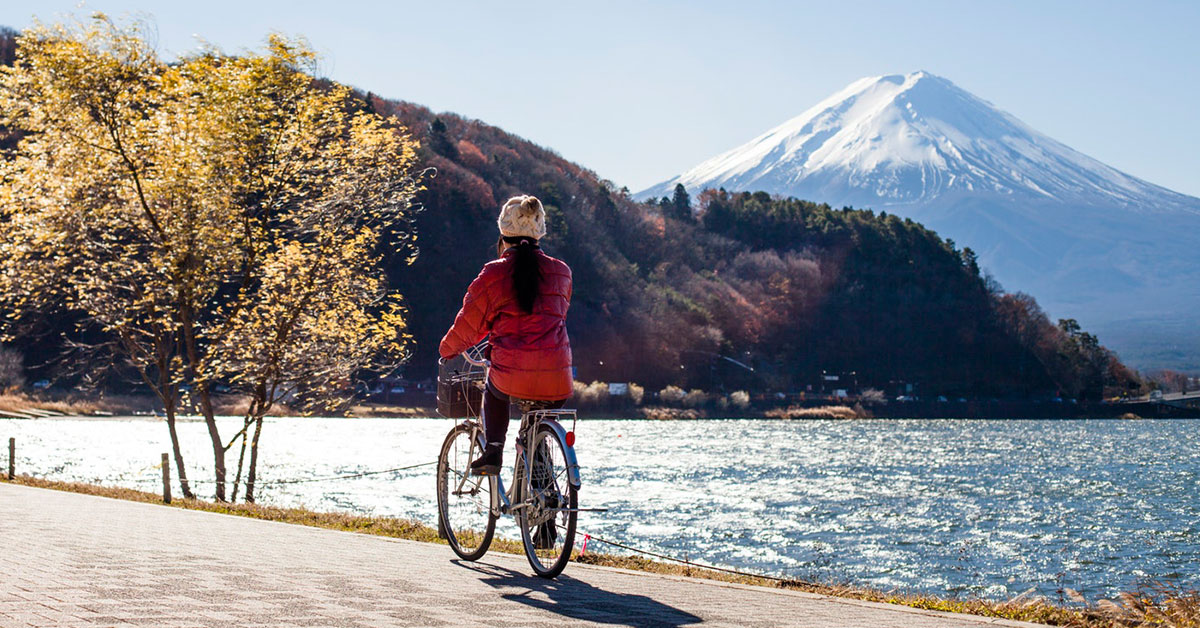 Let’s face it, Japan is such a singular culture that you’re never going to blend in completely but here are some things you’ll need to get used to:

More advice on Japan from WorldFirst

Why expand your business to Japan? And 5 tips to help you!