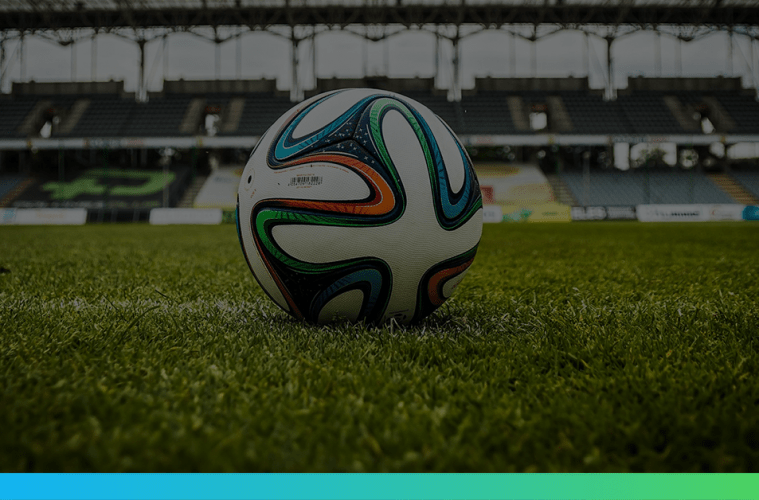 Currency fluctuations push up the price of Europe’s elite footballers

The weakness of the pound against the euro is making the real transfer fee of football players to British clubs a whole lot more expensive. 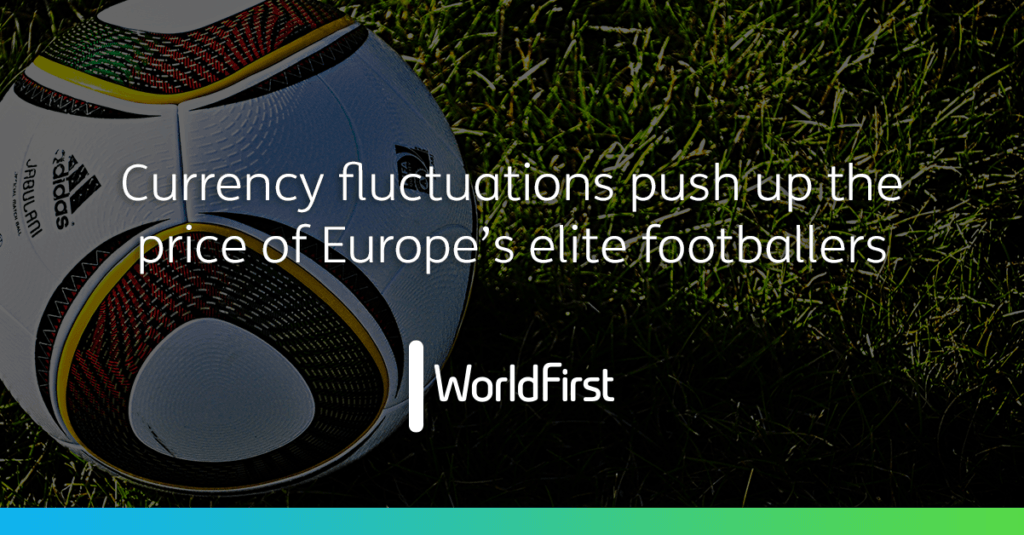 The madness of the January transfer window is here with us once again, and with a matter of days left until it closes (at 11pm on 1st February), the rumours are flying around. But any English clubs interested in buying players from Europe would do well to bear in mind that fluctuations in exchange rates – and a weaker pound in January – has pushed up the price of Europe’s elite.

For example, a club buying Alvaro Morata from Juventus for €62 million (£45.8 million) on 25th January would have had to pay an extra £1.4 million than if they bought the same player for the same fee on 4th January, just three weeks earlier – due to a shift in exchange rates alone. 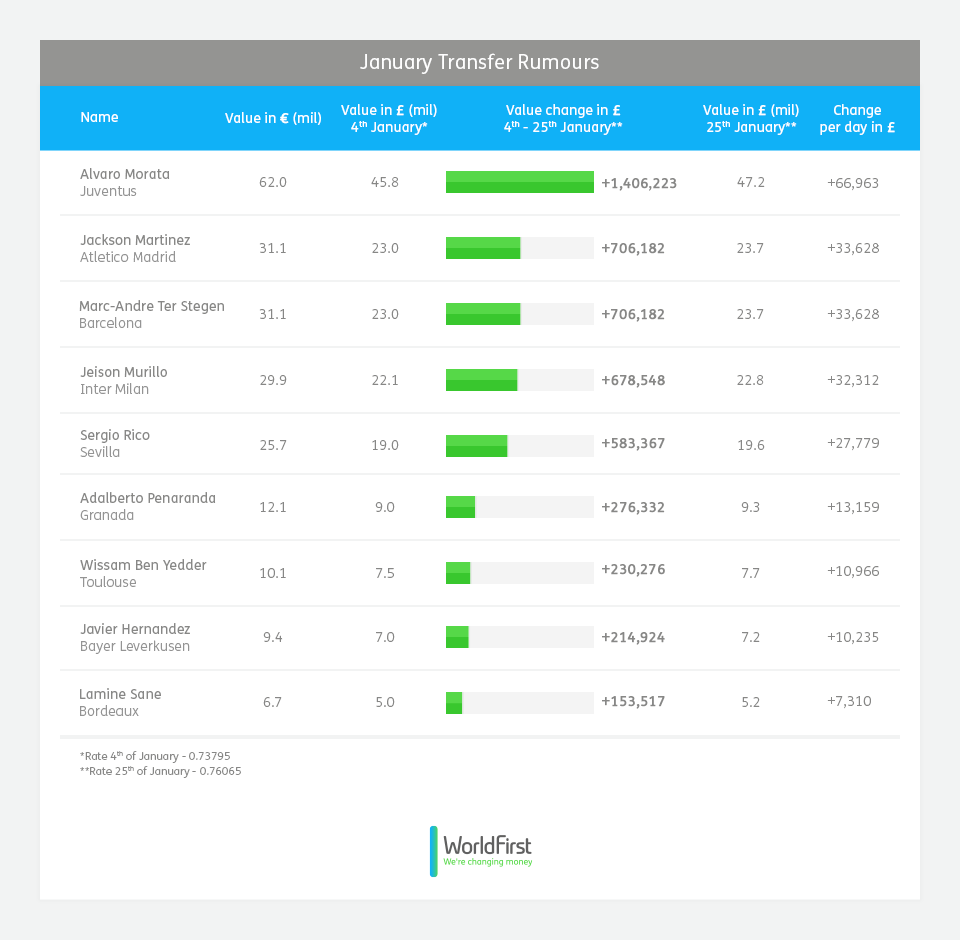 So for those clubs that acted earlier, and signed new recruits at the start of the month, they would have saved money compared to those clubs that will be going on a last minute trolley dash on deadline day.

And when applying these currency fluctuations to the top 100 most valuable players in the world (based on recent data published by Football Observatory) we can see that combined values have increased £112 million – roughly £5.4 million a day – all because of the fluctuations in exchange rates. 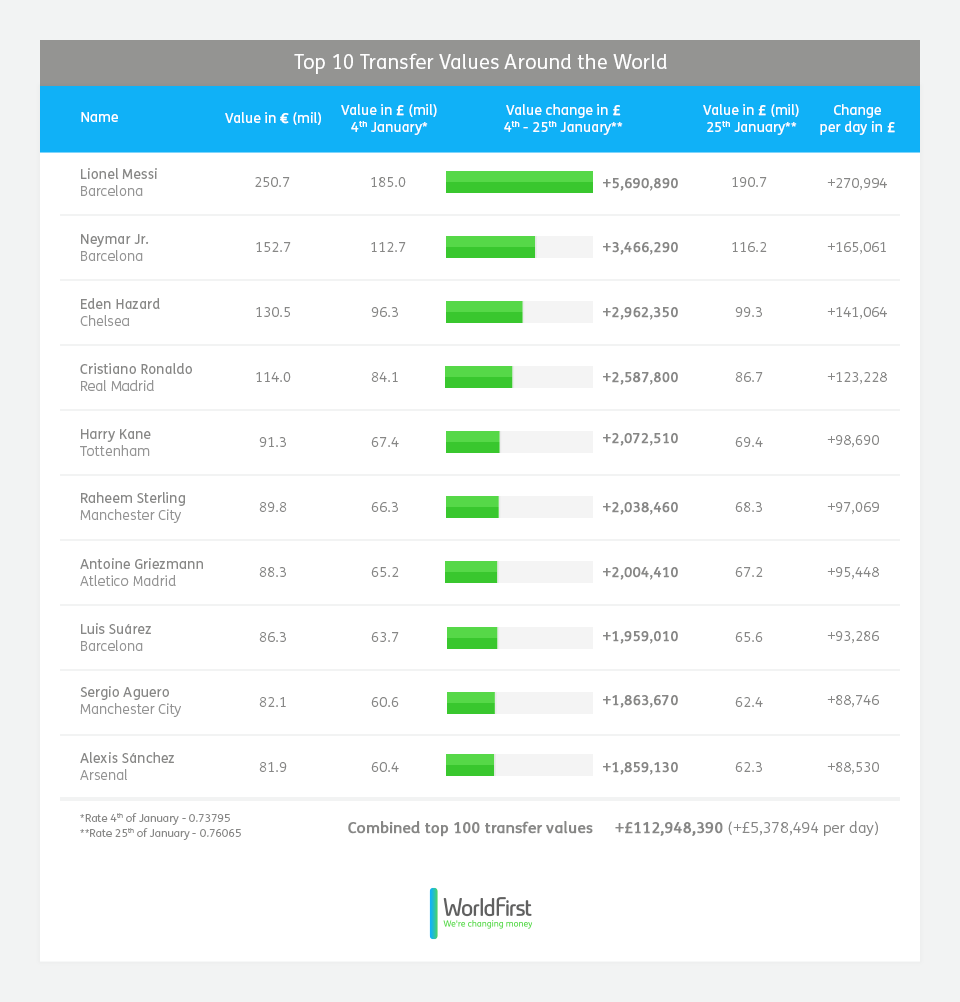 Jim White from Sky Sports News has already pressed his yellow tie, reporters are preparing to spend several hours in football club car parks, and Peter Odemwingie is in his car ready to drive to any football club that may – or may not – be about to buy him. They’re ready. Are you?

It just goes to show, whether you’re a big football club or an individual buying a property abroad, it pays to keep an eye on the exchange rates. Get in touch with the World First team and find out how we can help with your international payments.