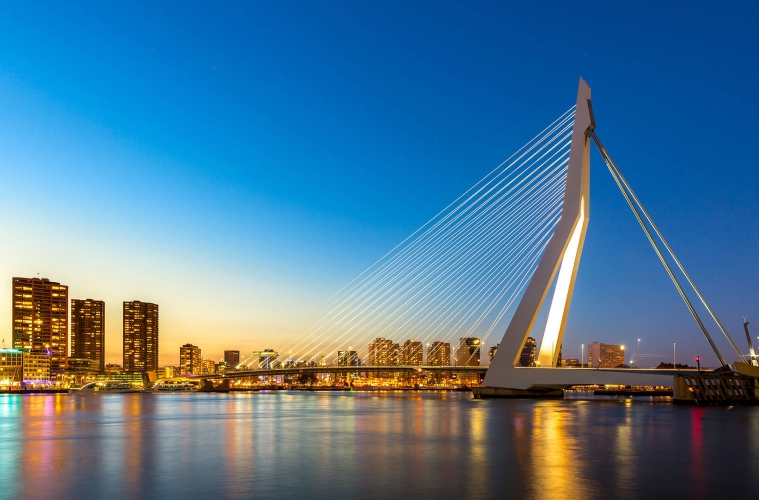 Moving to Rotterdam – The Pros and Cons

So, you want to live in Rotterdam?

WorldFirst team member Xavier moved to Rotterdam in the Netherlands to study at its renowned Erasmus University and ended up staying for five years. Would he recommend Europe’s largest port as a place to live? We asked him to tell us the pros and cons.

Public transport in Holland’s cities is amazing. In Rotterdam, you can choose between trams, buses and the metro. As well as being extremely safe, it’s all immaculately clean. But the main mode of transport is the bicycle. Bikes are absolutely everywhere. They’re given their own lanes which are completely separate from both pedestrians and motorised traffic and it’s so safe that it’s become the default mode of transport for people of all ages.

Rotterdam also has great rail links with the rest of Europe. It’s just 2h45 to Paris. Amsterdam’s Schiphol Airport is only an hour away which makes it easy to get to anywhere in the world. Amsterdam itself is great fun and having it so close is a real boon, but Rotterdam has the benefit of being less touristy, faster to get around, and less expensive.

In Holland, everyone speaks almost perfect English. So much so that even after five years there my Dutch is extremely limited. I quickly learned to say the basics such as ‘please’, ‘thank you’, and ‘good morning’ but even if I start a conversation in Dutch, the locals will quickly switch it over to English. And that’s not just because of my poor language skills – it’s a testament to how accommodating the Dutch people are. Every restaurant will have an English language menu at the ready for you.

I went to Rotterdam to study at the Erasmus University because the business school is so well regarded. In fact, it’s ranked fifth in Europe. After a year, I switched to social and behavioural sciences, a department also highly respected thanks to its state-of-the-art research facilities. Although most of the students were Dutch, there was a strong international contingent. Thanks to its reputation, Erasmus attracts students from all around the world and my closest friends were from places as diverse as Italy, Aruba, Saudi Arabia, Venezuela, and Ecuador. Having come from a multicultural educational background, this was extremely important to me. In the end, I spent five years there and completed two degrees.

Rotterdam is a great place and the Dutch are warm and welcoming people, but there are a few things you should know before rushing to relocate.

Rotterdam is essentially a huge industrial port (the largest in Europe) and, like much of the Netherlands, is below sea level. As a result, the cold northern temperatures are sometimes accompanied by blistering winds and torrential rain which can rub the sheen off the joy of cycling. As in the UK, you can spend long periods in Rotterdam without so much as a glimpse of the sun.

One can only eat so much Stroopwafel. These traditional caramel syrup-filled waffles may be delicious but they don’t make for a healthy, well-balanced diet. It only took a couple of weeks before I was longing for home cuisine.

Although there are benefits to living in a smallish city, the number of bars, clubs, and restaurants is limited and after four years things started to feel a bit repetitive.

But living in Rotterdam was a great experience. If anyone had told me I’d spend five years living in Europe’s largest container port, I’d have laughed at them. It just goes to show that you shouldn’t be so quick to judge a city without visiting.

Rotterdam or the Netherlands not your thing? Have a look at some of our other moving to guides including Switzerland, New Zealand and more.