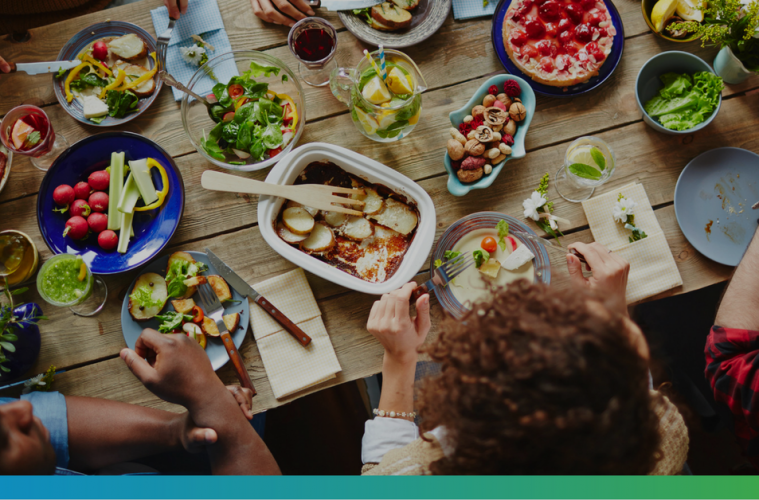 Chew on this: could Brexit shape your dinner plate?

Chorizo, Parmesan, gelato – much of the most popular food and drink in the UK is not British at all. In fact, more than half of all food consumed today in the UK is imported from abroad, 70 percent of which comes from the continent. With a departure from the EU looming ahead, could we see some of Europe’s best bites become Brexit casualties?

There’s no doubt that all around the country Brits like their food, whether at home sharing a Sunday roast or sampling Spanish paella and Portuguese custard tarts at a market stall. From barbeques to post-work pints, food and drink in the UK is so much more than just a necessity—it’s part of British culture.

When the UK joined the EU more than 40 years ago, people grew to know and love some of the best European grub. Today pasta, Edam and Champagne are even included in the consumer price index (CPI), a key group of products and services used to calculate inflation in the UK.

So, what could Brexit really mean for our love of food? Jeremy Cook, World First’s Chief Economist explains:

“Sterling is down a little over 20% against the euro since the UK voted to leave the European Union and the devaluation of sterling is triggering an inflationary impact. CPI rose by 1% in the year to September and given our predilection for imported wine, cheese, meat and veg we think this will rise as high as 3.5% in the coming year. To hide that, retailers may cut down portion sizes or alter their product offering in order to save cash.”

The recent ‘shrinkflation’ of Toblerone’s popular chocolate bar—where the company elected to reduce the candy’s size for the UK market instead of raising prices—is just one early example of the Brexit effect on food. And in October, Tesco briefly removed a number of popular products (Marmite, PG Tips tea, Pot Noodles) from its online offering following a spat with Unilever regarding price hikes. More and more the impacts of Brexit on consumer food and drink are being felt and the British consumer is far from exempt from this.

“Consumers will inevitably have to bear the knock-on cost of these pressures,” explained Nick Clegg MP in a recent speech explaining his latest white paper, “while also seeing the price of imported foods rise, including popular products which we are accustomed to buying cheaply.”

Only time will tell how breaking away from the EU may change what Brits eat and drink, but one thing is certain: Europe’s best flavours will never be further than a short flight away.

And it’s not just the price of prosciutto that might go up. If you’re an expat living in the UK, sending money and travelling home could get even pricier. To stay on top of fluctuations in the value of the pound and the latest economic news, keep an eye out for economic updates from World First.