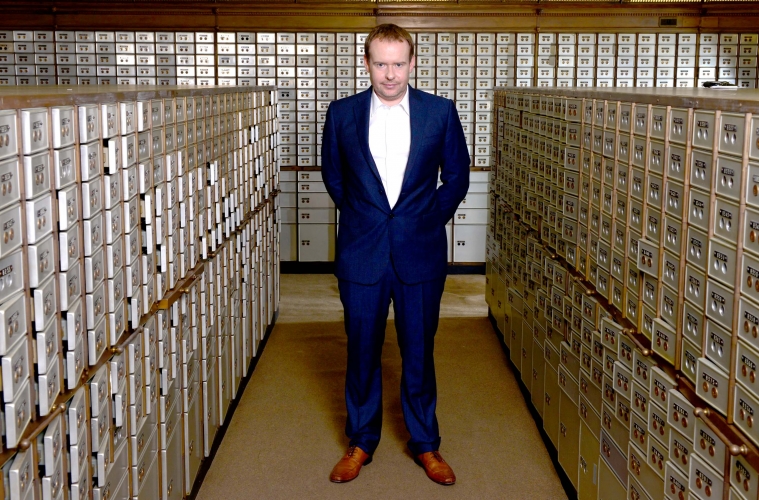 BullionByPost has struck gold with a modest investment and a cautious approach to international expansion. David Prosser reports

When he received a £10,000 inheritance from his mother in 2008, Rob Halliday-Stein, who worked in online fashion, wanted to find a safe haven for the money. The credit crunch was threatening the banking system – and so he decided to pay a visit to a London bullion dealer.

He was amazed to find a queue of would-be buyers of gold and silver snaking right round the office and down the street. Inspiration stuck Halliday-Stein on the spot. “It was obvious there was this huge demand among savers and investors to buy gold and silver, but it was really difficult to do,” he recalls. “In a business that was old-fashioned and inaccessible, I realised that there was a market for an online bullion dealer able to use technology to offer great customer service. We set out to make buying gold and silver simple – and to be the UK’s No 1 online bullion dealer.”

Halliday-Stein decided to set up BullionByPost, an online bullion dealer based in Birmingham. Ten years later, the business’s sales have reached £125 million a year and the company is expanding across Europe. The founder and managing director’s internationalisation strategy is already paying dividends: last year’s launch in France saw the firm take £1 million in orders in its first month alone.

The numbers are impressive for a business built on what might be considered inauspicious beginnings in the wake of the financial crisis. With UK sales growing rapidly, Halliday-Stein’s attentions have turned to overseas.

“It’s really only in the past 12 months that we’ve focused seriously on our international ambitions,” Halliday-Stein says. “The business has been growing so fast, we’ve had other priorities.” One reason for the delay, he explains, has been an issue that other entrepreneurs would do well to consider when starting out.

“When we first designed our platform, we didn’t even think about selling overseas, so we’ve had an enormous amount of work to do,” Halliday-Stein says. “It would have been so much easier if we’d thought about exports from the start – even if we’d just mentioned the idea to our developers so there was less work to do when we were ready to consider overseas markets.”

BullionByPost’s approach has been to proceed cautiously, trying out different models – both to gauge demand and to study the resilience of the business’s services.

“We decided early on that we were only interested in markets where we could be No 1 or No 2, so testing that demand has been really important,” Halliday-Stein says.

It began with a launch in Ireland a year ago, with a service designed to test whether it could cope with working in euros; then it moved to France, to look at whether it could be successful with a foreign language-based platform.

The most recent launch was a European Union-wide dealing service that operates in English, which has given the company some valuable intelligence on where demand is highest.

“On a spreadsheet, you’d think Germany would be a great market,” says Halliday-Stein, “but investment in gold and silver is well-established there; instead, based on the data from our EU site, our next country launches will be in Italy, Greece, Spain and Holland.”

“Brexit is giving us some headaches, particularly about who we should hire, since we need native speakers for our overseas websites, but I don’t see a major impact,” he says. “My advice, if you’re worried about selling in the EU, is just to go for it – the UK is a genuine world leader in e-commerce.” 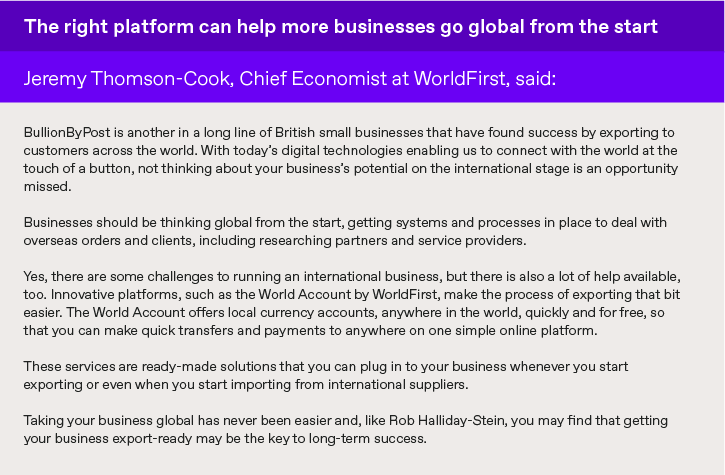 This article first appeared in The Sunday Times on June 3, 2018. To find out how WorldFirst can help you compete like a local business, globally, visit worldfirst.com/