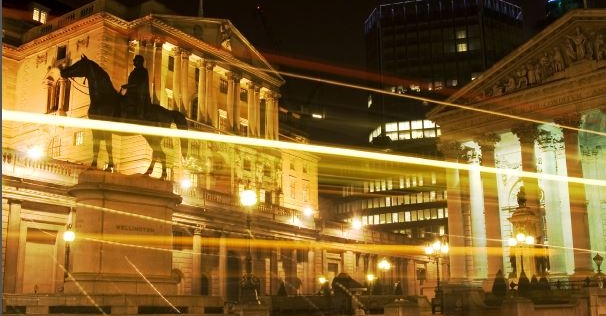 With 2018 just around the corner, WorldFirst plots out the key retail dates in the coming 12 months.

The Greatest Show on Turf, is the culmination of 6 months of bone crunching sport and with regular games now taking place in the UK the sport has never been more popular. Memorabilia, beers, snacks and all things American will be in hot demand

While looked down on by some as inferior to its summer rival, the Winter Olympics provides shoppers with every opportunity to take up a new sport and assemble all the gear that they will need.

Depending on your local council, the kids will be coming home for a week around now. While the buses may be quieter in the morning, the shops most certainly won’t be.

I am an unashamed romantic and therefore love Valentine’s Day more than most. Depending on who you listen to the day celebrating St Valentine is now worth anywhere from £1bn to £2.5bn to the UK economy and is typically the first post-Christmas present giving opportunity of the New Year. Flowers and chocolates, jewellery and lingerie all top the most frequently gifted lists.

The Chinese New Year heralds the Year of the Dog with celebrations planned all over the country. Expect fireworks as Chinese tourists visit the UK with time off from work. The average Chinese tourist spends the 2nd most on their visits after Americans with an average spend of £2174 according to Visit Britain.

Chinese New Year is also an important economic event. See the rest in our 2018 economic calendar:

The crowing jewel of the entertainment awards season takes place in early March and is a must see for film fans. 14 million of us went to the cinema in 2016 according to the UK Cinema association so allowing them to take home the award winning movies is big business.

A box of chocolates and a bunch of flowers normally does the trick with sons typically spending about £12 more than daughters according to Mintel.

Good Friday can turn into DIY Friday quicker than you can say ‘Ronseal Quick Drying Woodstain’ although the fact that Easter is ‘early’ this year may prevent you from getting the step ladder and paint rollers out. Easter sales are a regular fixture of the retail calendar as stocks make room for summer lines.

One day, one egg used to be rule in my parent’s house but that seems to have gone the way of the VHS and landline telephones. The average child in the UK receives just shy of 9 eggs a year according to the Birmingham Mail.

7 May – May Bank Holiday

The Early May bank holiday typically sees pub gardens full, roads jammed on the way to the coast and the smell of barbecues drifting across terraced roads. The fact that it is the first of two bank holidays in May makes it all the more special.

As Muslims around the world celebrate Ramadan with a month of fasting, ecommerce demand tends to increase in the 3rd week according to marketing firm Criteo as shoppers stock up for the end of month feast during Eid al-Fitr

The most romantic football tournament in the world comes to an end at Wembley. Small teams may win it rarely but small businesses can always get involved in an amazing day that rounds off the domestic football calendar.

For 4 days the South West tip of Central London is at a standstill as the world of horticulture lays down some roots. Gardening is big business with Britons spending over £1.5bn a year on plants and over 2/3rds of Brits visiting a garden centre every year according to the Horticultural Trades Association.

Half term begins for the nation’s kids as everyone takes a day off at end of May. Both parents and kids need entertaining as the days grow longer.

The biggest sporting event in the world is back with the tournament taking place in Russia for the first time. While many fans may choose to follow their teams in person, the world will congregate around TVs through June and July to cheer on their respective countries. Expect sales of food, drink, barbecues, replica shirts and all the paraphernalia associated with an England campaign to rocket farther than the international team.

Novelty beer and socks are the typical order of the day for the Dad that probably prefers you just let him watch the football in peace. Britons sadly tend to spend around 15% less on Father’s Day than they do on Mother’s Day.

C’mon Tim! Whilst Tim Henman never made it to the finals in SW19 the rise of Brits Andy Murray and Johanna Konta have made tennis ‘cool’ again. For those who are far too old for all of that we can still partake in strawberries and cream with a glass of something fizzy.

While Monaco has the glitz and glamour and Monza has the pedigree, racing fans know that Silverstone is the driver’s favourite course. F1 is one of the few sports that UK PLC dominates from a supplier point of view given the number of teams who develop and test their cars here.

Teachers unite in breathing a sigh of relief as 6 weeks of holiday begins.

In a happy coincidence of summer skies and opportunity the orbit of the planet Mars will bring the little red planet it’s closest to Earth since 2003. Expect telescopes, tents, astronaut gear to sell well and more than a few Martian outfits to be seen out and about.

A 3 day weekend for those of the Muslim faith see celebrations begin at the keyboard as clothing, food, and travel demand spikes.

Music festivals abound, the days are long and everyone doesn’t want to believe that summer is coming to an end. Summer sales for winter sun destinations and all that you may need are popular.

3 September – Back to School

The ‘Back-to-School’ rush, like Christmas, seems to get earlier and earlier. Uniforms, stationary and the latest gadget will all be in very high demand ahead of the academic year.

London becomes the fashion capital of the world for four days as the world’s designers congregate to show their wares. Expect cheap and cheerful influenced pieces to arrive on shelves before the last glass of champagne has been drunk.

With Halloween and Bonfire night both falling in this year’s half term there is more than enough to keep the kids amused.

Halloween is the celebration of all things scary but there is nothing scary about how much ghosts, goblins and the requisite tonnes of sugary treats are worth to the UK economy. Mintel suggests that we Brits spend £310m on Halloween a year.

Total spending on Bonfire night is set to breach £350m this year.

“The Festival of Lights’ has become a festival of ecommerce in recent years. With large expat communities in the US, U.A.E., UK and Pakistan the diaspora is in a spending mood!

This year’s will mark the 100-year anniversary of the end of World War I. While an occasion for somber thought more than outright celebration we would expect tourists to flock to the country to see the parades and festivities.

The anti-Valentine’s day has become a phenomenon in the past 5 years. In 2016 consumers spent $18bn, triple the $5.9bn spent on Black Friday, Cyber Monday and Thanksgiving combined in the US according to the FT.

Thanksgiving in the US is for some people more important than Christmas and it is becoming an increasingly important day here in UK as well. Turkeys may not vote for Christmas but a lot will give thanks.

The most successful American import of recent years has been Black Friday and its popularity is se to continue unabated. 2016 saw £6 billion spent over the Black Friday week in Britain, with the ratio of online to High St always moving in favour of the former. Discounts can vary from 10 – 60 per cent. It’s now followed by Cyber Monday when online offers are poised to help shoppers get geared up for Christmas and leave the delivery issues to the couriers as the weather turns poor.

Of course, December 25th is the most important retail date of all, representing the be-all-and-end-all for most in the sector. This is no surprise given spending could breach the £500 a person level for the first time ever according to RetailMeNot, a retail consultancy. While the arrival of Black Friday and Cyber Monday have dragged some of the Christmas consumption into November, December remains the month for shoppers.