Your success is our success: WorldFirst and Argofield

Launched in 2004, Argofield is a UK-headquartered online seller in the home décor market. The company operates two major sites; www.WorldofWallpaper.com and www.PriceRightHome.com, as well as selling on a variety of online marketplaces. The company has sold over 3.5 million items in total since its launch.

The company is looking to expand internationally as worldwide selling becomes more attainable due to falling distribution costs.

Its international operations are predominantly in the EU: France, Germany, Spain and Italy. Argofield also sells in the USA, Australia and New Zealand.

The majority of this selling is through marketplaces, including the likes of Amazon as well as country specific local marketplaces such as Cdiscount in France, Catch in Australia and Trade Me in New Zealand.

The company is looking to eastern Europe for opportunities: for example, Allegro in Poland is being considered as an option for the future.

Argofield had been using solutions provided by marketplaces, finding that conversion rates provided for transfers were eating into margins.

Argofield began working with WorldFirst in March 2014. The initial rationale was to save thousands per year in currency exchange, but since then, the company has added functionality such as the ability to pay suppliers in local currency.

Argofield is also considering leveraging risk management tools, such as flexible forward contracts, which allow the company to draw down a fixed amount of currency at a fixed exchange rate at a time of their choosing, reducing the business impact of any currency movements.

The company sees the international channel as its top priority and opportunity. It needs an efficient way of getting the funds back from foreign marketplaces, which WorldFirst is able to do. 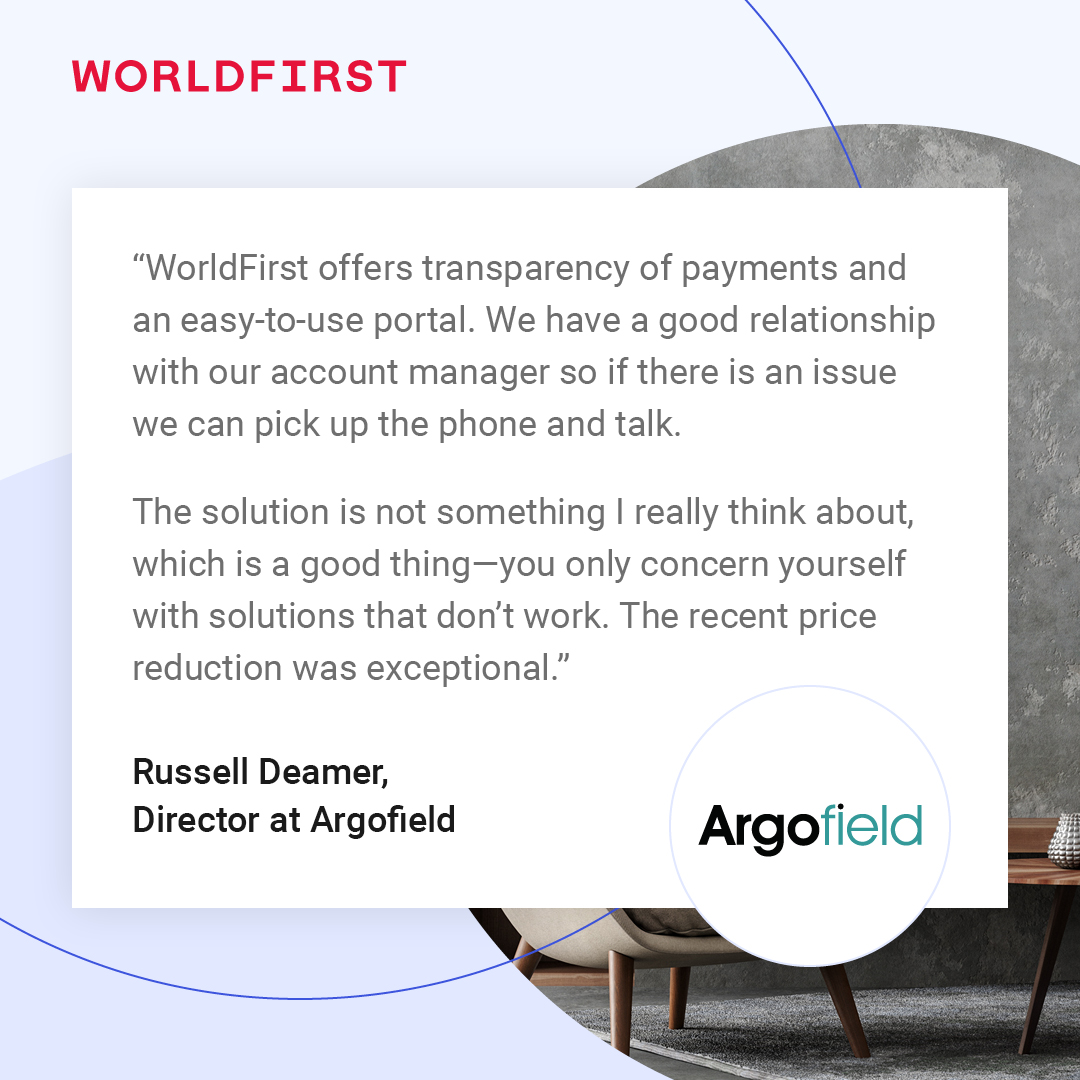 Celebrating our customers – Your success is our success