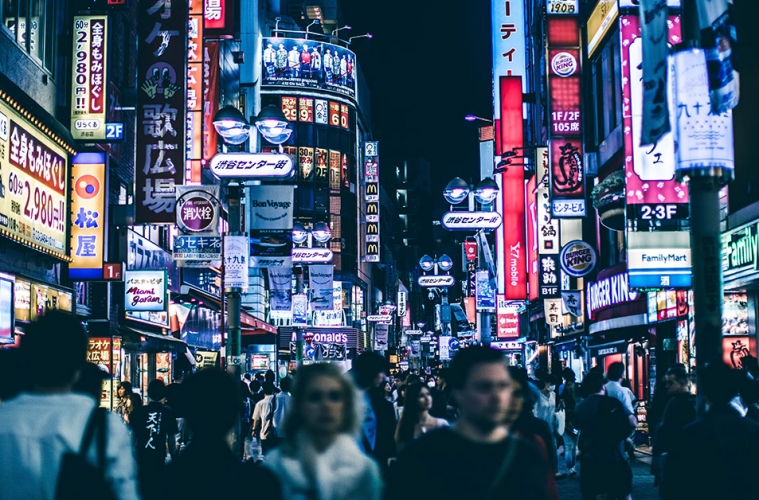 UK SMEs are positive about international trade with high expectations for European export growth despite the looming threat of Brexit, according to the latest Global Trade Barometer from WorldFirst, the international payments expert.

According to the survey of more than 1,000 small and medium sized businesses, the number of UK SMEs trading overseas rose for the first time in a year in the last quarter. The survey found that 32% of businesses made at least one foreign transaction a month in Q2 2018, up 6% on last quarter. 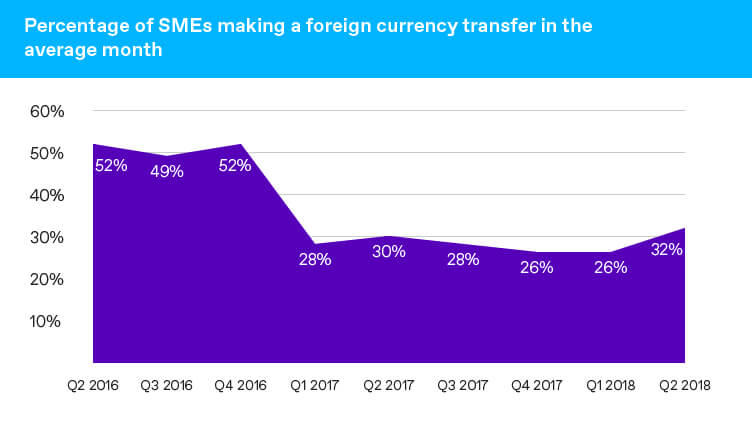 This rise has been spurred by the increase in larger SMEs taking advantage of opportunities to do business abroad. Over half (52%) of medium-sized enterprises made at least one foreign transaction each month, compared to just 37% in Q1.

Business booms in the bloc

For those already trading internationally, business appears to be booming. The average UK SME made overseas transfers of £47,000 in Q2 as small businesses engaged in approximately £84 billion worth of global trade over the quarter. This represents almost a 25% increase in average overseas transfer values (£38,000) compared to the same period in 2016.

And it seems that European business is driving much of that activity. Europe is heavily represented within the list of countries that have seen the biggest increase in trade activity, with Eastern Europe in particular seeing a large spike in payments from UK businesses.

Notably, payments from UK businesses to Croatia almost doubled in Q2, with significant increases also seen in transfers to Lithuania and Bulgaria too. 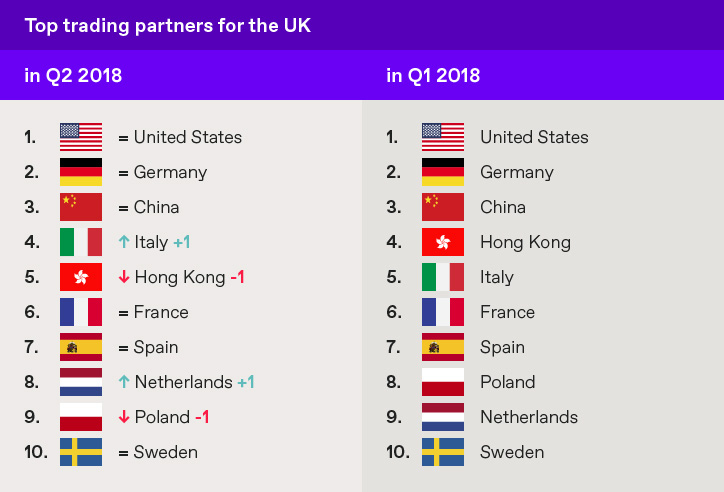 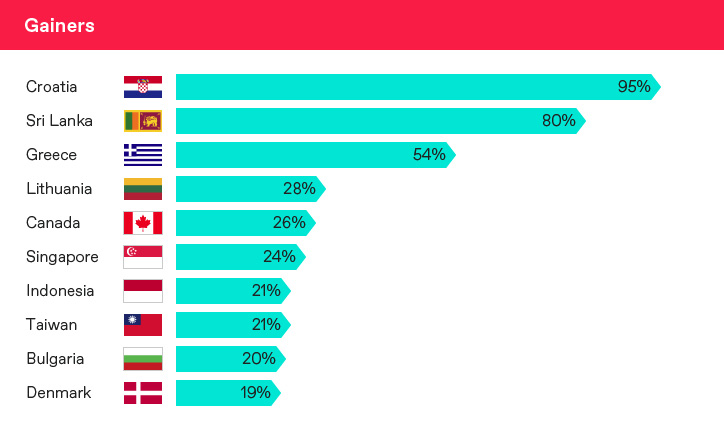 UK SMEs look to the continent

An increasing number of SMEs are confident in their international prospects – the survey found that 29% of businesses expect overseas revenue growth in the next quarter and over a quarter of businesses (27%) are looking to export to a new country in the coming months, a 3% increase from Q1.

Many SMEs foresee continued success in Europe. 18% are looking to enter Western Europe for the first time in the next three months, 11% are focused on Central Europe and one in ten are considering starting to trade in Eastern Europe.

However, despite continued success in the face of a challenging macroeconomic environment, British SMEs cannot ignore the looming threat of Brexit.

As the government tried to navigate a path forward for the UK over the last quarter, the number of businesses who claimed they were not concerned about Brexit having a negative effect on their business fell significantly from 44% to 28%, indicating that legislative uncertainty is breeding doubt and worry amongst SME traders.

Jeremy Thomson-Cook, Chief Economist at WorldFirst, said: “UK SMEs continued to go global to the tune of over £84 billion each month in Q2 of 2018. After a disappointing 2017 – where the number of businesses trading internationally halved – many have made a return to overseas markets in the last quarter. Over 1.8 million small and medium sized businesses are now doing business abroad.

“However, as we watch and wait for Theresa May and the government to forge a path for the country post-Brexit, SMEs are worried too. Businesses have done a good job thus far of carrying on regardless but they can’t do it forever in the face of such political uncertainty.

“Moving into Q3 and the remainder of the year, it is key that businesses apply a critical eye to their contingency plans and risk management considerations. Protecting effectively against currency volatility is key and businesses would be well minded to carefully consider their hedging strategies across new and existing international markets in the coming months.”

All figures, unless otherwise stated, are from YouGov Plc.  Total sample size was 1,016 senior decision makers in small/ medium British businesses. Fieldwork was undertaken between the 9th and 16th July 2018.  The survey was carried out online. The figures have been weighted and are representative of all British business sizes.

World First data on client contracts was collated between 1st April 2018 and 30th June 2018 and refers to UK business clients only.