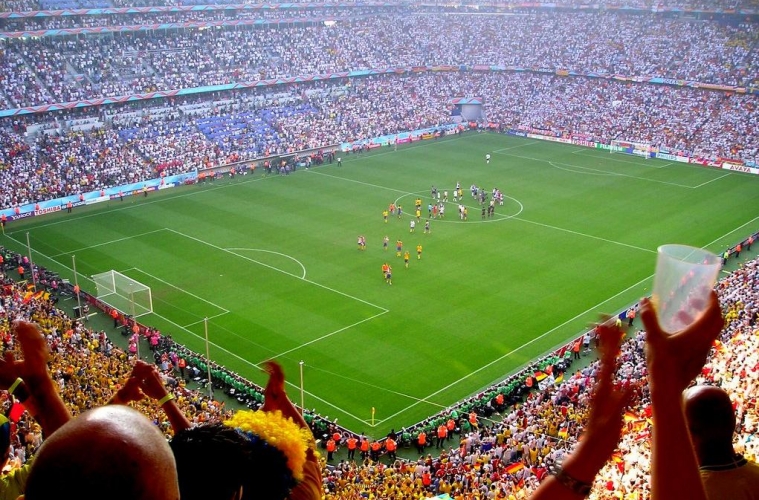 World Cup Special: Does a volatile currency make for an exciting football team?

The FIFA World Cup kicks off on 14th of June and I, for one, cannot wait. The first World Cup I really remember was USA 94 and although England failed to qualify, I found myself supporting the Bulgarians, the Baggios and the blonde bombers of a Sweden team who nearly defeated the eventual champions, Brazil. A love affair with the World Cup was born back then and that will be rekindled when Russia and Saudi Arabia kick things off in Moscow.

Many people will already be planning their viewing schedule for the next 31 days and making sure that they’re able to take in as much of the tournament as possible. And we think we can help.

How do I make sure I’m watching the good games?

Unfortunately for me, I am not going to be able to watch all the games – such is the responsibility of adult life.

I therefore need to make sure that the games I am going to watch are the most exciting; I need to make sure that there is less of a chance of a country’s currency going bananas while their first XI is taking to the field in Saransk. For this I have returned to my currency analysis routes to ask: is the volatility of a country’s currency is in any way related to how exciting their football team is?

So I’ve looked at historical volatility measures for the 28 currencies represented – 5 teams use the euro – and then measured that against two measures: (1) the FIFA ranking of each team and (2) the number of goals per game each team scored in qualifying for the World Cup in Russia.

Do higher ranking teams have a lower volatility currency? 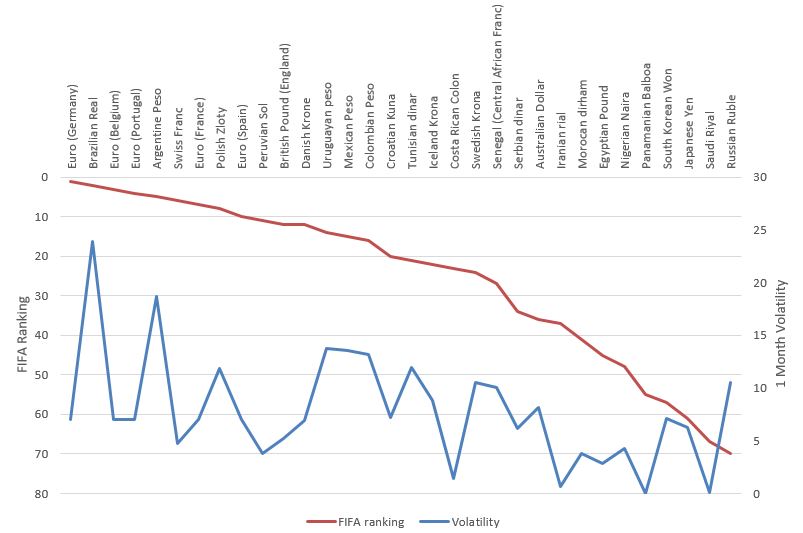 Germany is the top ranked team in the world heading into these championships and Russia the lowest, some 69 places lower. Brazil’s currency is the most volatile as we head into the opening game, following fears over the damage a strong dollar is doing to the affordability of Brazilian debt and a truck strike in the country that has paralysed businesses. At least the Brazilians will not have to worry about the USA hurting them at the tournament however, as the US failed to qualify for the first time since 1986.

Overall the correlation stands at -0.43; there is a low correlation between a country’s currency volatility and its FIFA ranking. I’m not going to let my chances hang on that relationship.

So what about goals scored during qualification?

Depending on the route taken to Russia teams will have played anywhere between 6 and 20 games to qualify. Some teams qualified courtesy of their defence whilst others – Belgium and Germany – swash buckled through qualification seemingly scoring goals for fun, at some points netting an average of 4.3 goals per match. Cashback! 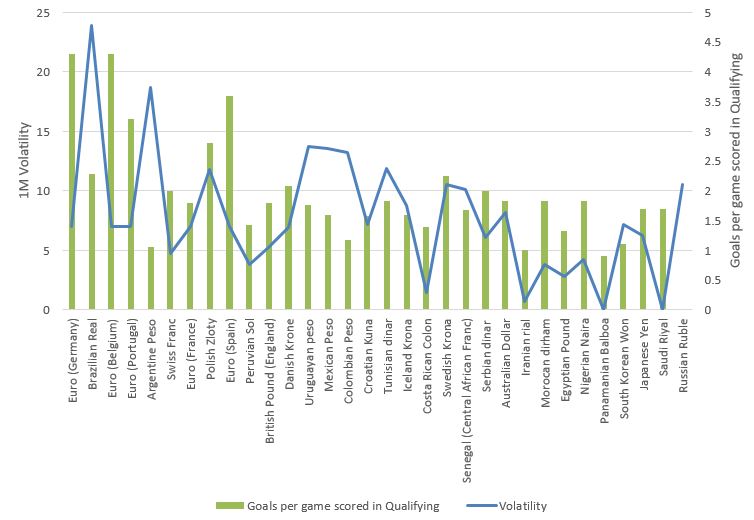 Unfortunately there is almost no correlation between goals per game in qualifying. The correlation is a measly 0.05; about as statistically relevant and exciting as England’s campaign in South Africa 8 years ago. Picking a game to watch based on this methodology is basically random; it could be exciting but I could equally get in trouble.

So what to do?

No matter how you look at it, currency volatility is not helping my ability to pick which games to watch. In fact, as the below graph with a correlation of -0.57 shows is that the best predictor of an exciting game is goals scored and FIFA ranking; the best teams tend to score the most goals. 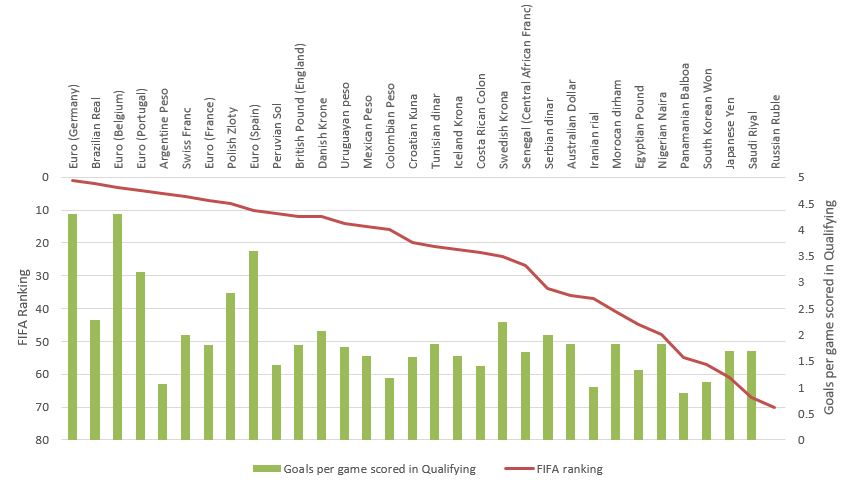 It’s clear that to make sure that I watch the most exciting games I need to watch the marquee countries and not worry about the movements of the markets.

So what games am I going to watch during the working day?

Egypt vs Uruguay (Friday June 15th – Egypt will boast the talent of Mo Salah, the Liverpool striker who scored 52 goals in a season while Uruguay have two of the finest strikers in the world in Suarez and Cavani.

Brazil vs Costa Rica, Friday June 22nd – The favourites play a team that made the quarterfinals four years ago. We have to remember how Brazil were eliminated at the last World Cup and just how many games it will take to exorcise those demons.

England vs. Belgium, Thursday June 28 – The two best teams in Group G will go head to head to try and grab a better draw for the knockout stages.

I hope your chosen team either via birth, love or financial interest goes well in Russia. Let us know in the comments below what games you’ll be watching, any tips for distracting the boss and who you think will be crowned champions.