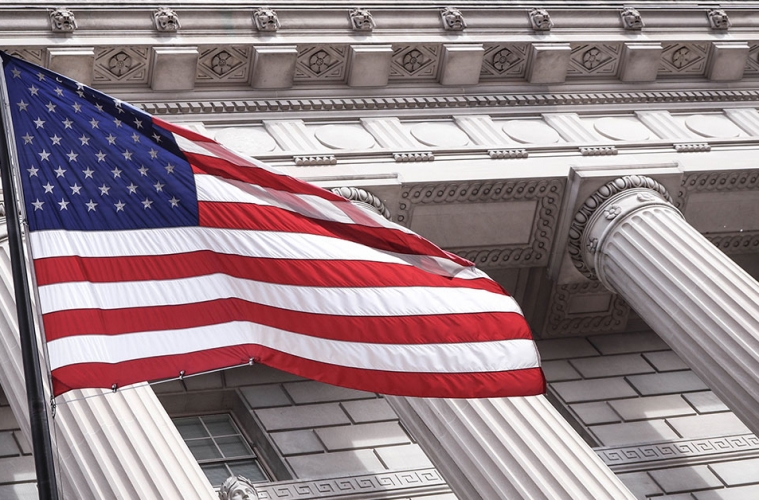 The Pound will remain a political currency this week, taking its marching orders from Downing Street despite the labour data tomorrow at 08:30 GBPT (Earnings, Unemployment and Claimant Count).

Thankfully – for some – Brexit news is starting to seep back into the media. Cross-Party talks will be the focus for this week, as we hear rumours that Prime Minister Theresa May is willing to renegotiate the Brexit deal proposal.

The probability of cross-party talks being successful remains slim, with Philip Hammond due to join the calls for Cabinet to abandon the current approach. His belief is that whilst it may appear amiable on the surface, politically it would be flawed. It is likely that Labour would only back a deal if provisions were made for a “Confirmation Vote”, otherwise known as a second referendum. it is extremely hard to see the Conservatives agreeing to this and is likely to remain a heavy anchor on GBP upside.

The calendar is littered with data this week. Perhaps the fallout from the tariffs will take some attention away from their readings.

The key focus will be on further physical meetings created between Trump and Xi. As it stands, the market believes there is a strong possibility of a meeting at the G20 Summit in Japan. This makes a lot of sense given that the US has now more than doubled its tariffs on $200 billion worth of Chinese goods. It looks like Trump is only just getting started, with his latest tweet warning China against any retaliation. He remains an avid believer that China has taken advantage of the US for too long, and that tariffed companies will seek new business opportunities in Vietnam and other parts of Asia. Ultimately, both sides are going to suffer and these are very uncertain times for those who are exposed to the dollar.

Italian Prime Minister Conte has accused Deputy Salvini of deliberately derailing the coalition. This soured what was already a very poor week, particularly in the Bond market with the biggest sell-off in three months taking place. The European Commission has reminded Italy that further disruptive politics is likely to deteriorate public finances and breach EU rules.

Eurozone GDP is due out on Wednesday at 09:00 GMT. Consensus remains in line with the previous YOY result at 1.2%.

The Euro has a unique opportunity to press against the Pound and the Dollar, as some analysts praise its “safe haven” tendencies – finally something reasonably positive to come out of the single block currency. Let’s see how much positive funding can get shipped that way.

Foreign Direct Investment is due out tomorrow, and Retail Sales alongside Industrial Production are released at 02:00 GMT Wednesday.

As it stands, the Yuan is due to complete its worst daily decline against the Dollar in nine months as the market sours over the US tariffs. This will be the sixth consecutive day of losses and paints a particularly negative outlook in the short term.

The week ahead in JPY

The Yen has found typical support from investors as they seek a sheltered path away from risk. The economic calendar remains very thin with only one medium risk event scheduled for Wednesday, with an insight into Foreign Bond Investment and Investment into Japanese Stocks.

The Yen still seems to be half asleep after the extended Golden Week, which has attracted a growing number of complaints from citizens.

The week ahead in AUD and NZD

Global risk sentiment will continue to bully both the AUD and NZD as we kick off another week of tension between the US and China. Escalations from here could well result in the Australian Dollar being taken sick. We all know the strong trade correlation between the two and have seen several examples this year of heavy selling.

Last week the RBA nodded at Labour market data as a key driver of future interest rate action. On Wednesday and Thursday, we have a combination of the Wage Price Index, Employment Change, and Unemployment rates. The historical run of good labour market data has helped sway the RBA’s rate policy away from further cuts, but a turn to the downside could trigger further dovishness.

The Australian Federal Election takes place on Saturday 18th, whilst the markets are closed. This presents a major risk event for the opening price on Sunday evening, and good conditions to be hedged or working a Limit Order to take advantage of any favourable moves.

Apart from New Zealand Visitors Arrivals (22:45 GMT Monday) and Business PMI (21:30 GMT Thursday), the economic calendar remains thin. It is worth noting that typically New Zealand’s agricultural produce is less exposed to price fluctuations when compared to Australia. Mining exports like coal and iron ore can suffer while price movements in a short space of time.

China and Singapore have completed another currency swap agreement which will see 300 billion Yuan / SGD 60 billion float between the two economies. This Bilateral Currency Swap Agreement (BCSA) was established in 2010 and renewed in 2013 and 2016 respectively. The renewal will help bolster economic resilience and economic stability for both sides. Low volatility remains the key risk, which can trigger explosive price action.