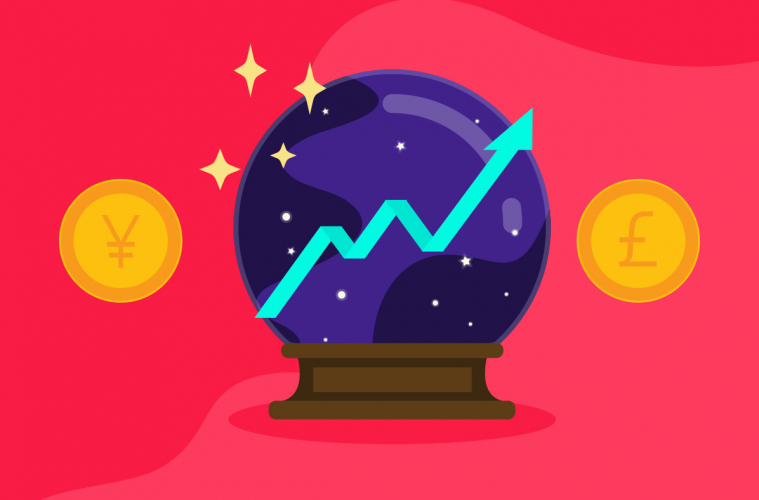 What does 2020 have in store for the foreign exchange market?

Following a busy year for politics and fx alike in 2019, our team of forex correspondents have reviewed the key influences to watch out for in 2020.

The Trade War and US Elections

President Trump’s administration and his attitude towards trade will virtually guarantee that 2020 remains disruptive and you will struggle to find anyone willing to bet against it. Whilst January 15th is earmarked as the signing-off of the Phase 1 Deal, it still provides us with little in the way of specifics – we all know the importance of detail.

The deal comes after an exhausting two and half years of tit-for-tat negotiations which have dominated economic and domestic newswires. The impact has been felt far and wide, hitting the Australian and New Zealand economies to name but a few, as well as creating a risk-on-risk-off volatility switch – GBPUSD traded within a 10.5% range opening the year at 1.2575, falling to 1.1962 before rallying to 1.3504.  Analysts at Bloomberg note that the US/China trade tensions were really a disguise for a much larger technological competition, which is expected to gather prominence this year.

President Trump attributes the success of US stocks to his time in office, which places significant emphasis on whether he is prepared to issue further tariffs and risk killing off the current equity gains. Therefore, we have the possibility of a US-led peace offering, which makes sense ahead of the US elections and certainly generates healthy amounts of positive market and Dollar sentiment. The signing of the Phase 1 Deal, as such, remains largely “priced in” and therefore AUD and NZD should remain in the shadows.

The protectionist nature of the US economy has a littered history of import tax threats and the balance of global economic performance and stability really does crash headfirst with the US elections. Based on the current sentiment, another Trump term is likely to pile additional pressure on global growth plans with the Federal Reserve acting as judge, jury and executioner. Currently, there is very little appetite for any 2020 interest rate changes but this may well come into dispute as we near the election and possible avenues of “Trump” pressure tactics are applied to lower rates further.

In a very uncertain market, we are only guaranteed uncertainty. Very cliché to hear, but no one is prepared to forecast beyond the end of their nose. Remember Goldman Sachs and their famous 2017 predictions? In January 2017, they instructed their clients to back a bullish Dollar and by April they were scrambling to close out their loss-leading positions following a 7% decline in Dollar performance. At the time of writing this update, US tensions with Iran and the wider Middle-East are reaching alarming levels.

Whilst the UK 2019 election was arguably won on “Getting Brexit done”, the reality is that 2020 will likely need to run its entire course before one could claim this has been truly achieved. Whilst the majority of Boris Johnson’s Conservatives returning to Parliament meant the withdrawal agreement, which was the first hurdle in leaving the EU, passed easily by 358 votes to 234 – the far trickier part now is to secure a free trade deal with the EU by the extremely ambitious deadline of December 31st.

As Britain enters this critical year in the Brexit process, also known as the ‘implementation period’, the pound is even more likely than before to be dictated by headlines and rumour regarding the process of the trade talks as they go. Sterling has already shrunk back below its post-election euphoria as the market and big businesses worry that a year is simply too little time to agree on changes to laws and agreements that have been in place for 45 years. To give some perspective on this, Canada’s free trade agreement – much championed as being the model to pursue by Brexiteers – took over seven years to agree and implement across a fraction of the sectors the UK is involved with. The UK, by contrast, needs to renegotiate 759 EU treaties ranging from nuclear power to the vital services sector, which makes up 80% of Britain’s economy.

There is a certain amount of game-playing being employed by the Government, as they seek to strong-arm and expedite the process to the UK’s gain, in comparison to what was seen as being too complicit to EU timetabling under Theresa May’s administration. The fear is that, as the UK only has until July 1st to extend the transitional period for another couple of years, which Johnson has steadfastly refused to say he will do; we could be walking, yet again, into the jaws of a no-deal Brexit scenario.

Admittedly, it all does seem like a broken record concerning no-deal fears and the pound, but the fact of the matter is; with a Conservative majority-backed Government as determined as this to push through Brexit, the stakes have never been higher. Couple this with a fractious EU with a brand new president seeking to stamp her own authority on proceedings, there is great fear that the response from across the Channel will once again be – “Nothing is agreed until everything is agreed”.

Fears of a recession throughout the second half of 2019 went hand in hand with the global central banking trends of rate cutting and measures to try to support growth. This, amplified by trade war fears and Brexit drains on market investment, led to key recessive indicators; the most important of these being the bond yield curve inversions (which has historically predicted the last seven recessions), and survivalist money movement into haven assets and currencies.

With a lot of this fear subsiding with the positive developments in the US/China trade dispute, and a General Election confirming the UK’s fate to leave the EU at the end of January, where does this leave us looking ahead into 2020  and the global growth outlook?

Using the stock market gains in 2019 as a basepoint, key indicators for businesses are pointing towards a year of growth in 2020. Markets do not tend to tank following such large rallies. In fact, statistically, over the past 17 years, following a 25% S&P 500 rally, a recession has occurred only three times according to Bloomberg, with analysts now pricing in a recession at less than 20% likelihood. But, sometimes numbers are just that, and the theme of the market’s sentiment can change day-to-day.

With the recent developments between the US and Iran as of last week sparking a new flurry of concerns into the market, instability in key assets such as oil, gold and haven currencies will likely spike. The concern around a large shock and increased volatility being enough to trigger a recession may very well find its way back to the surface.

As the year progresses, developments will start to unravel around the key political risks around Brexit, the US/China dispute, and the US and Iran tensions. This coupled with macro data painting the picture of major economies health, their inflation levels, and thus central bank policy will help provide clarity to update the base scenario we start the year with, that of a more optimistic growth outlook than 2019, but with a huge amount of heavy caveats and risk hurdles to overcome.

Of course, the only certain thing in the markets is that they are uncertain in nature and susceptible to sudden changes. While the topics covered in this article are our predictions for the key themes in FX for 2020, you can also stay up-to-date with our Daily Economic updates here.