What is going on in the UK housing market?

Since Brexit the housing market has been a particular focus of economic strength. Briton’s gain a tremendous ‘wealth effect’ from owning property; as property values rise so does consumption and eventually GDP. The opposite is true when prices fall.

While the UK has not left the European Union yet, the uncertainty that the Brexit vote cast over the UK economy and matters of investment and trade has checked the housing market’s step in recent months. 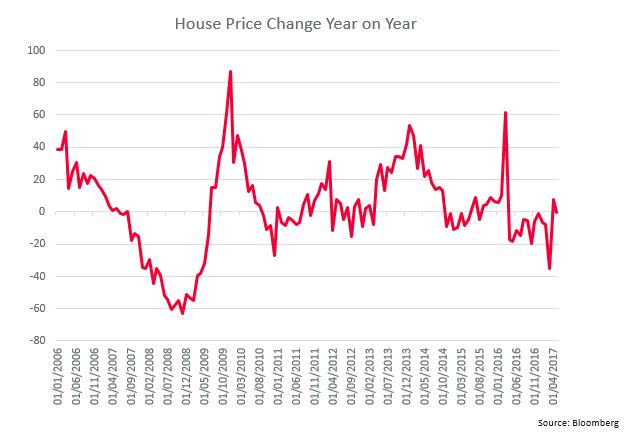 Transaction volumes have fallen by about 50% as has house price growth to around 3% on the year. Asking prices are not coming lower yet but then again houses are not being sold at asking prices at the moment with the average discount to asking anywhere between 5-7%. London’s house price gains continue to overawe everybody else’s of course. 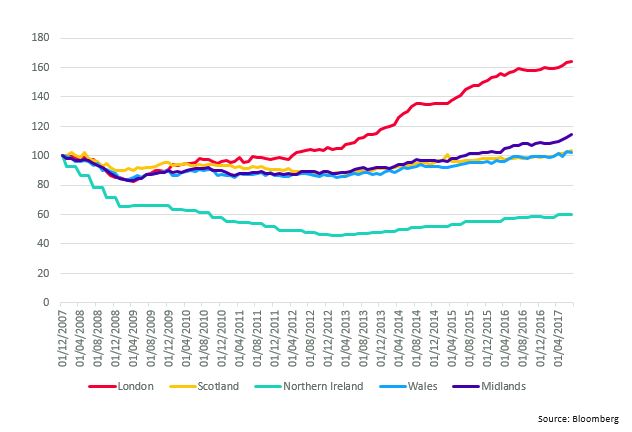 An increase in interest rates is an interesting dynamic that the UK housing market has not had to deal with in over a decade. We now think that the Bank of England will raise rates at the November Quarterly Inflation Report following a change in mood at the September meeting.

We believe this would be a policy mistake but could be limited by commitment to any further increases being done on a ‘gradual’ basis and an understanding that this is a reversal of the post-referendum ‘emergency’ cut. ‘Gradual’ in expectations parlance means a rate rise of 25bps every 6 months.

Even so a 25bps hike in November would represent an increase in borrowing costs. The average mortgage cost would increase by about £28.72 a month – based on a repayment mortgage of £200,000 at the UK average SVR of 4.6%. 3 rate rises would increase that to around £86 a month – 4.7% of the average UK take home wage. We have our fears about how quickly a series of increases could materially damage the average Brits spending power.

In summary, Brexit is having a slight depressant effect although this is manifesting itself via weaker economic growth more than anything. Consumer credit levels are a concern especially as interest rates rise. We are not the only commentators who are banging on about the UK’s obsession with credit card spending and while retail sales is a buy-now-pay-later mentality we worry about a buy-now-default-later reality.

Despite recent announcements from both the Conservatives and Labour parties we see that although supply will be increased at the margin it will not be enough to dent prices.