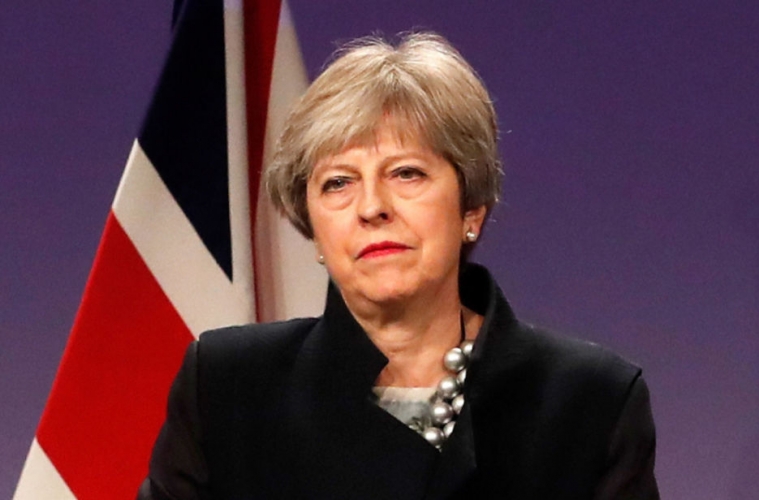 Sterling was one of the best performing major currencies in the first quarter of 2018 – it ended the quarter lower than it had started against only 4 currencies: the Norwegian krone, the South African rand, the Japanese yen and the Mexican peso. But how is it likely to fare during the course of Q2? 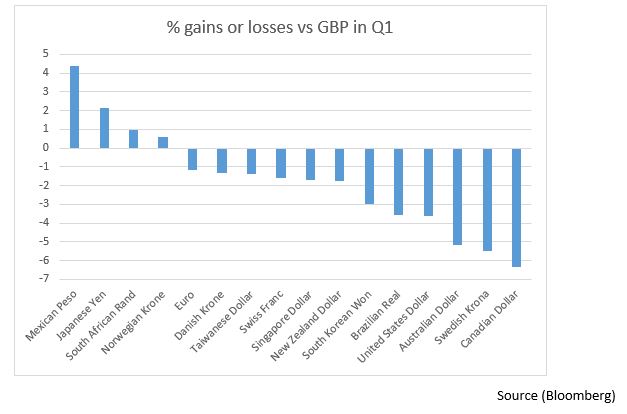 Here are three things that will determine the pound’s progress over the next three months.

The May Bank of England meeting

Following the announcement of a transitional Brexit deal in March, most analysts seem confident that the Bank of England will raise interest rates at its meeting on May 10th. Currently, markets are pricing in a 77% chance of the base rate increasing to 0.75%; the highest since February 2009. While that level of expectations means that markets are unlikely to drive sterling much higher on the chances of a rate hike alone, the inflation report and minutes of the meeting will charge thoughts of additional increases in the Bank of England’s base rate later in the year.

If, as expected, the BoE raise rates in May our view is that sterling is likely to push higher as long as language from the Bank of England points to additional rate hikes later in the year.

March’s jobs numbers confirmed that while last January saw real wage growth turn negative in the UK, we are just a few months away from the pressure on pockets easing if these figures are to be believed, and continue. Unemployment is higher in absolute terms but by not enough to drag the unemployment rate up; more people are joining the labour market and inactivity is at the lowest level since 2012.

What this means is that the Bank of England believes that pay will start to outpace inflation through the coming year and real wage gains are the silver bullet for the UK economy at the moment. Real wage growth is significant because it relies on optimistic employers being happy with business conditions, it allows consumers to re-balance spending figures from credit uptake and it promotes growth in generalised output with a central bank more comfortable to normalise monetary policy.

Perhaps most significantly, a return to real wage growth would be a further fillip for sterling as investors would in all likelihood see this as boosting future growth and inflation prospects.

What now for Brexit?

We now have a transitional deal that allows for more time but actually does little to influence the outcome of the decisions that need to be made or what happens in the background while this is all going on.

The questions that need to be answered cover trade, Northern Ireland, the UK withdrawal bill and the ongoing political situation in the UK with upcoming local elections at the beginning of May. We also have a European Council meeting at the end of June.

Until some of these fundamental questions are answered sterling is likely to remain static against the euro in particular.