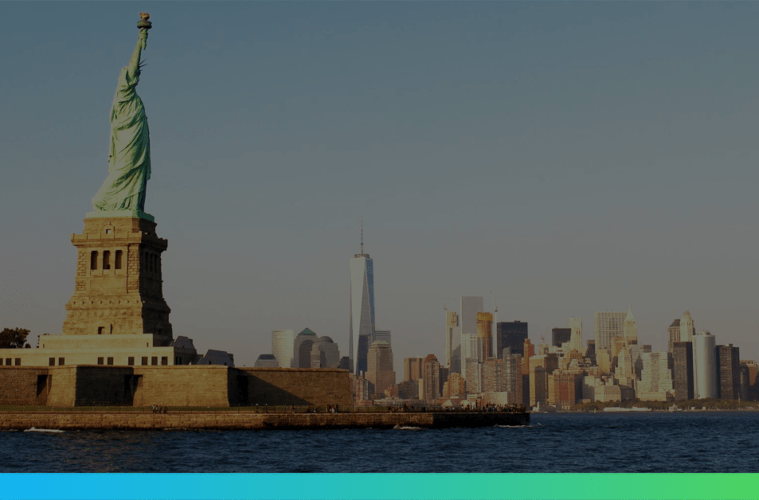 World First’s Q3 2016 Global Trade Barometer shows that UK SMEs are failing to protect themselves from the uncertainty of the US election leaving them exposed to a £34.6bn[1] currency risk.

Businesses buying US dollars have shortened the length of their forward contracts significantly, dropping from an average of 90 working days per contract to less than 70 days. This shortening – a decrease of over 22% – will leave the majority of USD-buyers unhedged beyond the Christmas period, despite the potential for greater volatility driven by the Presidential election result and a potential interest rate hike by the Federal Reserve.

With over a quarter of UK SMES (28%) trading dollars, the risk to their business should currencies swing the wrong way is potentially high. This, paired with a volatile sterling, could leave those gambling on the result in a difficult position should the dollar strengthen as a safe haven currency in the event of a Trump win.

Commenting on the effect of the upcoming election on currency volatility and the potential impact for UK SMEs, Jeremy Cook, Chief Economist at WorldFirst, said: “The ramifications of SMEs not hedging forward the dollar for a greater period of time could be significant in the early months of 2017. As we’ve seen in the aftermath of the UK’s vote to leave the EU, many businesses who left themselves unhedged by gambling on a Remain vote were caught out by the surprise result – these businesses should take heed and make sure they don’t make the same mistake twice.”

“Practically speaking, if hedging contracts are left to expire, those who import from the US will have to revert to spot rates. This will likely be detrimental to margins and introduce prices pressures to the UK consumer, potentially becoming the catalyst for a wave of ‘cost-push’ inflation in the first six months of 2017.”

Following the UK’s decision to leave the EU, foreign currency trading has picked up over the last quarter with both the euro and the dollar bouncing back. 37% of SMEs identified the euro as the most common currency traded this quarter, compared to only 30% in Q2. However, this is still down from the highs of Q1 when the figure stood at 49%.

Additionally, World First’s data shows that by number of trades, payments reaching the EU fell more sharply (-11.8%) than those reaching the rest of the world (-3.2%) in Q3.

Moreover, 49% of SMEs disagreed with the statement that the outcome of the EU referendum vote had been positive for their business’ future prospects, an increase from the days immediately following the referendum result at the end of Q2 (46%). 25% agreed that it has been positive (28% Q2) with 27% saying they still didn’t know (25% Q2).

Given ongoing political and economic uncertainty and the slide in the pound, a growing number of SMEs are feeling the impact of exchange rate movements. In Q3 28% of businesses felt negatively affected by the drop in sterling, compared to 23% in Q2. A quarter (23%) said volatility had impacted investment decisions in the quarter, similar to Q2 (24%), but an 8% jump from Q1 (15%).

However, UK SMEs are more sanguine about the quarter ahead with 38% admitting that they are worried about currency volatility in the next three months, down from 46% when asked at the end of June. This is still up on Q1, when only 31% admitted to being concerned about future volatility. Business confidence in managing currency volatility also remains steady, with 75% feeling confident in managing further fluctuations (74% in Q2).

Continuing, Jeremy Cook added: “Calling 2016 an eventful year politically and economically would be a bit of an understatement and SMEs have certainly felt the impact that momentous events like Brexit and an unpredictable US election have had on currency volatility. With sterling tumbling over Q3, it is unsurprising that many businesses have felt the need to alter their investment decisions.

Nevertheless, it’s not over yet and as we head into a fraught US election which could bring up more surprises, UK SMEs need to brace themselves for a bumpy road ahead. We’ve seen the pound fall against the dollar by record amounts over the past few months, and for businesses without the right foreign exchange protection this can add a lot of pressure on margins.”

All figures, unless otherwise stated, are from YouGov Plc.  Total sample size was 679 senior decision makers in small/ medium British businesses. Fieldwork was undertaken between 3rd October and 6th October 2016.  The survey was carried out online. The figures have been weighted and are representative of all British business sizes. World First data on client contracts was collated between 1st July 2016 and 30th September 2016 and refers to UK corporate desk clients only.