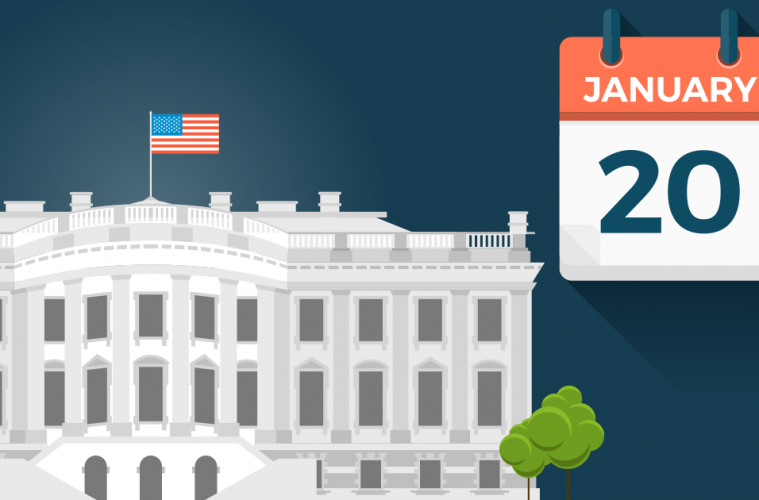 Politicians always talk about the ‘first 100 days’ of a new government—a time wherein goodwill and focus come together and a foundation of change is hopefully laid. Franklin Delano Roosevelt created ‘The New Deal’ in his first hundred days, allowing the creation of social security to support workers following the Great Depression. Barack Obama launched new child healthcare initiatives and promised to close the US camp at Guantanamo Bay.

Donald Trump has at least four years in the White House but we believe that his first 100 days in office will be the most important since the days of FDR. Markets love Donald Trump as President Elect but it will remain to be seen whether he has the same sway once he has taken the oath of office.

We think the first three months of the Trump presidency will focus primarily around the following areas:

Trump’s rallying cry during the campaign was to ‘Make America Great Again’ but a lot of the first 100 days will be focused on making America build again. Trump will likely set out a plan for infrastructure spending that rivals anything seen since America started building interstate highways in the mid-50s. Republican support will not be hard to come across and as long as union matters are taken into account and funding is not cut from social programs, then Democrats will largely back the new President on any infrastructure bills.

Cuts to taxes that focus on income and investment are at the heart of the Republican plan with both President Trump and Speaker Ryan on board. Funds for this will come from cuts to benefit programmes and spending on areas such as healthcare and urban housing support. It will be interesting to see how much cross-party support these measures receive although Republicans do have a majority in both chambers of the 115th US Congress.

The dollar has made an impressive run but our minds keep circling back to the
inauguration of Donald Trump on January 20th as a possible turning point. Markets like to ‘buy the rumour and sell the fact’ and the swelling of asset prices, the dollar and inflation expectations could be a monster version of this trading plan. We cannot be sure until Trump is in the White House and we discover whether or not he will be able to translate his campaign rhetoric into something more substantial once sat behind The Resolute desk.

Trump and Mexico, Trump and China — how much can he row back from extreme comments on tariffs and trade? And indeed, does the 45th President want to?

On the campaign trail Trump threatened to label China as a currency manipulator on his first day in office. He can do this, unilaterally provoking an instant 15% tariff on Chinese goods into the US for a period of 150 days. We would wager that such a measure would lead to a modicum of reprisal from Chinese authorities (sales of iPhones for example) and damage would be wrought on both economies.

Once again we have little knowledge about Trump’s willingness to doggedly pursue these reforms once in office and risks remain that China will feel the need to meaningfully stimulate their economy via both additional fiscal spending and looser monetary policy despite concerns over their longer term effects.

For Mexico the fight has already begun. The decision by Ford to cancel an investment of $1.6bn in Mexico for a $700m investment in Michigan is a big win. The move comes after a tweet from President Trump earlier in the day that cars made by General Motors in Mexico but sold tax-free in the US should be subject to
a 10% border duty.

The North American Free Trade Agreement (NAFTA) allows a car to be built in either the US, Canada or Mexico and as long as 65% of it is manufactured in that bloc then taxes are not paid; Trump wants to end this and it seems like Ford is listening.

This may allow Trump to soften his stance on further tariffs on Mexican products, however we would expect that other industries that have been hurt by lower marginal costs in Mexico – textiles, lumber and agriculture – may want their day of victory as well.

Want to keep up-to-date with the very latest global political and economic analysis? Sign-up to our Chief Economist’s daily update to get marketplace news straight to your inbox.