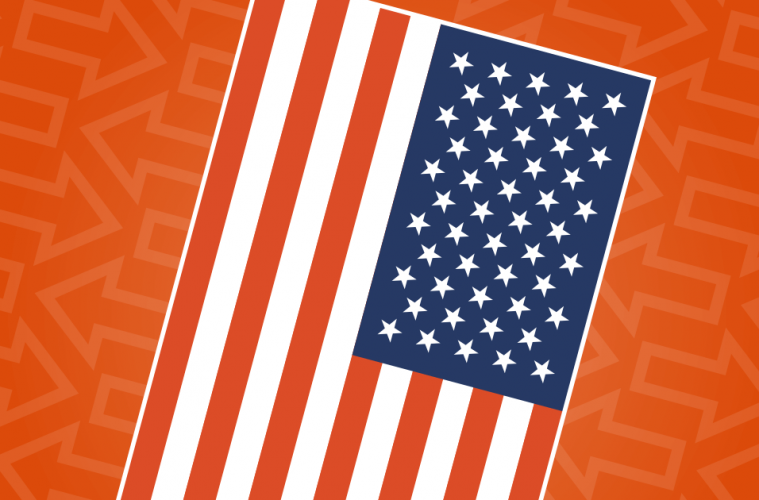 The state of international trade is set to be the focus for the new US President, particularly following the promise that his administration will follow two simple rules: “Buy American and hire American!” Here we take a look at the current state of US international trade and explore whether this domestically focused strategy is viable for the United States in 2017.

In the 12 months to October 2016, the United States imported over $1,800 billion dollars of goods and services, while exporting just over $1,200 billion, leaving the US in a trade deficit of $610 billion. While maintaining a trade deficit for a prolonged period is not necessarily an issue, the size and scale of the deficit that Donald Trump is set to inherit has been the target of many critics, who argue that a trade deficit is tantamount to foreign dependency and a sign of economic weakness.

Accurate international trade data stored with the United States Census Bureau reaches back to 1992, and paints a sorry picture for those who believe a self-sufficient economy is a strong one. As far back as the records go, the US has never filed a monthly, quarterly or annual trade surplus. The ‘smallest’ trade deficit on record came in February 1992, where the US still managed to import $831
million more than it exported.

So where are these imports coming from? And what is it the US is choosing to import instead of producing domestically?

Unsurprisingly, and much to the ire of many Trump supporters, China is the United States’ largest source of goods and services, totalling over $380 billion and accounting for over one-fifth of all imports. Making up the rest of the top five are Mexico, Canada, Japan and Germany, who collectively account for 37.4% on top of China’s 21%. Furthermore, the dependency of the US on these countries is rising: total imports from these five countries has risen close to 25% over the past ten years to over $1,000 billion in the first ten months of 2016. 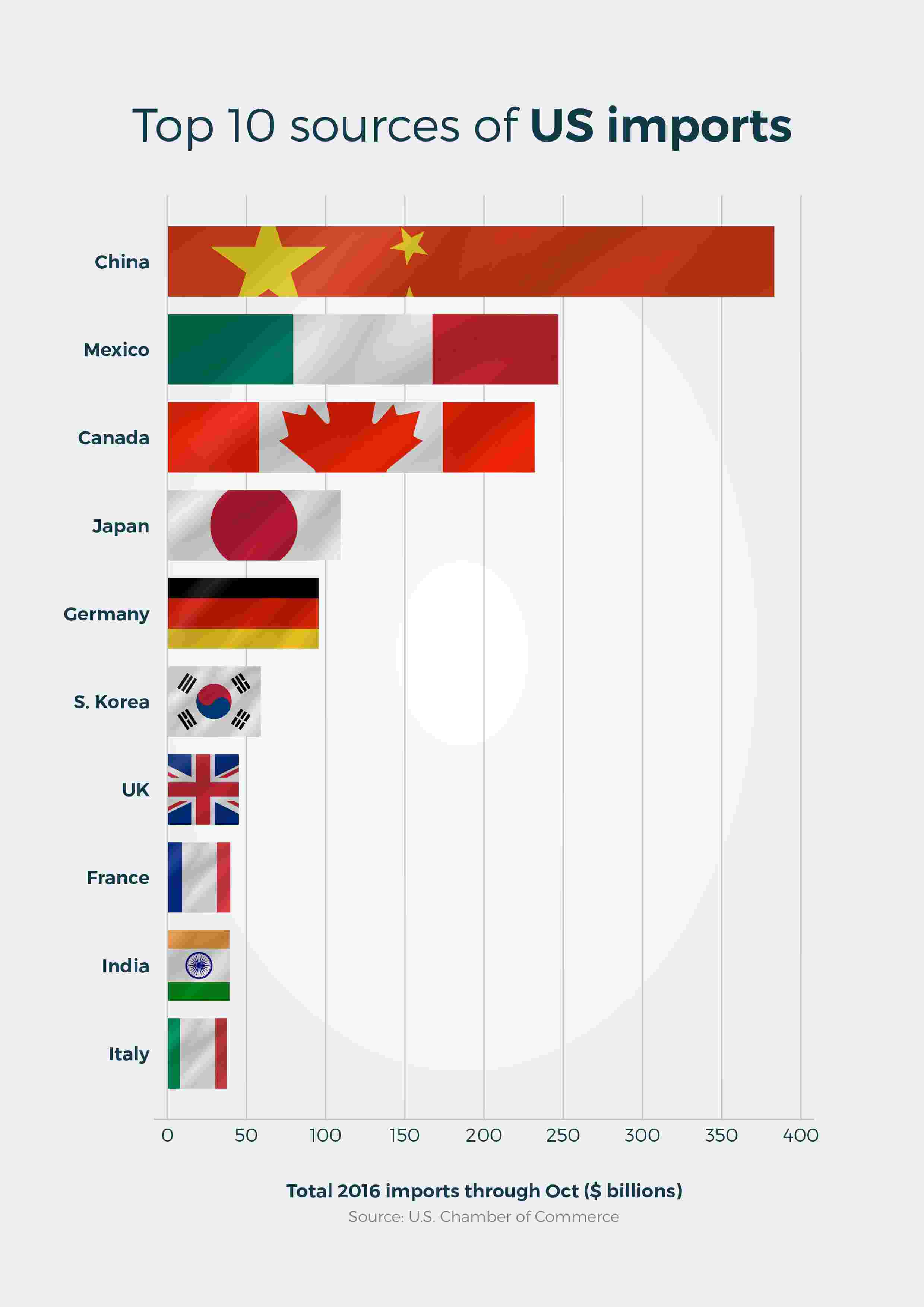 And what are the products, goods and services shipped to the US borders from these countries? Topping the list is motor vehicles, with Japan, Mexico and Canada all shipping cars into the US in their thousands, closely followed by telephone wiring, crude oil, data processing equipment and auto parts.

Nonetheless, the shape and scale of these imports could be set to change in the very
near future. Trade rules negotiated under NAFTA (alongside Mexico and Canada) mean finished cars can cross borders tariff free, so carmakers can utilise cheap capital and labour costs overseas and still ship to the US consumer without incurring penalties or taxation. This could all change under Trump’s administration – he’s hinted that car imports from overseas could amount to 35% of the ticket price, a further incentive for firms to reshore production and imitate the actions of Carrier Air Conditioning and Ford.

But at what cost? The US Bureau of Labor Statistics estimates that manufacturing
labour is five times more expensive in the US than it is in Mexico – and there are only three ways this loss can be absorbed: the producer can take a hit on their profits, cut costs through using poorer quality materials or push up the price facing the consumer, all of which have an inflationary impact on the domestic economy.

The extent to which the US economy can absorb these higher prices will dictate how long the USA can pursue a “buy American and hire American” policy but it’s very likely that after a few years of so called ‘Trumponomics’, the import/export of goods flowing into and out of the USA will look markedly different.

If you’re doing business in America or elsewhere in the world this year, find out how World First may be able to help make your international transfers easier, faster and cheaper.