Hawkish murmurs from the MPC

UK inflation statistics have continued to dominate the economic headlines this week with the 2.5% reading seen for June earlier this week. We saw Dave Ramsden hint earlier in the week that the Bank of England may be pushed into raising interest rates as a means of controlling inflation levels with some predictions getting close to 4%. This has had a knock-on effect triggering Michael Saunders from the MPC to publicly state it could soon be time to withdraw some of the current monetary stimulus as early as next month. All eyes will look to August to see how hawkish they will be. The consensus is that interest rates will be raised 15 basis points as early as May next year.  hit a high of 1.1748 yesterday on the back of this along with GBPUSD reaching 1.3897.

US and UK jobs figures continue to follow similar patterns. Yesterday we had UK ILO unemployment rate coming in at 4.8% up from 4.7% a month ago. This is still lower than the previous quarter largely due to the easing of restrictions. Job vacancies in the UK are up to 962,000 for June up 7% from May, a lot of this is down to the hospitality sector gearing up to fully open on the 19th of July. In the US, unemployment claims fall to a new pandemic low of 360,000 – clear signs that the US is moving in the right direction. To put this in perspective the figure was at 900,000 in January.  Like the UK, the US had a record posting for job openings in May hitting 9.2 million. The positive sentiment around both countries’ employment markets can be reflected in GBPEUR and EURUSD. GBPEUR is up 0.63% this week as well as USDEUR up 0.39% for the same time period.

Today keep an eye on inflation figures coming out of the EU. With both the US and UK positing some high figures this week it would make sense for the EUR to follow suit. Don’t expect anything like the UK/US’s readings, anything over 1% could turn some heads. Lastly, we have US retails sales for June which will give us a good idea of where consumer confidence in the US. 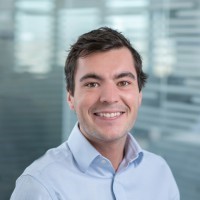