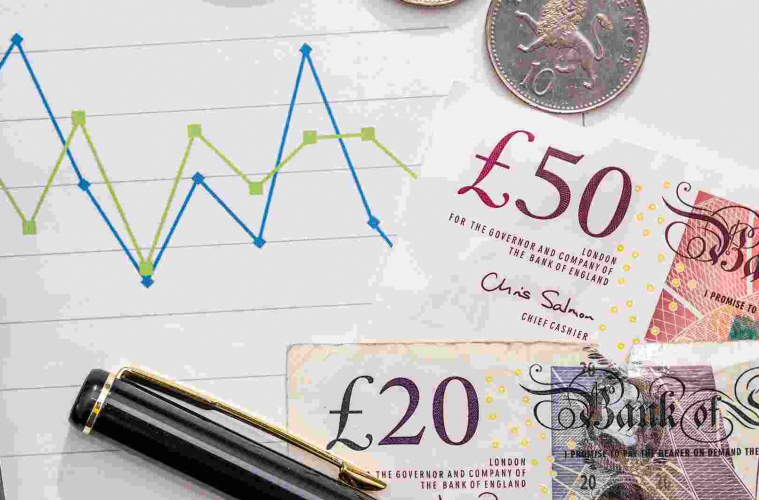 How low will it go? – GBP volatility likely to continue

A little over four months since the Brexit vote and sterling is still looking very poorly. The initial impetus of the vote to leave the EU took sterling between 12-15% lower. Then, another wave of selling hit as markets became increasingly concerned that the UK government would pursue a ‘Hard Brexit’—a prioritisation of immigration and sovereignty over a tariff-free trading relationship with the EU.

Despite the precipitous falls in the pound to multi-year lows in recent weeks, there are a good few reasons to suggest that the blood-letting is not over and that sterling could fall further. Forecasts in the world of currency are an inexact science. However, banks are unwilling to materially call sterling higher in the next 12 months, as we can see from the charts below, and while risks in both the US and Eurozone exist, sterling is likely to remain under pressure. 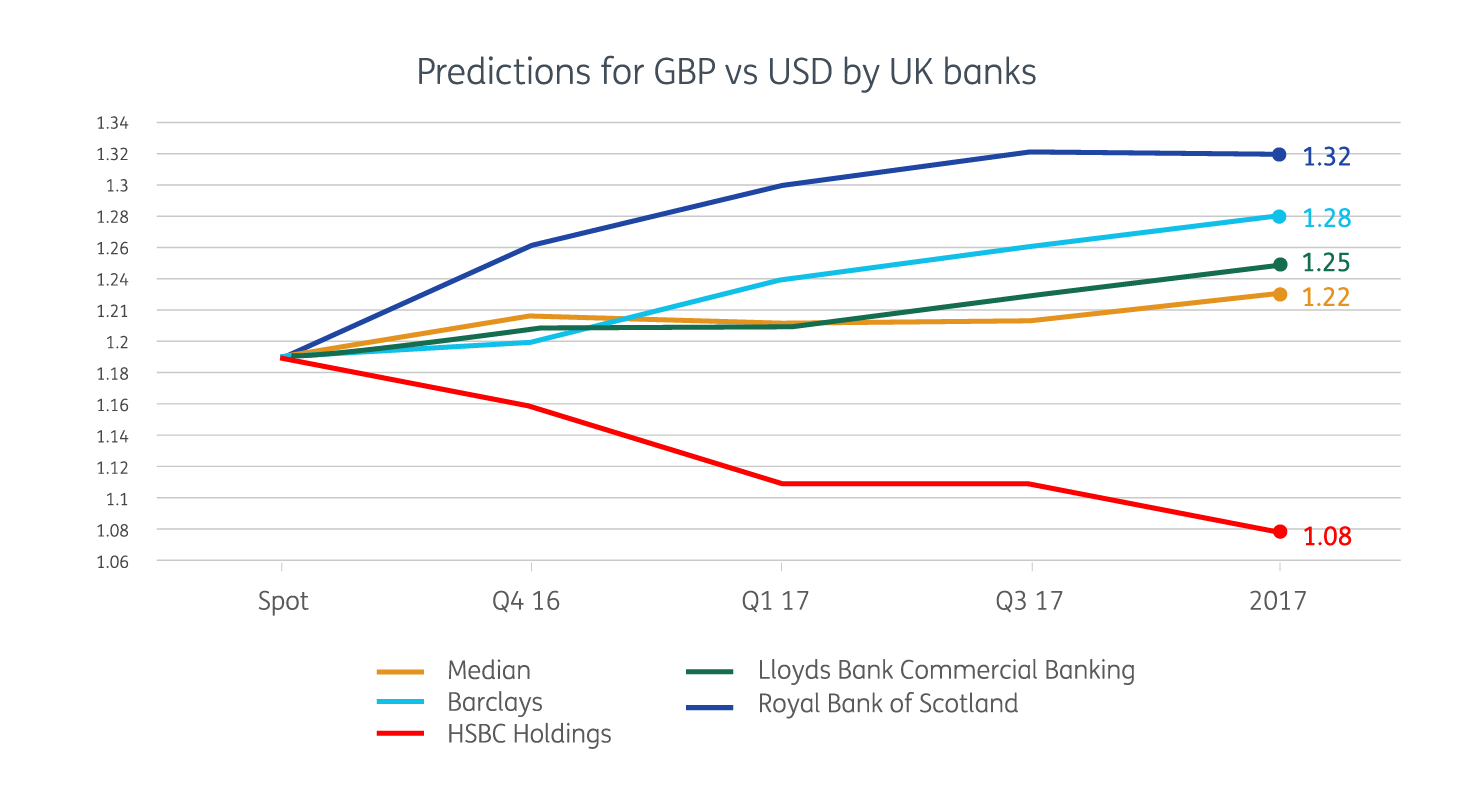 So, what factors are driving the pressure on sterling? Jeremy Cook, Chief Economist at World First, takes a look.

Brexit ‘proper’ begins
Theresa May has promised Article 50 will be invoked by the end of March 2017, starting a two-year countdown until the UK finally waves goodbye, adieu and auf wiedersehn to the EU. Whilst a case that is, at the time of writing, making its way through the High Court may force the government to allow MPs a vote on the terms of Brexit, the drive from No.10 is to maintain a March triggering. As long as markets believe the UK will not be able to negotiate, traders will be unwilling to bet on the pound.

Fiscal measures
Similarly, we are still waiting to hear from Chancellor Hammond the fiscal measures that the government is looking to deploy. A move away from austerity is expected but whether that translates into an expansion of government spending remains to be seen. The ratio of UK debt to GDP remains around 90%. And, with the government running a fiscal deficit (taxing less than it spends) there will be some that mark sterling lower on increased concerns over debt levels.

Monetary policy
Meanwhile, monetary policy in the UK is unlikely to support the pound anytime soon. While markets don’t believe that the Bank of England will cut interest rates in November, many economists do. Given the UK economy hasn’t slowed materially since the EU vote while inflation pressures have driven higher, the danger is that the Bank further emboldens those looking to sell off the pound by signalling that it is not particularly bothered by the performance of the currency.

US elections
Lastly, we must look across the Atlantic. While the chances of a Trump victory seem to be fading, in this of all years we cannot rule out the possibility of a surprise. We believe that the market reaction to a Trump win would actually strengthen the dollar as investors jump into traditional haven assets (even if the US is the source of the turmoil). Sterling, given its litany of issues, would be one of the prime candidates to be sold against it.

Whatever happens over the next few months, make sure you stay on top of GBP movements by signing up for our free rate alerts or by keeping tabs on our live rates page.