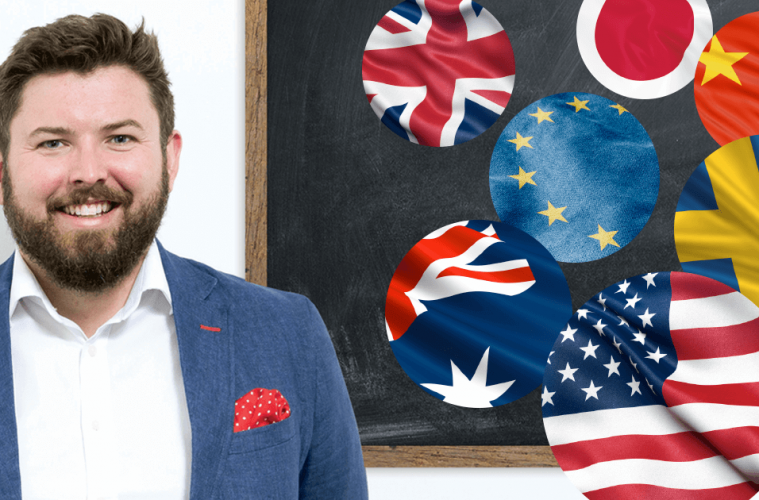 Top of the class:

After an A+ end to the year, doubts over the sustainability of the run of the greenback are starting to creep in as we turn into 2017. I expect that the dollar will remain supported as a result of inflation and growth expectations as well as fiscal stimulus from the new President. The key will be how consistent these gains are; there is a brutal amount of uncertainty surrounding just how much of Trump’s rhetoric will translate into pro-growth policy. Find out more

The great Swiss franc swings of yesteryear seem a lifetime ago as the currency has remained defiantly stout and resolute regardless of the winds that have blown against it. The Swiss National Bank’s policy of keeping the franc weak is very much still in play however we expect that pressures within the Eurozone will cause EURCHF to allow for additional CHF strength. This, plus the likely political pressures that have the potential to run riot in 2017, should push EURCNF towards 1.05 in the next 12 months. Find out more

The krone has ended the year in a volatile fashion with moves from the European Central Bank at its December meeting throwing the Riksbank’s policy agenda for 2017 into doubt. The main rate in Sweden is currently 0.5% below zero and we had thought that ECB decisions to hold off additional cuts would allow the Swedes more breathing room. The decision from Frankfurt to further extend the life of its quantitative easing plan and thereby allow for further euro weakness into a year wherein traders will be sharpening their knives for single currency depreciation, will mean that the Riksbank will have to be more active than neutral in 2017. Find out more

We have more than a few concerns for the AUD and Australian economy going into 2017. We have been overly bearish on the AUD in the past but we now believe that the cyclical effect of the most recent runs of interest rate cuts are starting to lose their effect while the benefits of a slightly weakened AUD are not helping the trade balance as much as it used to. Stronger commodity prices will lift incomes definitively in Australia but, as we have expressed in a number of our outlook pieces, we hold doubts over the ability of a meaningful and long lasting increase in commodity prices. Overall through 2017 we are looking for a decline in AUDUSD down to around the 0.71 mark with risks to the downside courtesy of the potentially negative evolution of President Trump’s relationship with the wider APAC region. Find out more

New Zealand continues to battle a stubbornly high currency and that fight will continue with relatively little success in 2017. Into the New Year we estimate that the NZD is around 12% overvalued against the US dollar and while we look for this overvaluation to lessen as the year goes on, this will be gradual at best. As with its Antipodean counterpart, NZD and the New Zealand economy as a whole will always be viewed through a sphere of Chinese growth and influence. Greater volatility in China means greater volatility Down Under and while greater infrastructure spending in China will help matters, it will not be able to guard against all of these depreciatory factors. We are looking for a slow decline in NZDUSD towards 0.6750 in 2017 with risks to the downside should Chinese growth disappoint or the RBNZ decide to further take on the NZD’s persistent overvaluation. Find out more

A pick up in the oil price towards the end of 2016 has sweetened our end of year thoughts for NOK markedly, but we have doubts on the sustainability of the oil price increase and therefore the expression of further krone gains next year. If, and it is an important if, the wider economy can generate strong non-oil growth and an improving trade balance then the NOK has the ability to outperform the European single currency although we would pick SEK as the winner within Scandinavia.

Yen ended last year on its heels and we think that USDJPY will likely trip over 120 in 2017 with an upward target of 125 if the markets continue to believe that Trump can implement the policies that swept him to power in November’s election. The Bank of Japan is likely to stay quiet in 2017 as we foresee little chance of USDJPY returning towards the 100 level that would engender an expectation of intervention. Find out more

The People’s Bank of China will be, alongside the Federal Reserve, the most important central bank in 2017. The manipulation and movements of the yuan will be crucial to how well China weathers any trade or Trump driven storm. The final few months of 2016 have seen the RMB lose around 3% of its value against the US dollar. We anticipate this to continue in 2017 with a breach of 7.00 in USDCNY in Q1. The main factor is that we have little knowledge about Trump’s willingness to doggedly pursue his trade reforms once in office and risks remain that China will feel the need to meaningfully stimulate their economy via both additional fiscal spending and looser monetary policy despite concerns over their longer term effects. Find out more

Is sterling oversold? Absolutely. Does that mean that it cannot go any lower? Absolutely not. I believe that upside to sterling will return, possibly by the end of the year, although this depends almost exclusively on an easy path of negotiations between the UK and the EU. I think it is therefore prudent to wait until the government has laid out its negotiating plan before becoming bullish on GBP. One bright spot for sterling may be its ability to keep its head above water against the euro given the political issues on the continent. Sterling has been used as a haven of late from issues within European politics. Find out more

Sitting in London I think that markets are overstating the longer-term political risk within Europe, but near-term I see significant weakness in the single currency, especially against the USD. My estimates remain that centrist, status quo parties actually carry French and German elections but lose in the Netherlands. I see the chances of a populist win (PVV, Front National or a Merkel loss) in the Netherlands at 50%, in France at 25% and in Germany at 20%. Run this against an economy that is likely to discount away inflation and a central bank eager to continue stimulus and the combined political and economic storm could be enough to knock the euro quite severely in 2017. Find out more

To find out how these currencies are currently performing and view the latest exchange rates, head on over to our live FX tools page.