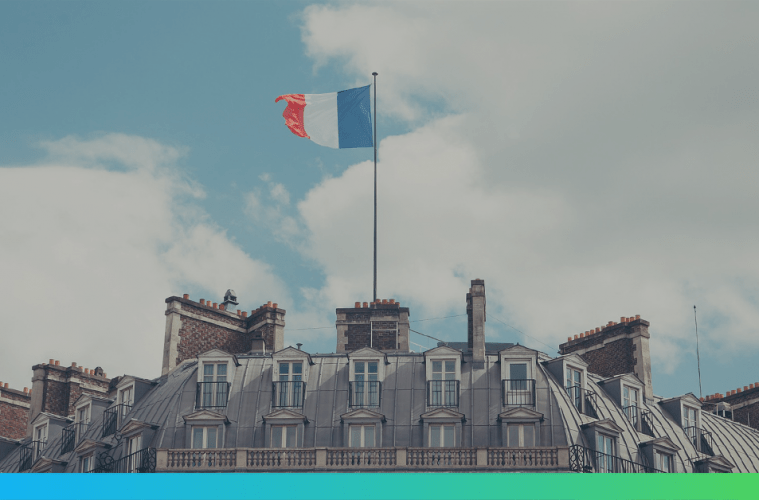 7 places outside France where Bastille Day is celebrated

The French national day – is celebrated on 14th July – quatorze juillet – every year. Celebrations take place all over France, the most established being an impressive military parade along the Champs-Élysées.

But it’s not just France that’s celebrating the day that marked the start of the French Revolution, which commenced with the Storming of the Bastille on the 14 July 1789. There’s a large French contingent spread out all over the world, and plenty of places that are also marking 14th July. There are markets, parties and music festivals aplenty. Here’s our pick of the worldwide celebrations.

London has a large French contingent, and celebrates Bastille Day at various locations across the weekend. Past celebrations have included live entertainment at Canary Wharf, cabarets and special menus at restaurants all over London, a week of French theatre at the Lion and Unicorn in Kentish Town, a garden party at Battersea Park in 2011 and a pétanque tournament at the Chelsea Physic Garden – if you’ve never played it, it’s great; like bowls with heavy balls. This year, for the seventh year in a row, there’s a free event at Bankside and Borough Market, which combines live music street performers, magic acts, classic French games and even a guillotine – don’t worry; they’ll only be chopping fresh watermelon.

In the Czech capital of Prague, a traditional market is held at Kampa Square, which is located right next to the famous Charles Bridge. This year will be the sixth year of the French market in Prague – the inaugural event marked the handover of the EU presidency from France to the Czech Republic – and as always, will bring together a wide selection of French produce, among them cheese, wine, meat, breads and pastries. There’s live music throughout, and the festivities continue into the evening, when lanterns light the place up – a terrific atmosphere.

Pondicherry, on India’s south east coast, was under French dominance for a period of 300 years, creating a French heritage in the city’s Pondicherry. Pondicherry has in the past seen battles between the British and French, and was once the centre of French business in southern India. The French influences are clear to see from the culture of the city, and the fairs and festivals that take place there. Bastille Day is therefore celebrated in style there – on the day before, retired soldiers take part in a parade and sing Indian and French National Anthems. On the day itself, uniformed soldiers march through the street, honouring those the French soldiers killed in battle. French and Indian flags fly side by side.

Recent links between France and New Zealand have included the creation of Te Pūtake – a Maori garden in France last month – and exchanges of scientific knowledge in the field of cave art. Bastille celebrations last year took the form of a powhiri – a Maori welcoming ceremony involving singing, dancing and speeches – marking the start of an official reception held at the Residence of France. There was also a special event given for the French community in Wellington at the Residence of France. The Auckland suburb of Remuera also celebrates with a Bastille Day Street Festival. Now in its third year, visitors can enjoy French music, dancers, mime artists, and French food and drink.

Another foodie Bastille celebration is taking place in the Western Cape at Franschhoek – South Africa’s gourmet capital – which will be marking its centuries-old French Huguenot heritage with a food, wine and entertainment aplenty all weekend long. Lucky visitors staying overnight at local hotels may even get a free bottle of Franschhoek wine. The French Consulate in Cape Town will also hold its own celebration with a party for the French community.

In 1881, following a lengthy struggle with England and Protestant missionaries, France annexed a large part of what is now French Polynesia. Bastille Day became symbolic for the Polynesians, and remains important to this day. Traditional native canoe races, fire walking and tattooing are among the activities at the Tahitian Heiva i Tahiti festival, which concludes on Bastille Day. The event also includes a traditional singing competition, plus dances which have taken up to six months to perfect. Music comes in the form of an orchestra made up of traditional instruments – from a nasal flute made of bamboo to a ukulele. It’s a special event for those proud of their heritage.

Finally, the United States, where annually, more than 50 cities hold Bastille Day celebrations. Among the highlights is Milwaukee’s 4 day street festival, which starts with a “storming of the Bastille”, complete with a 40 foot Eiffel Tower replica. New York City turns The Empire State Building red, white and blue. In Philadelphia, July 14th celebrations are held at Eastern State Penitentiary, and features ‘Marie Antoinette’ throwing pastries at the Parisian militia. In California, Sacramento holds “waiter races” every year as part of a street festival, and San Francisco celebrates in style in the city’s historic French Quarter in Downtown.   It’s fair to say that most of these events, great as they are, are quite a long way to travel for. But just so you know, if you’re heading to the US any time soon, the pounds v dollars exchange rate (GBPUSD) recently hit its highest level since October 2008. Also, the pounds v euro (GBPEUR) is at its highest since October 2012. You’ll get nearly 105 Indian rupees for a pound, that’s a third more than four years ago. A pound will also get you around 1.95 New Zealand dollars and about 18.4 South African rand. As for Tahiti, one pound will get you 150 CFP francs – that’s the most since July 2012. Check out more exchange rates here.   So, if you don’t want to leave the country this Bastille Day, do what I do instead – steak frites for dinner, and a cheeky pain au chocolat for dessert. Magnifique.