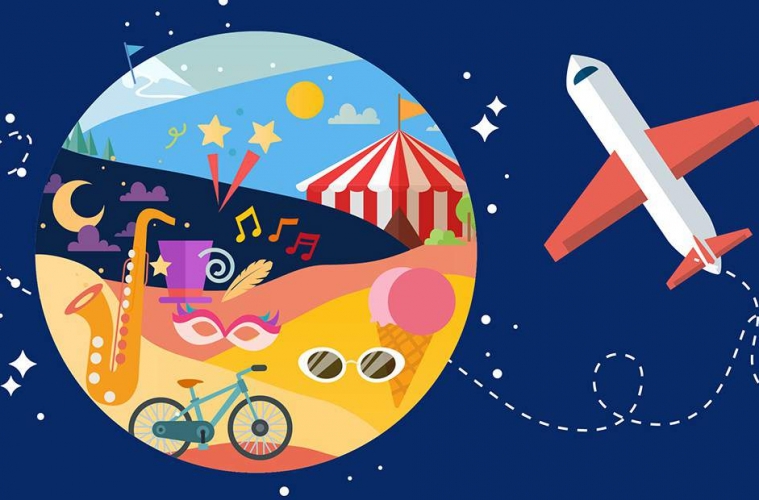 Getting tired of the cold and grey winter skies? Need an escape from your 9-5? At World First, we’ve got you covered. To help you beat the February blues we’ve scoured the world to find the 101 most exciting events taking place this year. Here’s your February digest of the top nine must- do events this month. So what are you waiting for – time to plan your next adventure.

Québec, Canada
Running since 1955, this is the largest winter carnival in the world today. From dogsled races to ice palaces and snow sculptures to night parades, this is the place to go for all things winter!

Copenhagen, Denmark
A nationwide music festival featuring 500 concerts over 100 venues – all over the course of three weeks. Featuring live music all over Denmark, this festival kicks-off the Danish Jazz club season with an oomph.

Colombo, Sri Lanka
2017 will mark the 69th year of Sri Lankan independence from the UK and it’s celebrated in style. With parades, flag-hoisting ceremonies and speeches, Colombo is the perfect place to take it all in.

Saidaiji-naka, Japan
Imagine 9,000 men dressed in just loincloths fighting to retrieve a sacred items tossed into the crowd by a priest. Lucky winners are blessed with a year of happiness.

Melbourne, Australia
In one of Australia’s most celebrated events, the city’s landmarks are transformed into works of art. This all-night cultural affair offers all sorts of entertainment including theatre, music, film, dining and visual art.

London, UK
An alternative to the Oscars, BBC film critic Mark Kermode shines a light on films that have been overlooked in the year’s Oscar nominations. Previous winners include Pan’s Labyrinth, Christopher Nolan and The Lego Movie, proving time and again that some of the best cinema goes unrewarded by Hollywood’s foremost ceremony.

Sochi, Russia
Held only once every four years, the Military World Games is back-in-action in 2017. A true multi-sport event, it features everything from alpine skiing to climbing. Don’t miss some of the world’s best military sportspeople compete.

8. FASTNACHT IN MAINZ (THE MAINZ CARNIVAL)

Barranquilla, Colombia
You’ve probably heard of Rio Carnival, but what about Barranquilla – its Colombian counterpart? Festivities abound as over four days the commercial Caribbean port city attracts a crowd 1.5 million strong including 25,000 performers.