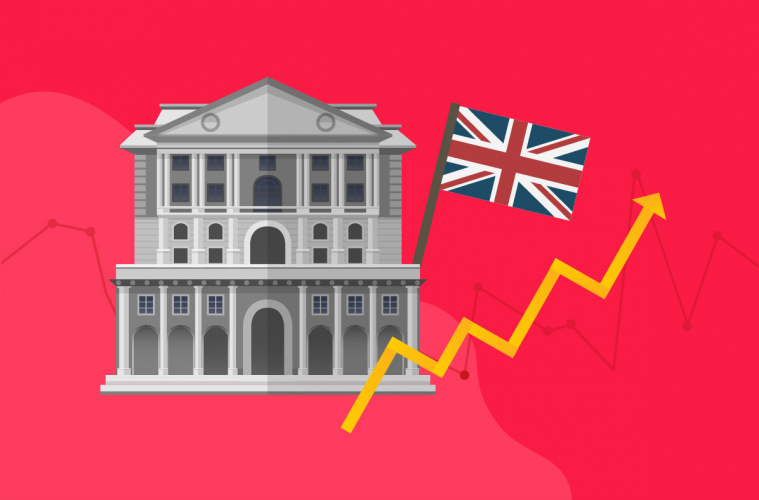 The Bank of England’s ‘Super Thursday’ meeting is undoubtedly one of the closest interest rate decisions that we have seen in recent years, with chances of a rate cut hovering around the 50:50 mark.

The question that our clients have been asking over the last three weeks has simply been “why?”. In short, early economic data releases for the UK in January proved turbulent, with noticeable downturns in the retail and manufacturing sectors; confusingly this was followed by a decrease of £600 million in Government borrowing, increased business sentiment and the best employment figures since the 1970s.

Whilst it is important to try to make sense of what comes next, it is also necessary to remember the how’s and why’s of how we got here in the first place.

A new Governor of the Bank of England

Back in 2013, Mark Carney took up the governorship of the Bank of England fresh off the back of the equivalent role for the Bank of Canada, where his actions were much lauded for helping Canada avoid most of the fallout from the 2008 financial crisis. Upon taking up the reins in Britain, he could perhaps have been excused for thinking the worst was behind the UK with rates at 0.5%; however, as he now delivers his last update as Governor of the BoE, we could be back exactly in the same position.

Although Brexit certainly shaped the impact that Carney could provide by dropping rates to 0.25% in 2016, in many ways, the BoE has never really been able to shake the reactionary thinking ever since. Whilst he has overseen greater unanimity within the Monetary Policy Committee, which votes on the rate movements, this can be both a pro and a con. For example, though the boost in unanimity has delivered greater certainty upon votes, it could also be viewed as top-down, cultist thinking. Sadly, for Carney, the latter has also led to his political neutrality being called into question, especially when making announcements on Brexit, the economy’s health and preparedness for a no-deal scenario.

Whatever side of the argument you fall on regarding Carney’s agenda, the fact of the matter remains that his hand is being forced not only by Brexit but also by the state of the world economy. Fundamentally, the health of the global economy is still extremely fragile despite the current de-escalation of the US/Chinese trade war, which has decimated trade chains far outside of their own internal economies. The ongoing dispute, coupled with punitive reciprocal tariffs on foreign goods, has sapped consumer sentiment, driving central banks globally to reduce rates in order to stimulate their citizens to spend rather than stockpile their funds. Interest rates across the EU, currently at 0%, are set to be negative in the year ahead and even the Federal Reserve has had to back down from its previous stance of higher rates to fall in line with declining domestic demand – much to US President Trump’s delight.

In addition to the poor consumer confidence, as people live longer and the workforce ages, the amount of money that goes into savings increases as retirement funds are collected and risk removed. Whilst this has a knock-on effect of cheapening the cost of government borrowing, thus allowing the Conservatives to loosen their purse strings during their successful 2019 election campaign, it does also mean growth slows as companies invest less and payout more dividends to those retiring instead. Conversely, stock markets have been surging as financial institutions, young savers and those looking for greater yields on their savings flood to riskier assets. For now, while 2008 is still not washed from the memory, the risk to reward balance seems under control; however, excessive risk-taking and hunting for even higher highs means that, inadvertently, central bankers could well be contributing to a future recession if the cycle collapses.

As far as the pound goes, as mentioned in “Sterling’s chances at 60/40” the higher the chance of an interest rate cut, the lower the value of the pound falls, as huge institutional traders move their holdings to currencies with greater yields. Usually, the outcome of an upcoming BoE meeting is known as being ‘priced in’, as traders in the market obtain certainty for trends in economic data releases and comments made by central bankers. However, with the market at a loss to be able to call it either way and a mere two working days to go, we have put together four potential scenarios on how Super Thursday could play out:

All nine MPC members could vote for a rate cut. The decision could be based on a global slowdown in economic growth and further Brexit uncertainty – mostly in the form of exiting the single market early. With increasing economic slowdown expected, inflation and wage growth pressures could mount, signalling further rate cuts throughout the rest of 2020. GBP could be under significant pressure and we would expect a decline in its value.

Five to six MPC members could vote for a rate cut based on a future free trade agreement in 2021. Global recession fears remain but could be downplayed for now, leading to a ‘one and done’ rate cut approach. This would likely be dependent on the employment and wage data holding steady at current levels. GBP could sink lower but plateau earlier than in the first scenario.

Three to four MPC members could vote for a cut. The majority could see improved business and investor sentiment in the UK with global growth forecasts remaining unchanged. Uncertainty over UK trade talks could remain high, resulting in a wait and see approach. GBP could be largely flat, consolidating its positions across the board.

Two MPC members could vote for a cut. Positive sentiment could then forward the BoE rate hike program, alongside revising global sentiment higher and reducing short-term inflation and employment concerns. This could signal a strong hawkish turn for the BoE, wiping away rate cut concerns. GBP could register a modest upturn in its fortunes, as institutions back sterling for a rate increase under new Governor Andrew Bailey in March.

Have a great week,