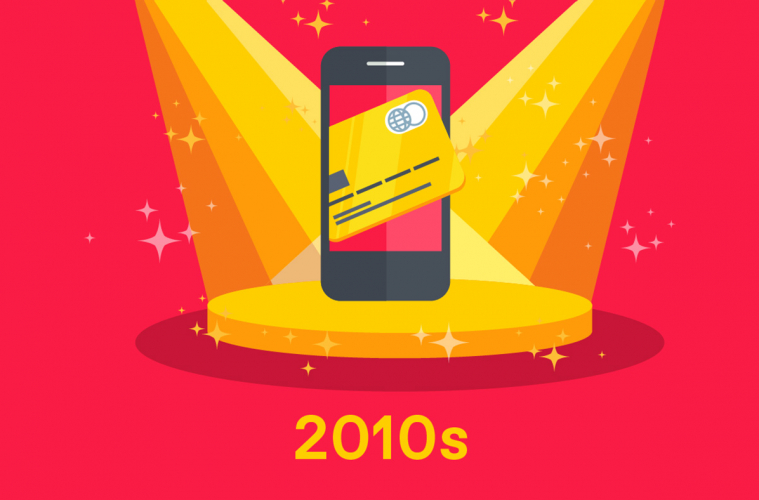 Highlights of a decade

The break-neck pace of the 2010s was largely driven by technological and unexpected political shifts. We’ve consolidated a list of the highlights of the last decade which we believe had a real impact.

The smartphone is inextricably linked to most of the leaps forward in consumer payments, not least NFC technology that facilitated the huge growth enjoyed by Apple Pay, Samsung Pay and Android Pay. However, it was the humble QR code – a square barcode-like system that failed to catch on in the West – that revolutionised the Chinese payments landscape in the last decade thanks to mobile wallets such as Alipay. It signalled a new frontier of payment tech in China upon its launch in 2009 when it spun out of Taobao, the Alibaba P2P eCommerce site, to the point that it now owns over half of the Chinese domestic payments market and the former enjoys over 700m monthly active users. This ubiquity eventually resulted in Alipay becoming one of only a few so-called ‘Super Apps’, surpassing 230 million daily active users with 120,00 lite apps by Spring of 2019, hosting a range of other ‘mini-programs’ within its ecosystem covering ordering a taxi to wealth management, lots of which support Alipay payments in-app.

The evolution of payment of digital money

Distributed Ledger Technology, the most famous of which is blockchain. DLT/Blockchain is a method for recording and therefore transferring assets or contracts within the digital age. It facilitates the instant transfer of assets around the world and has been deployed by various financial houses and exchanges. The speculative bubble that surrounded Bitcoin largely put paid to it as a means of payment, meaning Ripple has probably become the most successful application f the technology within the payments space. To put the potential benefits of DLT in perspective, even the archaic institution that is SWIFT knows it is the future and is slowly adopting the technology.

Whilst integrating one API might seem pedestrian or the bare minimum in 2020, the rise of tech within finance upstarts heralded the start of a promise that will likely only be made good on over the next decade. At the start of the 2010s, we began to see the unbundling of financial services and banking into API-driven narrower ‘vertical slices’ such as PayTech, WealthTech, LendTech and InsureTech, for example. Towards the end of the ’10s, we saw a dramatic re-convergence of those narrow slices into ‘re-bundling’ of financial services, as each provider began to partner with other FinTech’s to incorporate supplementary services alongside their core offerings or offered an open ‘ecosystem’ for users and consumers to select a ‘pick n mix’ of their providers.

UK Bank of England in flux

Mark Carney was appointed the Governor of the Bank of England in 2011, amid the downturn following the banking crisis. Under Mervyn Kin’s tenure, Carney’s predecessor Mervyn had allowed inflation to spike to circa 5% which, at the time, was viewed as transitory. Against a backdrop of challenges with inflation, historic low-interest rates and a program of asset purchases already underway, Carney did not have many tools left at his disposal to effect change. Part of what Carney did was to introduce the concept of forward guidance to the market, giving clear indications on future policy directions to give the markets reassurance. The UK economy re-emerged as one of the fastest-growing countries in Europe and made a robust recovery from the financial crisis until the Brexit uncertainty hit.

Mario Draghi (head of the European Central Bank) promises to do “whatever it take” to support the Euro. In the contagion that followed the 2007/2008 financial crisis, the sovereign debt crisis engulfed the Eurozone as a group of countries were bailed out to avoid a default on their debts – Portugal, Ireland, Greece and Spain were all forced to take funds from the ECB and to adopt austerity measures, causing deep political unrest and resentment of the Eurozone within these countries. The subsequent populist movement has pushed against the very notion of the EU and the political ramifications are still being felt today. EBPEUR finished the 2010’s at pretty much the same level it started at, which is remarkable given the events that unfolded and the periods of intense volatility along the way.

The US economy on the edge

The Federal Reserve Board (FED) continues Quantitative Easing (QE) with QE2 and QE3. Having deployed “extraordinary measures” in the wake of the 2007/2008 financial crisis, the FED decided to double down on this strategy in November 2010 by announcing a fresh US$600bn in purchases. In 2012, they announced QE3, an open-ended US$40bn per month of purchases. These purchases sparked the bull run in equities that drove the index to record highs. The FED tried to wean the US economy off stimulus by tapering the purchases of assets and raised interest rates briefly. Trump has introduced fiscal policies to support the economy and, in a largely unprecedented move in recent times, applied overt political pressure to the FED to reverse its rate hike.

Over the last decade, we have seen increasing consumer protection via regulation in the shape of:

All of these have required Payment Institutions (PIs) to adopt new measures and controls to keep our clients, their funds and the financial system itself safe.

Rise of the FinTech

In 2010, the Foreign Exchange (FX) market was still dominated by the banks and a few telephone-based brokers. Online dealing platforms were beginning to be launched by the early adopters, but most transactions were completed over the phone. After which, there was a steady increase of disruptive FX companies and wider payment solution-based start-ups reshaping the business landscape – ensuring the growth of FinTech companies.

Aside from the advances in products and ecosystems we’ve covered above, the last ten years also marked a change in the wind when it came to pricing transparency and simplicity, of which FinTechs have been at the vanguard. In a bid to shake up the status quo of large, slow, opaque players charging unclear fees and trading on the promise of ‘service’, these nimble tech-first businesses ostensibly had either lower overheads by offering an intuitive simple product or proposition, or were content in loss-leading for the first few years to gain a foothold in the market. Thankfully, in some cases, it’s not a choice between a company with an innovative product or competitive pricing.

For example, at WorldFirst we launched a straightforward and transparent pricing structure last year, allowing businesses to access affordable FX costs up to 85% lower than the high street banks.

Now that 2020 has begun, we’re keeping an eye on the following:

If you plan on trading in 2020, contact us today to find out how WorldFirst could help you. For up-to-date market news, you can subscribe to our economic updates written by our team of forex correspondents.