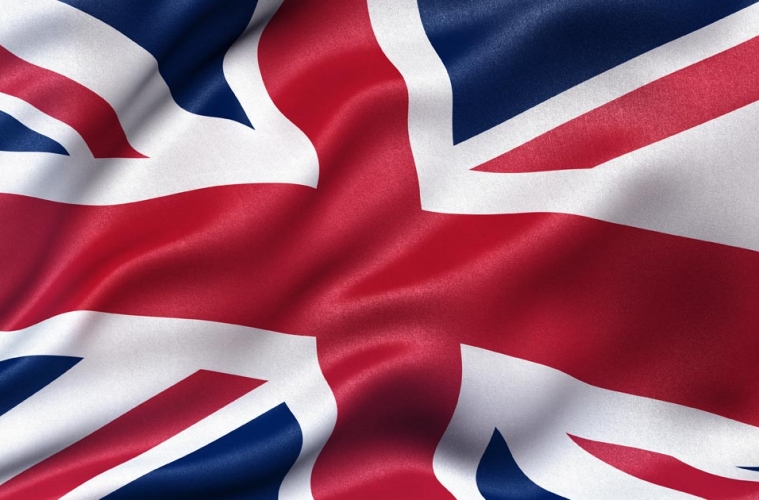 Sterling has had a pretty hideous second quarter – only gaining against the Swedish krona and the New Zealand dollar in the G10 between the beginning of April and the end of June. The pound also hit a 7-month lows against the USD in June so can we expect further losses in Q3?

Here are three things that will determine the pound’s progress through the next 3 months. 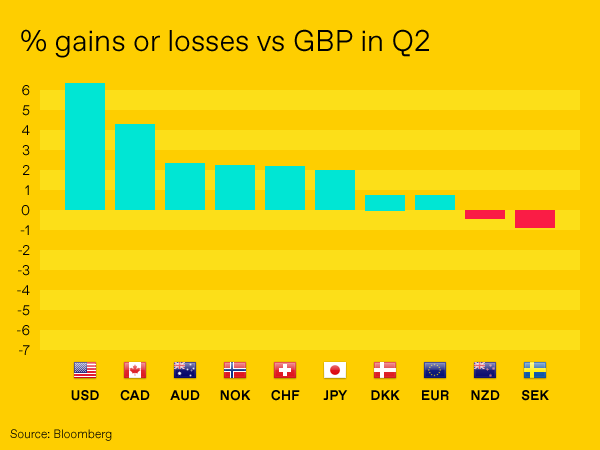 The progress of the Customs and Trade Bills

In June the Brexit conversation focused in on the EU Withdrawal Bill and a possible rebellion by Conservative MPs against the Government over a ‘meaningful’ vote on the terms of Brexit. Ultimately, however, the rebels folded and the bill passed.

Of course, there will be more skirmishes between Brexiteers and Remainers during Q3 too. By July 24th, for example, two bills on trade and customs have to go before Parliament and the amendments on those will probably generate even more rebel support. For now, Theresa May is safe in No.10 too; more as a result of the fact that nobody actually wants her job until April next year (i.e. after Article 50 expires) rather than any particular endorsement of her premiership.

Mostly Brexit is played out behind the scenes but headlines from both Westminster and Brussels can always upset the apple cart.

The August Bank of England meeting

Coming in August, this meeting is also a Quarterly Inflation Report and as such will see a press conference, a new set of economic forecasts, the minutes of the August meeting and a rate decision all within a 30 minute period. Following the decision to not hike rates in May, those who were looking for a rate hike then have transposed the same arguments on to the August meeting.

We originally thought that the Bank of England would hold off on a 25bps increase in August given that the initial reading of UK GDP for the second quarter is due 10 days after the Bank of England’s Quarterly Inflation Report; however, tomorrow will see the Office of National Statistics publish its first ever monthly GDP report covering the month of May which Carney has said would give the Bank of England enough information to go on.

We’re not fans of raising rates at the moment but it does look like it will happen in August as inflation pressures build once again. Unfortunately, sterling has decoupled from Bank of England interest rate expectations and a hike in interest rates therefore will not immediately translate into a run higher for sterling.

The Bank of England’s next meeting is at noon on August 2nd and interest rate expectations markets put an 82% chance of the base rate increasing then for the second time in 12 months.

Inflation – not going away any time soon

Wage growth might have overtaken inflation during Q2 but inflation remains an ever-present risk at the moment. Movements in oil markets are starting to concern those who had thought the spectre of inflation had diminished in recent weeks with the cost of a barrel of crude oil rising to the highest level since 2014.

While not many of us buy barrels of oil, many of us are drivers and more still depend on the goods and services that are in some way transported by road, rail, sea or air. Oil prices touch every industry in some way and higher oil prices could drive inflation back above wage settlements in the very near future.

A move back to negative real wages will be seen as bad news for the UK economy given the emphasis placed on consumption.