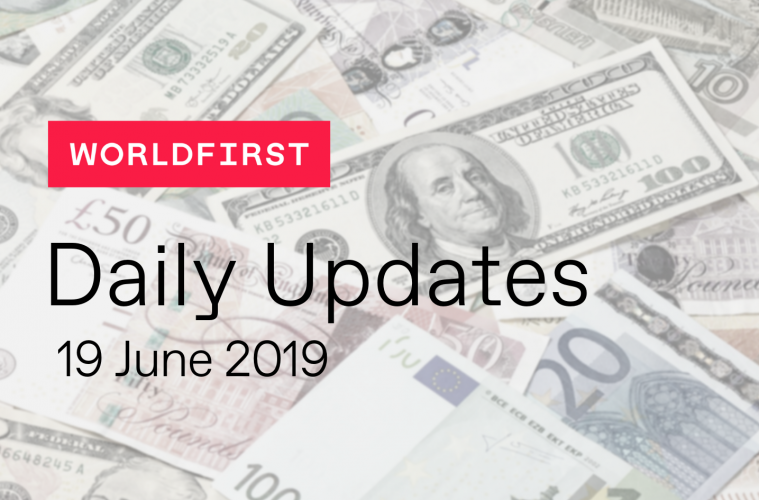 Daily Update, 19 June – Dollar Braces Itself Ahead of FOMC

For FOMC meeting tonight at 2am (GMT +8:00), the growing consensus has been for the Fed to take a dovish stance towards future rate policy. Markets have come to expect as many as three rate cuts by end of this year. Although there is currently only a 22.5% chance of a cut tomorrow, to say the Fed finds themselves in an undesirable spot is an understatement. Looking back at the rate decision last December, the Fed had forecasted two hikes in 2019. With President Trump pressuring for a rate cut and central banks’ attempts to stimulate economies globally, economists are expecting an 83% chance of rate cut in July. USD/SGD reversed previous days’ gains and is currently trading at 1.36 interbank levels.

The Euro dipped against most major currencies yesterday after ECB President Mario Draghi took a dovish stance and hinted at further monetary policy easing to stimulate the European economy. US President Trump had lashed out on Draghi and tweeted that he is ‘making it unfairly easier for them to compete against the USA.’

On data end, the result of German Zew survey came in well below expectations at -21.8%. This is an indicator of economic sentiment in Germany, and is most likely to be affected by the slowdown in the German manufacturing sector and increased global trade war tensions. EUR fell against the SGD by 0.53% yesterday. 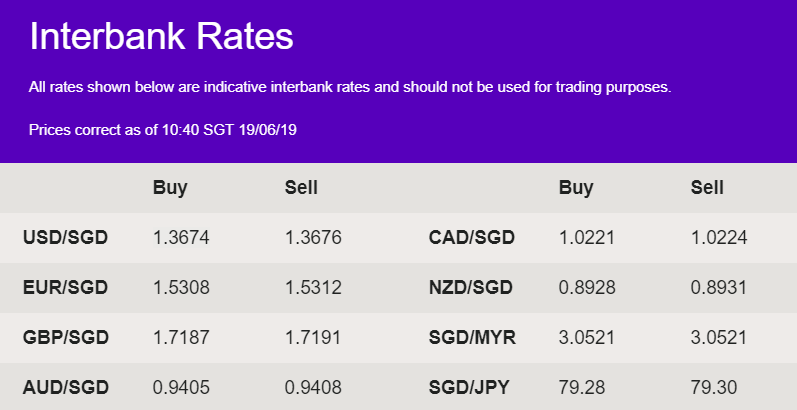